The RECHARGE HNP enhanced recovery treatment from Linde and Nissan Chemical improved yield on depleted wells in Texas up to 564%. (Source: Linde)

As the race continues to complete new pipelines linking the Permian Basin to the Gulf Coast, operators are reviewing strategies that can maximize returns once the spigots open. Staking claim for new wells is the primary strategy. However, there are tens of thousands of existing wells, including marginally producing ones, that are worth a fresh look, and they may deliver more expedient returns.

During the past decades, second-generation huff-and-puff (HNP) treatments using CO2 or nitrogen (N2) have delivered a step change in performance versus traditional steam methods (Figure 1). An energized HNP treatment that uses nanoparticle technology, nanoActiv HRT by Nissan Chemical America, offers the potential for use in a wide range of the more than 1 million active wells in the U.S. 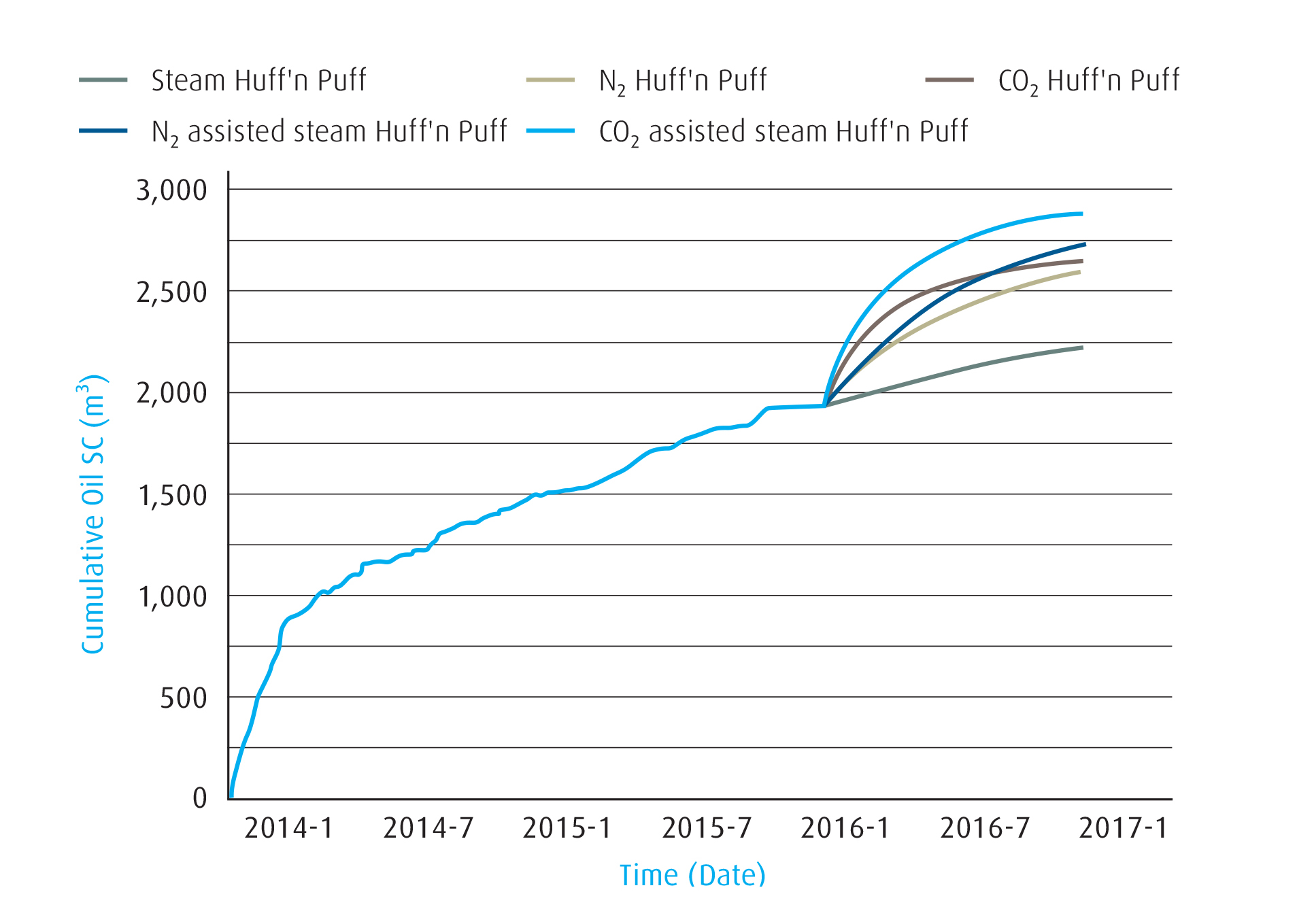 FIGURE 1. The chart depicts the impact on production of several new types of HNP treatments since 2014. (Source: Linde)

Known as RECHARGE HNP, an enhanced hydrocarbon recovery treatment, the technology was jointly developed with Linde LLC and Nissan, and formally announced at the Unconventional Resources Technology Conference in July 2018. The new treatment has generated double- and triple-digit increases in daily production rates for oil and gas wells since 2016. Like traditional HNP, the treatment consists of three phases: injection, soaking and production. However, experience indicates soak times can be reduced to speed payback to 60 to 90 days or less on select wells.

CO2 or N2 is used to drive proprietary nanoActiv HRT nanoparticles farther into the formation and enables them to penetrate deeper into the capillary fractures and micropores of the rock. The gas works synergistically with the Brownian motion of the dispersed particles, which wedge between rock and oil, releasing additional hydrocarbons.

The new technology can address multiple downhole problems simultaneously in almost any type of existing well or formation. It can be effective in virtually any U.S. oil- or gas-producing region from the Permian Basin to the Bakken reserves in North Dakota. Because the multispectrum treatment is also low cost, it can create new opportunities wherever existing wells are starting up again.

If an operator manages 300 wells, for example, and can treat each one for a fraction of the cost of refracturing, that represents a low-risk proposition, especially when the investment could be recouped on many of those wells in less than 90 days. While there is no production guarantee, every well treated to date has responded. Once a well responds, it can be treated repeatedly as long as residual returns meet the operator’s goals.

Figures 2 and 3 show cumulative results for both highand low-dose treatments on two horizontal openhole completions in the Austin Chalk and Buda formations in central Texas, monitored for 180 days. Production improvements in barrel of oil equivalents ranged from 12% to 174% in the Austin Chalk (Figure 2) and from 30% to 564% at the Buda wells (Figure 3). (A fifth well, a shut-in treated at a fractional dose and with a high water cut, did not generate appreciable levels of oil for 160 days, and then produced a 20% uptick.)

FIGURE 2. The chart reflects cumulative oil production for the Austin Chalk wells before and after a RECHARGE HNP treatment (with N2 and nanoActiv HRT nanoparticles). (Source: Linde)

As the chart indicates, the high-dose wells produced substantially higher returns. There was also direct correlation between dosage rate and duration of response. Since the initial treatment, all the high-dosage wells have produced above their starting levels for more than two years.

Linde’s oil and gas services team considers any well that produces a net gain within 180 days after treatment successful. The new technology also can help operators even if their goal is not immediate payback. Those managing marginal wells, or even those with slightly or moderately negative returns, are often more interested in postponing completion costs or at least narrowing losses. The new HNP treatment can be applied this way—and may generate bonus returns that exceed breakeven for months or potentially years.

For most existing wells, though, rapid payback is the primary goal. The main challenge is how to evaluate wells for treatment and payback potential. Toward that end, the accompanying sidebar lists screening criteria for wells most likely to deliver payback within the first 60 to 90 days.

Well screening criteria for rapid payback
These criteria help identify existing wells most likely to generate a payback within 60 to 90 days after RECHARGE HNP treatment. Wells do not have to meet all criteria to benefit. Treated wells have typically produced results over extended periods.
Production
A good IP with a gradual decline curve indicates continuous well depletion and wettability issues. Current production should be less than 10% to 20% of IP, preferably more than 5 to 10 bbl/d (greater than 20,000 scf/d).
Field data
Well performance should be on par with other wells in the field. “Thief zones” and extensive fractures need to be understood.
Treatments
Acid and other past chemical treatments may negatively impact properties of nanoActiv nanoparticles (pre-wash required).
Well equipment
Pumps, linings and gaskets must be in good mechanical condition to ensure proper pressure levels and treatment.
Water
Excessive salt content (e.g., potassium chloride) and total dissolved solids may negatively impact the nanoparticles.
Water cut
Less than 80% with N2 or less than 90% with CO2 is ideal, and the dilution rate may increase with greater treatment dosages.
Net pay zone
The net pay zone should be less than 30 m (100 ft) vertical to optimize 60- to 90-day payback.
Porosity
Porosity should be greater than 8% on conventional wells or greater than 4% on unconventional wells.
Oil
Oil gravity should be less than 30°API, CO2 preferred. Avoid asphaltene precipitation conditions.

The RECHARGE HNP treatment can be effective on wells that do not meet all the rapid-payback criteria. Each well is individually assessed and prescribed the recommended treatment by Linde and Nissan. Part of the reason the treatment has been so successful to date is that both the gas and the nanoparticle are relatively benign to the rock and well conditions. The treatment can work, for example, whether the well is water-wet or oil-wet or the rock formation is limestone, sandstone, shale or a mixture.

The new energized HNP treatment offers plays for both conventional and unconventional wells.

Operators dealing primarily in older fields might be managing many vertical wells that are marginally economic. At the tail end of production, operators can delay the cost of plugging, which could be $15,000 to $20,000 per well, and deploy capital elsewhere. The new HNP treatment can treat multiple wells in a day for less than the cost of completing a single well.

At the other end, operators might have vertical wells producing moderately well but that could use a workover. The energized treatment can eliminate blockages due to fines migration and clay swelling. It offers a relatively low-cost method to clean near wellbore to get the well flowing again.

One method to restimulate or enhance recovery of unconventional wells is refracturing. Production of these wells typically declines by 75% to 95% after 12 to 18 months. During the past five years, operators have reviewed their options for unconventional wells. Acid jobs, which are common and relatively inexpensive, carry their own risks and limitations. Operators could refracture, which is expensive and imprecise, or they could treat with RECHARGE HNP at about 10% of the cost of refracturing. If the rock has more oil in place that can qualify for recovery, then this treatment offers potential with low risk.

In conclusion, the effectiveness of the treatment depends on both the gas and the nanoparticle as well as the prescribed dosing and pumping sequence for each well. The choice between CO2 and N2 generally depends more on delivery costs than on any real difference in performance, and the gas might come from any supplier. However, the prescription for the new treatment must be defined by the technical team. This is based on treatment goals, available site data and a growing bank of oil and gas well experience. As RECHARGE HNP treatment is deployed across more wells, that field feedback will be used to enhance predictability and performance further.