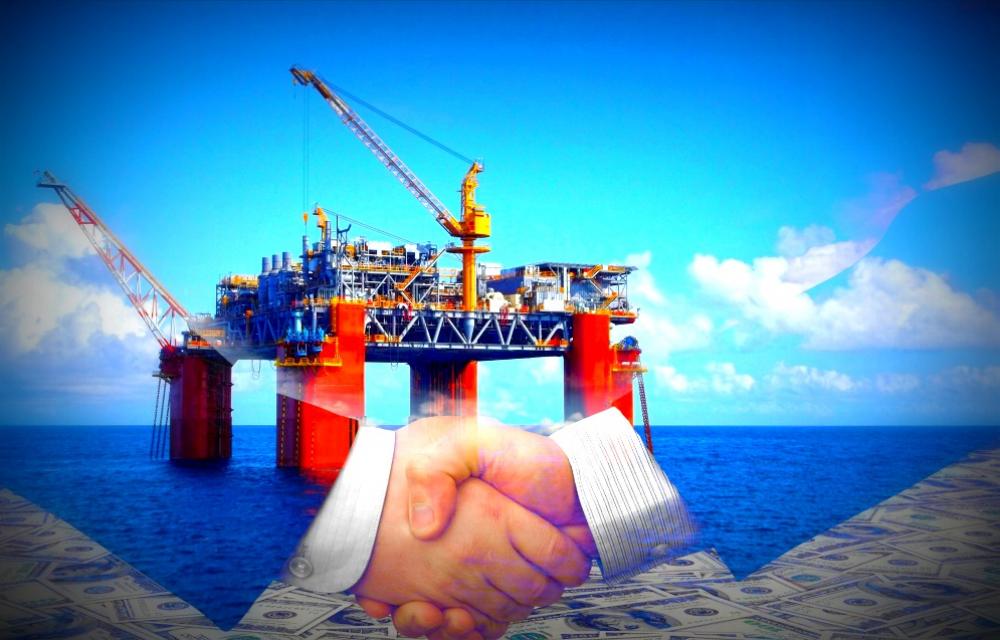 LLOG Exploration is one of the largest privately-owned E&P companies in the U.S. Pictured is the company’s Delta House production platform is in Mississippi Canyon 254 in about 4,500 feet of water in the Gulf of Mexico. (Source: LLOG Exploration Co. LLC/Shutterstock.com)

After its recent exit from Malaysia in an all-cash transaction valued at over $2 billion, Murphy Oil Corp. continues to transform with an April 23 acquisition of deepwater Gulf of Mexico (GoM) assets from LLOG Exploration Offshore LLC and its affiliates.

Murphy Oil, based in El Dorado, Ark., said it agreed to acquire the LLOG assets for roughly $1.4 billion in cash plus up to $250 million in contingency payments between 2019 and 2022. The company will fund its acquisition through a combination of cash on hand and borrowing from its $1.6 billion revolver.

The transaction is part of Murphy’s plans to transform its portfolio, which, according to Imran Khan, senior research manager at Wood Mackenzie, includes aggressively expanding its footprint in the GoM.

Khan noted recent moves made by the company in the GoM was its acquisition of a majority of Petrobras’ GoM portfolio last year and starting a robust exploration and appraisal campaign.

“With this transaction, Murphy becomes the eighth-highest producer in the Gulf of Mexico,” he said in an emailed statement. “Only a year ago, they were number 20.”

As part of the LLOG acquisition, Murphy will pick up 26 GoM blocks including seven producing fields and four development projects with future start-ups in the Mississippi Canyon and Green Canyon areas.

LLOG Exploration, based in Convington, La., is one of the largest privately-owned E&P companies in the U.S. Most of the interest Murphy is acquiring are owned by LLOG Bluewater Holdings LLC, a joint venture (JV) between LLOG Exploration and Blackstone Group LP, according to analysts with energy consulting firm Wood Mackenzie.

Reuters first reported the JV was exploring a sale in November 2018 citing people familiar with the matter.

“For LLOG, what is old is new again,” Khan said. “It monetizes most of the LLOG Bluewater joint venture and allows the company to get back to what it does best: explore. Part of the proceeds will go to paying down debt, but the cash infusion will allow the company to focus on exploring and bolstering the pipeline of new projects.”

As a result of the deal, total Murphy GoM full-year annualized 2019 production is now expected to reach about 85,000 net boe/d, excluding non-controlling interest.

According to Khan, the GoM remains a buyer’s market with the valuation of recent deals trading at 20%-30% lower than WoodMac estimates.

The WoodMac analysts estimate that the price Murphy paid per flowing barrel for the LLOG acquisition is around $36,000, which Khan said was in the low range of recent transactions in the GoM.

“[WoodMac] forecasts a big year for M&A in the Gulf of Mexico, and the momentum is starting to pick up,” he said. “This is the second billion-dollar transaction within the last two weeks. We expect more to come as buyers are attracted to short payback periods, while sellers shed fringe assets and some private equity players look to harvest their old investments.”

Earlier this month, Israel’s Delek Group Ltd. struck a deal with Royal Dutch Shell Plc to acquire Shell’s stake in one of the largest deepwater fields in the U.S. GoM for nearly $1 billion.

Roger W. Jenkins, president and CEO of Murphy, said the transaction will strengthen the company’s portfolio in the GoM at a “very attractive price,” while generating meaningful cash flow over the next several years.

“Since selling our refining business and successfully spinning-out our retail gasoline business over five years ago, we have implemented significant strategic changes in revamping Murphy’s portfolio,” Jenkins said in a statement. “Specifically, over the last few months alone we have increased our deepwater, oil-weighted, tax-advantaged, Gulf of Mexico assets while we simplified our company by divesting our Malaysian portfolio, again at a very attractive price. ... As a result, we have increased our ability to generate meaningfully more cash flow in our long-term plan as Murphy is now positioned to grow oil production with an overall compound annual growth rate of 7% to 9%, all while maintaining our compelling dividend, repurchasing our stock, and decreasing our debt levels.”

Murphy said it still intends to execute the previously announced $500 million share repurchase program, of which $300 million is planned in the first tranche, with the remaining $200 million expected in the second tranche.

Total outstanding borrowings under Murphy’s revolver, including the current balance of $325 million, are expected to be fully repaid immediately following the closing of the divestiture of the company’s Malaysian assets expected in second-quarter 2019.

The company’s previously announced $750 million debt repayment has been revised to only include the $325 million that was drawn on the revolving credit facility. The company no longer plans to repurchase or redeem outstanding senior notes at this time.

Additional contingent consideration payments for the LLOG acquisition include up to $200 million in the event that revenue from certain properties exceeds certain contractual thresholds between 2019 and 2022 plus $50 million following first oil from certain development projects.

Murphy said it expects to close the transaction in the second quarter, subject to normal closing adjustments. The transaction will have an effective date of Jan. 1.

Country’s collapse has contributed to a 32% increase in crude oil prices this year.