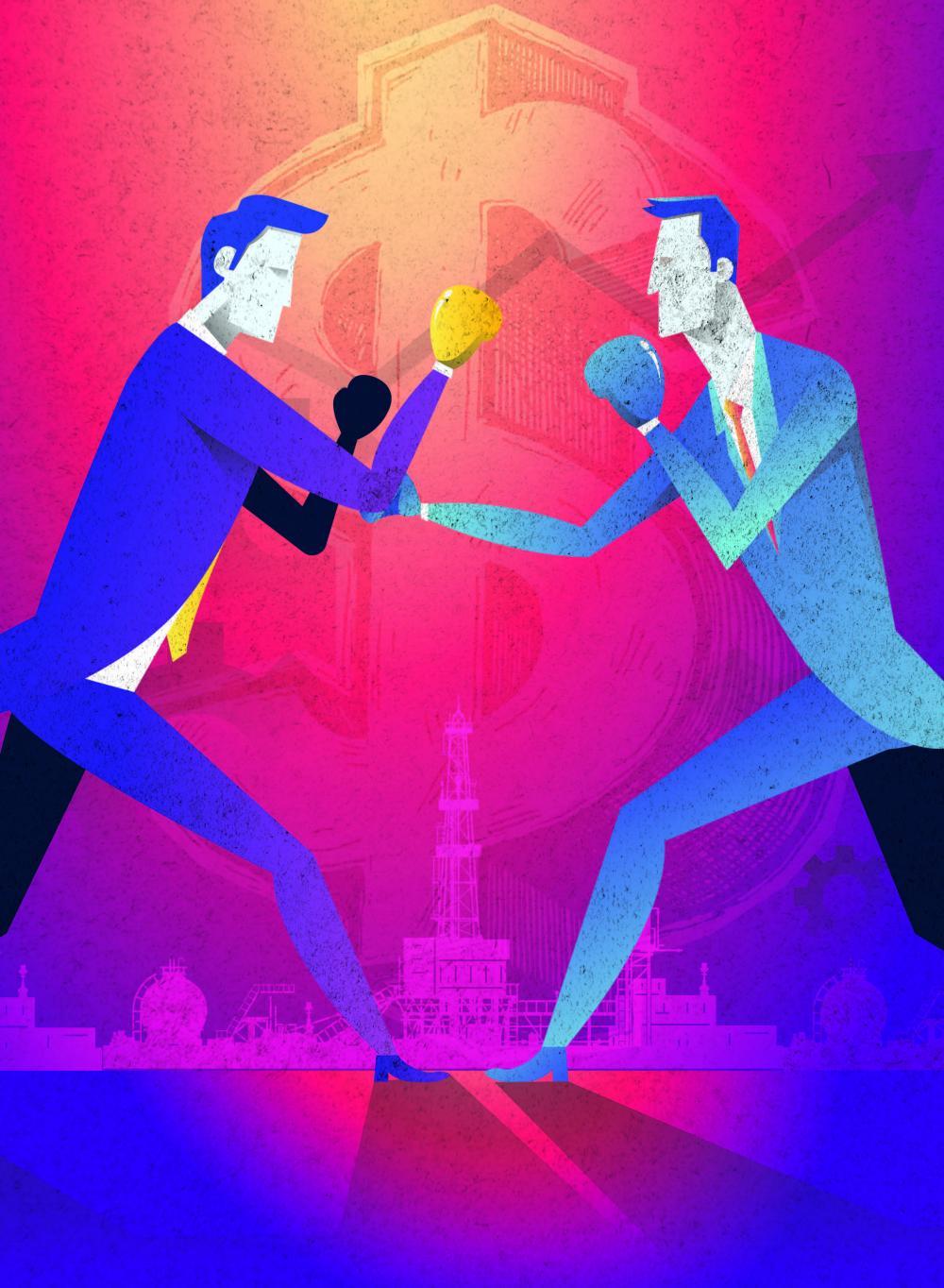 Offering a 25% premium made sense at the time. Occidental Petroleum Corp. had just paid a hefty kicker for Anadarko Petroleum Corp.—nearly all in cash. Deals leading up to July 15, 2019, had come with premiums.

But times were changing—fast—as Callon Petroleum Co.’s offer for Carrizo Oil & Gas Inc. was in draft.

Dating back to July of 2018, the Callon board had Carrizo, a fellow Delaware Basin operator, on a short list of potential merger candidates when regularly discussing M&A prospects, particularly as Callon had shifted to the goal of generating free cash flow rather than growth. The deal was announced before markets opened on July 15. An all-stock transaction, its value was $3.2 billion. The 2.05 Callon shares offered were worth $13.12 before markets opened. Trading response was disappointing, though; Callon shares tumbled 16% that day, while the S&P E&P Index fell about 3%.

In a summary of industry conditions last fall, a Seaport Global Securities LLC analyst reported, “Let’s get real about the state of the E&P space. Time to face the facts: The 2020 oil macro setup is a mess.