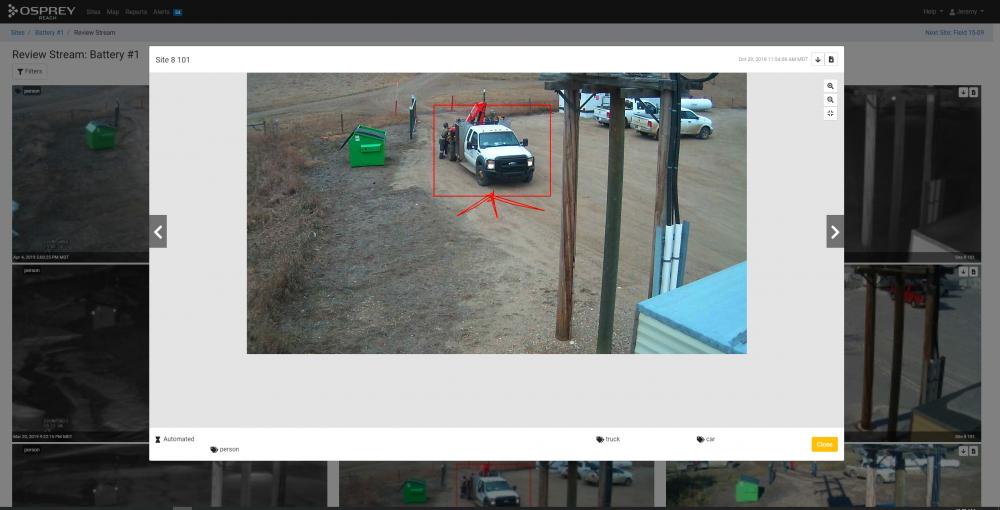 In the face of volatile commodity prices, increasing regulation and global competition, oil and gas companies need to manage costs while mitigating safety and environmental risks to be successful. Many companies are turning to technology to drive these needed operational improvements.

The concept of the Industrial Internet of Things (IIoT) has long been touted as the key to making oil and gas operations more efficient, safe and environmentally sound, with increased productivity and labor cost savings. The IIoT basically involves sensing, communications and analytics capabilities, where data are captured by sensors, transmitted over a network and analyzed by computers, typically in the cloud. Information is then sent to end users to make faster, more informed operational decisions.

While some oil and gas companies have been slow to implement IIoT strategies, and some projects that do get implemented fail to deliver the expected return on investment, it is nevertheless clear that with the emergence of enabling technologies (e.g., cloud computing and artificial intelligence [AI]), the IIoT represents a truly revolutionary opportunity for the industry. The IIoT has a massive potential to allow oil and gas companies to improve worker productivity while ensuring safety and environmental compliance.

One technology that can help unlock the value of IIoT deployments is intelligent visual monitoring, where video streams are captured from internet-connected cameras and automatically analyzed by video analytics to look for anomalies, such as leaks or suspicious activity.

“Some of the most innovative Internet of Things applications involve video analytics—a technology that applies machine learning algorithms to video feeds, allowing cameras to recognize people, objects and situations automatically. These applications are relatively new, but several factors are encouraging their growth, including the increased sophistication of analytical algorithms and lower costs for hardware, software and storage,” according to McKinsey & Co.’s “Video Meets the Internet of Things” article.

Visual monitoring systems
Companies like Osprey Informatics are delivering intelligent visual monitoring solutions to the oil and gas industry. The Osprey Reach intelligent visual monitoring platform captures video from any number of cameras across a company’s operations. It then analyzes these data with computer vision, a type of AI that automatically detects activity or equipment anomalies from images and video. It also correlates data from images and video with data from other sensors and systems for greater context and reliability. End users can then be alerted on events of interest by creating personalized alerts and reports.

For example, companies use intelligent visual monitoring technologies to understand vehicle and people activity at remote sites. By accurately detecting vehicles and/or people and sending summary reports or alerts to remote users, companies can increase site security, monitor lone workers and verify contractor work by matching time on site with invoices. In these scenarios, it is critical to ensure few false alerts so the users will trust the system. To reduce false alerts, Osprey uses a two-stage process where motion analytics is used to detect movement, and images from the motion event are then analyzed with a computer vision algorithm to confirm the presence of a vehicle or person. This process greatly reduces the false alerts associated with video analytics in outdoor environments. Exception-based alerts are then sent to users that have subscribed to these types of events. As such, users get alerts that are accurate and actionable.

As a key part of a broader IIoT ecosystem, it is important that the data from visual monitoring be correlated with data from other sensors and systems to give customers a greater understanding of their operations, without dealing with multiple screens, applications and datasets. For example, a company may receive an alert from a SCADA system indicating that a tank level has suddenly dropped. Adding an image of that tank to the SCADA alert will quickly allow the operator to identify the cause of the drop, whether it is due to a leak or the presence of a tanker truck taking on fuel. This integrated view can be presented in the SCADA software interface or in the visual monitoring system itself. For example, Osprey partnered with Zedi Solutions, and the Zedi Access analytics platform displays images from Osprey Reach that are correlated with alerts generated by the Zedi system. Customers are then able to get greater insight into critical events and take action accordingly by viewing real-time and historical imagery combined with SCADA data.

Customers also use visual monitoring systems to remotely inspect equipment and infrastructure rather than performing in-person site inspections. Users are able to do a site tour by controlling a pan-tilt-zoom camera through a menu of preset locations and view and report on multiple assets. This information can then easily be shared for collaboration and work prioritization. This solution allows multiple assets to be monitored by a single, specialized camera. Remote online inspections allow customers to significantly improve productivity while increasing safety and reducing emissions by cutting the need to drive to the site.

Environmental protection, regulatory compliance
Osprey Reach is not only used to monitor and inspect remote and unmanned sites but also used for environmental protection and improved regulatory compliance. Organizations face substantial fines and regulatory fees for releasing fugitive emissions, such as methane. Fortunately, visual monitoring systems also can operate in thermal and infrared spectrums, allowing users to see things that are otherwise invisible to the naked eye. For example, thermal cameras can detect temperature changes, which could indicate equipment overheating or an injection well leaking fluid. Users can then be alerted to these condition changes and take action accordingly.

Clients also use Osprey Reach to monitor flare stacks to make sure they are burning properly. If a problem is detected, an alert will immediately be sent to stakeholders, enabling an inspection audit trail and increasing the ease and accuracy of incident reporting to regulatory bodies. Infrared imagery can be used to monitor poorly lit sites at night and to detect the presence of methane and other gasses through specialized optical gas imaging cameras. These data can then be used to pinpoint the source of leaks and to prioritize repairs.

Internet in remote areas
IIoT and visual monitoring cannot operate efficiently without connectivity out in the field, where the internet is often expensive and hard to implement. To overcome this issue, Osprey partnered with Infrastructure Networks (INET), which has its own private 4G/LTE wireless spectrum, running primarily over the 700-MHz spectrum. This spectrum provides service over an area four to 10 times larger than other spectrums, allowing INET more control over quality, reliability and coverage in remote locations, where many oil and gas assets are located. Access to INET’s solution further enables Osprey to deliver accurate and timely data to users across the enterprise.

“This merger will allow both companies to benefit from the simplicity and scale of the combined entity going forward,” says  Diamondback Energy CEO Travis Stice.

Texas COLT project does not line up with priorities, Kinder says.

Basic Energy Services revealed a plan on Dec. 12 to divest of its pumping services assets in multiple transactions with expected proceeds of approximately $30 million to $45 million.