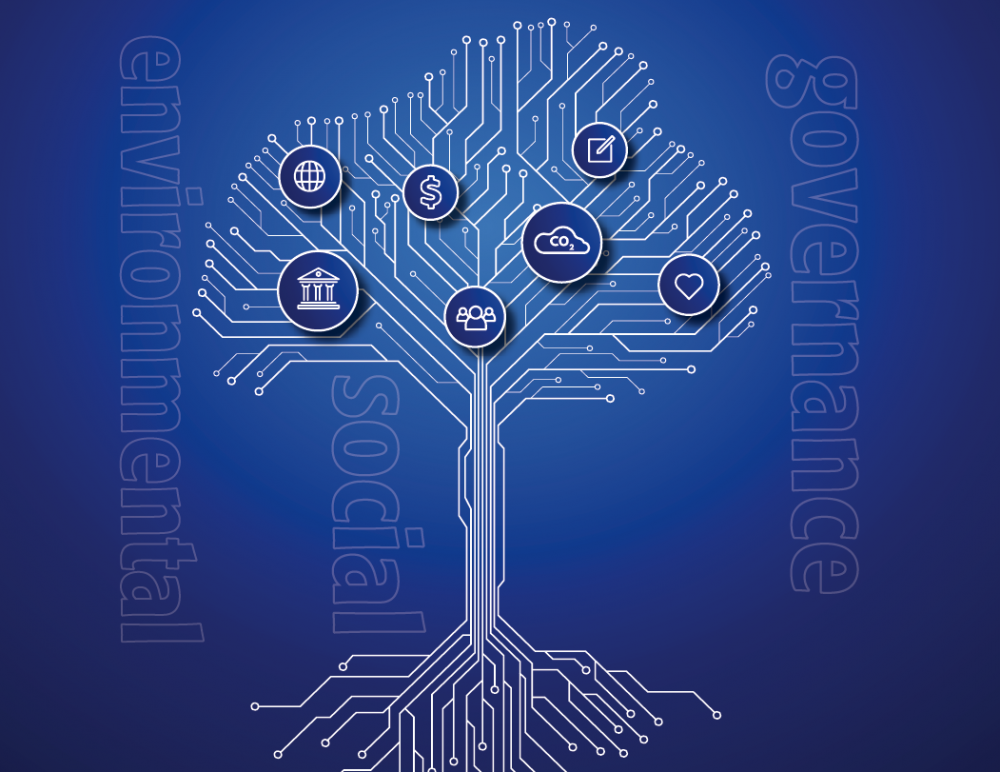 [Editor's note: This article and the videos originally appeared in the October issue of E&P Plus. Subscribe to the digital publication here.]

Riddle us this: what comes first, the E, the S or the G?

The answer of course is the E. Wait, maybe it’s the S. It might just be the G when you really think about it.

No one agrees as to how one leads to the others, but everyone agrees the three common factors of measuring sustainability—environmental impact, social responsibility and corporate governance—are sure to be part of doing business this year, next year and beyond.

But that’s only if you want investors to like you, customers to choose you, other companies to work with you, and politicians to, well, leave you alone.

Just kidding, we know that last one will never happen.

But ESG is happening. Have you listened to an oil and gas company’s earnings call lately? ESG reporting has moved from an afterthought at the end to a highlight at the beginning. Companies large and small—operators and service providers—are releasing separate sus­tainability reports in more frequency.

All kidding aside, it is important to focus on all three of the aspects because there is no one answer or method to getting there. At this point, there is not any consensus on ratings or defined measurements. It all depends on whom you are talking to in the moment.

“First of all, there tends to be a very strong focus on ‘E,’ which is obviously critical for all of us. But we shouldn’t forget the ‘S’ and ‘G’ as well,” said Kristian Johansen, CEO of TGS, in a recent interview for Hart Energy’s Path Forward video series. “I think while co­hesive ways to measure and achieve net zero targets remain a work in progress, it’s easy to focus on the environmental questions and forget the industry has made strong contributions to the social and governance areas.”

“Expanding access to affordable ener­gy is one of the key drivers to increasing the standard of living across the globe,” he continued. “The oil and gas industry continues to help people move out of poverty and expand the health and life expectancy in the developing world.”

The point being that getting there (sustainability) means traveling a long and winding road that contributes to meaning­ful progress. While it is a road the oil and gas industry has already been on, there are still many more miles to travel.

“One of my biggest issues with ESG right now, and this will get better with time, is that it’s just so compartmen­talized,” said Chris Wright, CEO of Liberty Oilfield Services. “To me, every human activity has impacts, pluses and minuses. We’re in this industry because we love the holistic impact of our industry on people’s lives around the world.

In short, CEOs in the industry expressed a bit of frustration with the way the industry gets portrayed to the public and investors when it comes to the environment, especially when efforts focus around satisfy­ing talking points versus a holistic approach to progress.

Wright has told legislators as much directly.

“I testified at the U.S. House Climate Committee and one of my points was if your goal is to lower greenhouse-gas emissions—and in my mind particulate matter is the giant pollutant that really impacts people’s lives today—you [can’t] make this guideline so stringent. In the United States or in Colorado or anywhere you’re actually more likely to increase global emissions than to shrink them,” he said.

If you read between those lines, oil and gas production would not only increase in places like Russia, Brazil and Mexico, but also Iran and North Africa.

Whether you’re talking about the public, politicians or—gasp—investors, ESG is ultimately about being able to show your value in the future. That future is most certainly to include growing voices on climate change from inside and out­side of the investment community.

For operators, especially large public ones, there is no choice but to tell their ESG story. For private independents, the timing may have been a little slower but private-equity funds are increasingly bound by ESG requirements.

Are those messages getting out from the oil and gas industry?

“No, and that’s frustrating to me,” Wright lamented. “What is ESG is mostly brought from outside of our industry. They say, ‘You have to show us how you are reducing your green­house-gas emissions.’ If we let it be defined by people who don’t appreci­ate the broader impact of our industry, you end up going down a path that isn’t necessarily the best path.”

Companies such as Liberty, TGS and others, even in the service sector, will need to begin to define that holistic approach to ESG as far as the oil patch in concerned.

“It’s going to be to try to lay out the positives that we want to grow, the negatives we want to shrink and quan­tifications of both of them,” he said.

Quantifying results, in the absence of a pure ratings systems, is among the strongest paths forward. Perhaps that means putting some technical evidence in front of people versus satisfying buzzwords.

“We don’t want to feel good and have buzzwords; we want to quantify what’s important, what we are actually doing and what the real numbers are,” Wright said. “That has actually gotten a huge amount of interest from investors, from customers. It’s sort of opened people’s eyes.”

As an example, Wright said Liber­ty’s report will show emissions from its average horsepower-hour of frac pumping. It will show the trend in Liberty’s history of nitrogen oxide emis­sions, carbon monoxide emissions and greenhouse-gas emissions.

“Too often when people say emis­sions or pollutants, they only talk about greenhouse gases. They’re real, but in the short term, they’re actually not the most concerning emissions,” Wright said.

The oil and gas service sector may be down right now, but it’s not out. In fact, there may be opportunity for the sec­tor’s survivors when the COVID-19 pan­demic passes and oil and gas demand increase again.

That’s because operations and production technology of all types will play a vital role in not only reducing emissions from oil fields but also in monitoring and recording the data.

“We’re working on developing new technologies for being more efficient in our processes and imaging, for example,” said TGS’ Johansen of the seismic company’s efforts to help operators be more efficient and improve emissions reductions.

TGS is also an asset-light company so it must ensure its own vendors are paying attention to ESG requirements in the future.

“We don’t have our own vessels or trucks. We’re a big investor in seis­mic data projects, meaning indirectly we obviously have a significant car­bon footprint through our suppliers,” he said.

Johansen said life as a service pro­vider means straddling both sides of the fence.

“Typically, the operator would put a [ESG] requirement on TGS to acquire seismic on their behalf and then we’d put that same requirement on our suppliers. We’re all in the same boat,” he added.

Johansen said the requirements have been included to a larger degree in service contracts over the past “probably year, year and a half.” He said entering into a contract today with a supermajor means dealing with tougher require­ments in terms of due diligence.

“You need to have a track record. You need to show you can trust your suppliers,” he said. “This is getting more important.”

ESG and R&D: it’s a new way of innovating

While greenhouse-gas emissions have caught the eye of many today, ESG trends in the oil field also affect the ground, in particular water.

That has left technology providers to put their thoughts toward solving more traditional drilling issues along with potential ESG issues.

“As we set out to try to design a high-value solution for flowback opera­tions, we were having discussions with field superintendents and engineers on what problems they were experiencing that were not being solved by the cur­rent mix,” recalled Tracy Turner, CEO of CP Energy Services. “Two themes kept coming back, particularly in the high-volume, high-pressure areas of South Texas, North Dakota and the Del­aware Basin. Those two problems were getting a lot of associated gas back and a lot of near-perforation proppant.”

In the process of solving those problems, Turner said the company saw another obvious issue that would become more important.

“Within our solution for the sand and gas, we wanted to build something that also cleans and filtrated the water, allow­ing it for reuse,” he said. “We strongly felt water was going to be a bigger and bigger issue in all of these basins.”

The result was the Sand Com­mander, which Turner said has become part of the standard operating proce­dure for some international majors because “we truly capture 99.9% of the gas. It takes out 95% of the sand, and the sand that comes out is dry and hydrocarbon mitigated enough that you can take it to a regular landfill. As important, with our continuous circu­lation we have been able to make the water pure enough that it can be either taken downhole or stored for other workover operations.

“We think we have hit most of the components of ESG by capturing all of the associated reservoir gas and clearing the water so it can be used again,” Turner continued. “The important part of us capturing the gas is it allows us to provide the E&P companies alternatives to what to do with the gas and, so far, our options are we can reinject it back downhole for artificial lift, something done quite actively in the Middle East, and we can wheel it to a generator that can power an electric motor.”

Editor’s note: More information and quotes on this subject can be found in the “Scribbles and Sources Notebook” on the Hart Energy LinkedIn page.