The focus on ESG performance is increasingly in the spotlight, and public and private oil and gas producers alike—of all sizes—are figuring out how to adapt to this evolving environment. While there are further changes and future unknowns to navigate, best practices and approaches are emerging. And those who say they are taking ESG seriously believe that it can be embraced sustainably and profitably.

The term ESG has been around since the early 2000s, but the intensifying focus on it did not become apparent until much more recently.

“This has gone from being a relatively underwhelming part of the conversation to really being at the forefront of every quarterly earnings, every conference, every investor briefing,” Accenture’s global energy transition lead for oil and gas, David Rabley, said. “The bar has been significantly raised in terms of what is expected from operators at multiple scales on ESG.”

Rabley noted, though, that while everyone talks about ESG, the focus is primarily on the E—the environmental aspect. Here, too, an evolution is underway.

“That E has clearly pivoted from what was previously a much more localized conversation around immediate environmental impact or damage to a much broader narrative around emissions—carbon, methane—a more distributive environmental impact,” he said. “For me, what I think we’re evolving toward is a view where the E—it perhaps best describes the carbon intensity of the product.”

“It seems in our industry that most of the conversations around ESG have focused very much on our industry’s carbon footprint,” he said.

Taking action, getting ahead

How operators adapt to these circumstances depends on the company in question. Some have comparatively fewer resources to devote to ESG, while others, by virtue of their size, have a larger carbon footprint to address. Other individual company circumstances are also coming into play.

U.S. Energy said it is the first in the direct energy investment space to implement ESG-friendly standards across the firm. Two years ago, the company formed an ESG committee to assess its performance in this area and identify any gaps that should then be addressed.

He does not feel that the views of U.S. Energy’s investors on ESG have changed dramatically, but he said those investors are now pushing the company to document and test to a greater extent than they have done previously.

As the experience of supermajor Chevron illustrates, the pressure on operators to do more is not being felt by small, private players alone.

“Expectations on ESG performance are evolving and increasing for all stakeholders, including investors,” Chevron senior adviser, Sean Comey, said. “We appreciate the feedback we receive from investors and all our stakeholders—it informs and shapes our point of view.”

“The results speak for themselves; we’ve made dramatic improvements in important measures of personal and process safety, reliability and environmental performance,” said Comey. “OEMS has given us a solid foundation, but we know there remain areas for improvement.”

The supermajor’s aim is to be an industry leader in the transparency of ESG reporting and accountability for its performance, according to Comey.

Like U.S. Energy, Chevron has also set up a dedicated ESG team, created in 2018 to engage with investors, framework developers and ESG rating agencies, among others.

“We aim to engage annually with our top 50 investors and other key stakeholders,” Comey said. “Chevron gains valuable feedback during these engagements, and this feedback is shared with the board and relevant board committees. The ESG team regularly briefs the Global Issues Committee on its efforts and supports the briefing of the Public Policy & Sustainability Committee.”

Such interactions show that for a company of Chevron’s size, coordinating ESG approaches and best practices will be a more complex task than it would be for a small operator. On the other hand, the company benefits from having significant resources to devote to ESG, with more than $10 billion worth of investments planned for its energy transition strategy alone.

As consistency, transparency and standardization are advanced, it will become clearer which operators are most and least effective at pursuing ESG targets.

Meanwhile, publicly owned independent CNX Resources appears to be ahead of investor attitudes and expectations. In July, CNX said that it had achieved a net carbon negative footprint for Scope 1 and 2 emissions.

“Some of the investors were not even aware that this is a critical aspect of the company,” CNX’s Chief Excellence Officer Olayemi Akinkugbe said.

However, CNX attributes its success on achieving net carbon negativity primarily to drivers that are unique to the company. In particular, the achievement resulted from the capturing and selling of coalbed methane from the Buchanan coalmine in Virginia, which was previously owned by CNX’s predecessor, Consol Energy. Even after the mine was sold off and CNX was formed, the company continued to capture and sell that gas, which more than offset emissions from its other operations.

Akinkugbe said there were three aspects to CNX’s unique position—the coalmine asset itself, the expertise and technology that allows for effective methane capture and the decades worth of investment that the company has directed into capturing the gas.

The company continues to invest about $10 million per year into this side of its business. It is also involved in other ESG initiatives as it strives for continuous improvement. It was the first Appalachian Basin shale driller to adopt an electric hydraulic fracturing fleet.

“We dedicate appropriate resources to effective management of ESG issues because we believe this helps us deliver business results including long-term value for our investors,” said Comey.

“Meeting the ESG goal in a profitable setting is absolutely doable,” he said. “And this is how we look at it. ESG and value creation—they are congruent.”

Jayson, too, linked the pursuit of ESG goals to U.S. Energy’s broader performance.

“Implementing ESG not only has improved how we manage outside stakeholder groups, and how we treat them, but also has really led us to become a better company,” he said. “Since ESG is rooted in our firm’s culture, it is an integral part of our project evaluation process and goes hand in hand with our evaluation of a project’s financial metrics,” he continued. “By evaluating projects this way, we have found that many of our projects improve the bottom line whether it be through increased efficiencies, improved public outreach/ perception or mitigation of risk.”

This is a trend that is playing out across the industry more broadly, according to Rabley.

“If you assess which are the operators with the highest performing ESG metrics and equally which of those operators are showing strong financial performance and strong financing and resiliency, there’s a lot of positive correlation,” he said.

Thus, the pursuit of ESG targets does not need to come at the expense of performance or profitability. However, there are still challenges that need to be overcome, including the development of more uniform metrics for assessing progress.

“There’s still a lot of opacity in terms of the standards under which these metrics are measured and whether those goals are uniformly perceived,” Rabley said.

Akinkugbe pointed to the need for standardization—not just among the oil and gas industry but across all energy sectors, including renewables—when it comes to assessing Scope 3 emissions and deciding how best to address those.

“I think everybody needs to be put on the same footing as relates to Scope 3, and then we will be able to see who’s improving and who is not, who’s clearly ahead and who is not,” he said.

Chevron has also identified a need for more uniform standards as one of the challenges that needs to be addressed as the industry looks ahead.

“We are working with peers, stakeholders and regulators to achieve greater consistency and comparability of reporting,” Comey said.

As consistency, transparency and standardization are advanced, it will become clearer which operators are most and least effective at pursuing ESG targets. Akinkugbe highlighted the difference between long-term decarbonization targets that have become increasingly popular and near-term goals with tangible results.

“The near-term targets are more important than the 2050 and 2040 ones,” he said. If those long-term targets are not met, it will be harder to hold anyone accountable for them, he continued, but added that investors are becoming more aware of this and demanding more near-term accountability, “which is the right thing to do.” 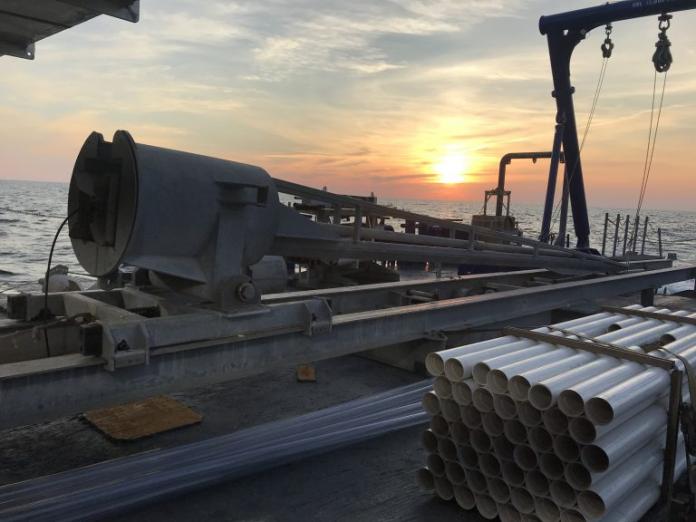 Premier’s output has been buoyed in the past year by its flagship Catcher Field in the British North Sea, where it expects to approve an expansion project later this quarter. 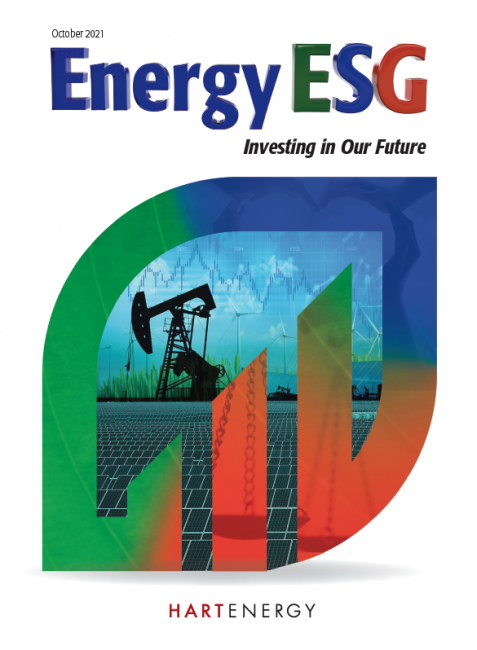