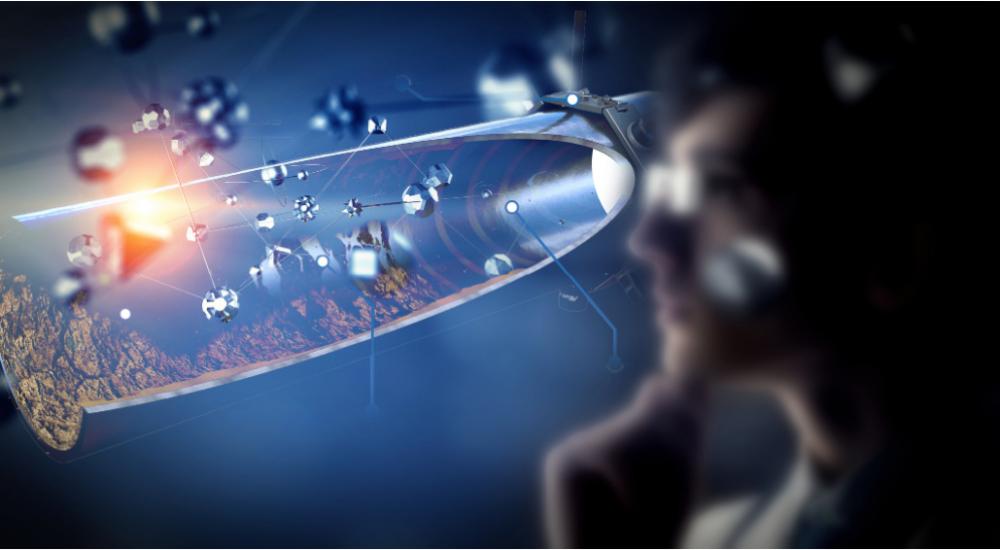 Even before the recent decline in oil prices, annual R&D expenditures by the leading oil service companies were modest compared to large companies in other industries. This downturn will likely trigger cuts to petroleum industry R&D budgets, which is unfortunate because this industry needs constant innovation to develop future hydrocarbon resources. A focused effort to locate relevant external technologies preserves internal R&D budgets and pro­vides a pathway to innovation.

The following are examples of some external technol­ogies having applicability in the petroleum industry.

Health care is one of the largest global industries and a vibrant source of innovation. For pharmaceutical companies, developing new medicines is essential, but it is also very costly and time consuming.

To expedite the process, the major pharmaceutical companies increasingly rely upon artificial intelligence (AI) and machine learning. Most of these AI approaches involve pattern recognition, essentially programming computers to search large datasets to discover patterns. A promising startup is deploying a pattern discovery AI solution that, unlike pattern recognition, allows the computer to explore the dataset without any precon­ceived notions or limiting instructions. Pattern discovery identifies data patterns that humans and pattern rec­ognition approaches have not even considered. Even though pattern discovery AI is comparatively new, it has already yielded major discoveries in personalized medi­cine and cancer treatment. For the petroleum industry, pattern discovery AI may have strong applicability in geoscience, reservoir engineering, fracture diagnostics and development of new chemistries.

To receive U.S. Food and Drug Administration approval, fasteners used in certain medical devices must withstand millions of vibration cycles. These new med­ical device fasteners are scalable to very large sizes, can be attached with industry standard tools, meet extreme vibration requirements, will permanently lock, and they are removable and reusable.

Within the petroleum industry, this unique fastener is being deployed in drilling, fracturing and downhole applications and tested for many other uses.

Workers in other industries are beginning to wear lightweight exoskeletons. One was originally developed for use by operating room surgeons. This exoskeleton is now being adopted by multiple large manufacturing companies. Workers wearing this exoskeleton incur fewer upper body and back injuries and can perform strenuous tasks for longer periods. Importantly, this exoskeleton requires no internal or external power, it is safe for use in explosive gas environments and it can be worn with personal protective equipment. Drilling, completion and workover crews might derive substantial benefits from this technology.

Biological organisms, such as mussels, have evolved clever strategies to deposit unique, water-insoluble adhesives on saltwater covered rocks under turbulent conditions. Several early stage companies have synthesized man-made versions of these adhesives. The latter exhibit unique, anti-fouling characteristics and are being used in healthcare to prevent biofouling of medical devices such as catheters and endotracheal tubes. Preliminary testing indicates these man-made, water-insoluble adhesives also might be effective at pre­venting pipeline corrosion.

Technologies derived from the mining industry

Through its technology scouting program, a mining company found an early stage company commercializ­ing a focused ultrasound technology for cleaning fouled equipment such as heat exchangers, piping, pressure vessels and tanks (Figure 1). This technology uses sound waves to produce microscopic bubbles in the process liquid. The implosion of the bubbles creates a localized pressure wave that detaches the foulants. The sound waves are generated by electrically pow­ered transducers attached to the exterior of the fouled equipment. This technology eliminates mechanical cleaning, involves no harmful chemicals or downtime and has potential applications in most liquid carrying systems in the petroleum industry.

The mining industry uses unmanned drones, oper­ated by humans, for many applications including sur­veying and mapping mine sites, inspecting equipment and environmental monitoring. An innovative startup has a disruptive technology that allows drones, outfit­ted with off-the-shelf components, to navigate in highly cluttered environments with no human operator, no communication and no prior knowledge of the surroundings. The drone’s sensors generate a detailed 3-D map of everything near the drone and provide positioning information. This technology has substan­tial potential for automating the inspection of onshore and offshore infrastructure in the petroleum industry.

Industry 4.0 is the transformation of production processes through the adoption of digitalization, additive manufac­turing, the Internet of Things and other advanced tech­nologies (Figure 2). Many Industry 4.0 technologies also have applicability in the petroleum industry.

Deploying robotics in manufacturing while protecting nearby workers requires knowing the precise location of the robotic arms. To accomplish this, an early stage company has developed a radar sensor able to provide millimeter level location accuracy for objects several meters away from the sensor. These radar sensors are comparatively low cost and will operate under a wide range of environmental conditions. Beyond just manufacturing they have strong crossover applicability in the automation of drilling and workover systems.

Replacing low-power, high-force actuators with elec­tric actuators has not previously been possible due to the technical limitations of electromagnetic actuators. A small European company is commercializing electric actuators that provide high force for low-power applica­tions and are 80% lighter, 10 times faster and 10 times more efficient than the actuators they replace. These novel actuators may be ideal for clamping, high-speed valve closing, natural gas flow control and other applica­tions in the petroleum industry.

In other industries, the operators of overhead cranes utilize a specialized glove fitted with sensors to operate the cranes wirelessly using hand movements instead of a traditional push button pendant. This wearable technol­ogy improves safety because the crane operator concen­trates on the load rather than the pendant. In addition, the crane operator can move around the load reducing the need for observers.

Some manufacturers are attaching low-power smart cards to the equipment they sell or lease. The smart cards capture detailed information about the duty cycle of the equipment. These data are used to develop sophisticated pricing models based upon operating hours and mode of operation, recognizing that certain modes of operation cause far more equipment wear. Importantly, this technology is applicable to large equipment and smaller, handheld tools. This technology may be ideal for oil service companies as well as oil and gas producers interested in moving away from traditional equipment purchase or leasing arrangements.

Many technologies developed for applications in other industries also have compelling uses in the petroleum industry. Finding and adopting these innovations is far more cost effective than developing them. This type of technology outreach is accessible to any oil service com­pany or oil and gas producer.

Editor’s note: This is the second article of a three-part series outlining why oil and gas industry companies should look externally for technology solutions. Part One (in June E&P) discussed the merits of technology scouting. This article (Part 2) provides examples of promising external technologies. Part Three will address how to initiate a technology scouting program. 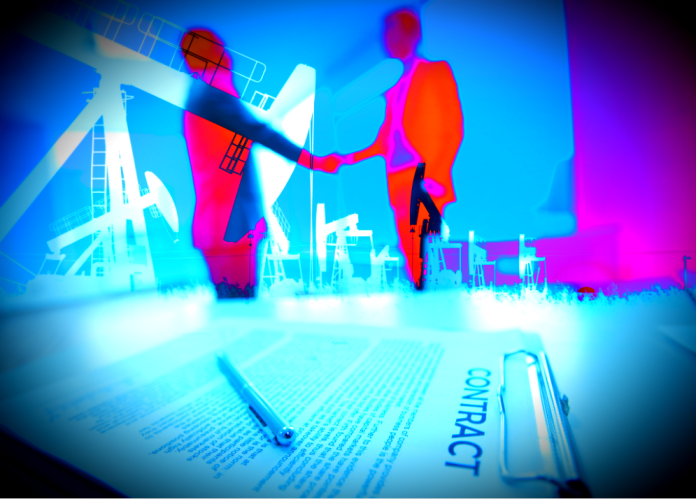 BJ Services Files for Bankruptcy with Plans to Sell Assets

Fracking company BJ Services, which filed for Chapter 11 in the bankruptcy court in Southern District of Texas, listed assets and liabilities in the range of $500 million to $1 billion.