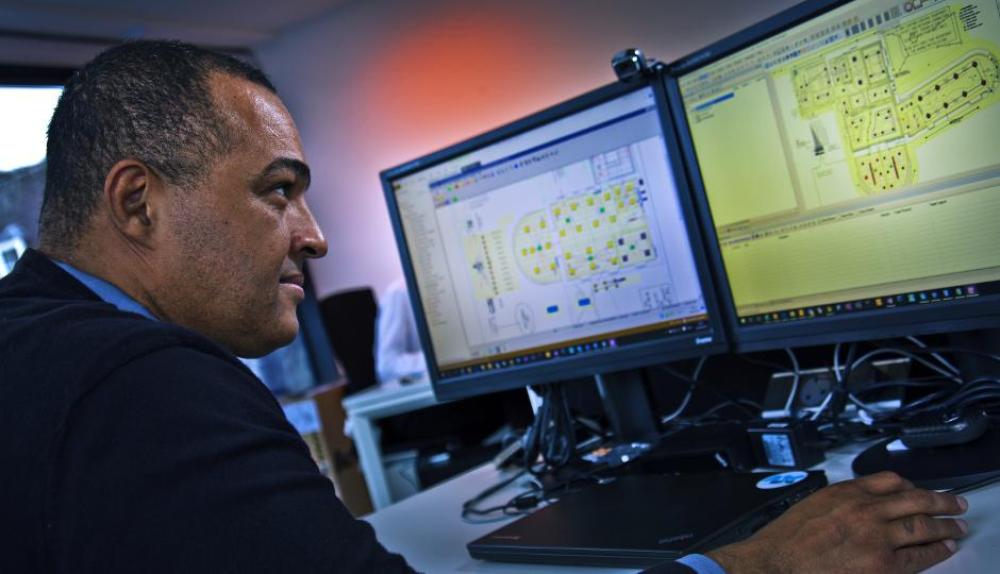 Using data to identify non-conformance trends allows for the optimization of time onboard for each rig option so that a fully transparent and consistent inspection can be conducted. (Source: Aberdeen Drilling Consultants)

The recent rise in commodity prices has generated an increasing focus on drilling rig availability around the world and the reactivation of stacked rigs.

However, rig reactivation is not a straightforward process. An ill-informed decision has the potential to cost millions of dollars in nonproductive time (NPT) if the rig reaches its location and does not operate as designed or anticipated. It is therefore essential to mitigate such risks during the rig-tendering phase.

An example of this development has been the establishment of a software system by Aberdeen Drilling Consultants (ADC). The Technical Rig Audit Management System aligns the benefits of digitalization with the inspection and analysis of several hundred rigs of varying designs and specifications including land rigs, jackups, semisubmersibles and drillships.

The system captures and analyzes the findings from every rig inspection ADC has carried out over the past 10 years. Studying such data allows the targeting of known areas of risk through the undertaking of trend analysis using information such as the background of the drilling contractor, rig type, design or age, operational status, maintenance history, and equipment and systems assessment.

As an example, if a rig is stacked for a period of time in a sunny, hot and dry climate, it often can experience heat and ultraviolet degradation of perishable compounds such as rubber and elastom er components. A drillship, which was stacked in such conditions until earlier this year, was found to have similar challenges in advance of planned reactivation and deployment offshore Ghana. ADC was commissioned to ensure all drilling equipment and systems were inspected and operational during reactivation, and the vessel is currently drilling more than 97% uptime—a significant achievement following recent stacking.

Furthermore, during multiple rig selection surveys, rather than reports on individual inspection and assessment aspects being conducted and collated manually, digitalization of the process can provide the operator with a relatively quick, holistic and comparative analysis of the rigs, underpinned by the potential technical and/or financial risk of each option.

Upon completion of each rig visit, a report on the suitability of the specific rig for the planned operations is undertaken, before then comparing all rig options on suitability and potential risk based on the inspection’s findings.

Deploying a digital system that operates in accordance with ISO19011 offers a global standard for reporting based on classic audit procedures, with the ability to incorporate company-specific standards. An effective system also should provide a streamlined reporting environment for the completion of all workscope- related tasks, the collection of data and the delivery of interactive visual reports.

Web enablement can provide online access to an ongoing project, allowing the operator to be “present” at the inspection or audit from anywhere in the world. The system also should have the capability to deliver a fleetwide or individual rig audit management system, sharing improvement opportunities and tracking the closeout of corrective actions as they happen.

With a thorough overview of the rig, the operator is able to identify the potential for equipment or systems failure and establish an accurate assessment of spares requirements, thereby avoiding over or under conservatism in spares purchases.

In addition, as the industry comes to terms with the challenges of cybersecurity—a particular issue for mid-generation rigs with potentially outdated software systems, which have been stacked for a couple of years—a system that can identify risk areas and suggest mitigating tactics has significant advantages.

On a recent BOP end-of-well inspection, the condition and functional operation of the BOP ROV intervention system were inspected and witnessed as well as a third party’s ROV pumping skid equipment. The ROV intervention Type C stab may have fitted the Type A receptacle; however, the porting of the receptacle and the ½-in. hosing fitted to the BOP would have restricted the flow of fluid from the stab, preventing the intervention skid operating the critical BOP functions as designed and in compliance with American Petroleum Institute Standard 53 (API S53) maximum ram closure timings.

The timings for the operation of critical functions would not have complied with API S53 and could have delayed the shut-in of a well if operated in a real-time well control situation.

This was reported using the digital software system and communicated to the client. It identified that the same issue could be present onboard three more of the rigs currently on contract—all constructed in the same shipyard. Preventative action was then taken to minimize the risk to ongoing operations.

It is now possible to apply this known nonconformance to rigs and BOPs of the same rig type to predict and address the issue before the rig goes on contract. Using this example, considering daily operating costs of the sixth-generation drillship this related to, a conservative estimate of the cost to rectify this problem if the rig had been on contract would be approximately $4.5 million in NPT.

Across the industry, the advantages and benefits that the correct use of enhanced digitalization deployment can bring in reducing risks, operational challenges and time intensive manual processes are becoming clearer. This also extends to the inspection and auditing of stacked rigs and those being considered for reactivation.

Continuous learning from previous campaigns and ongoing improvement opportunities to enhance the digitalization process mean that operators can interrogate rig data from the past to make informed decisions and shape the campaigns of the future.