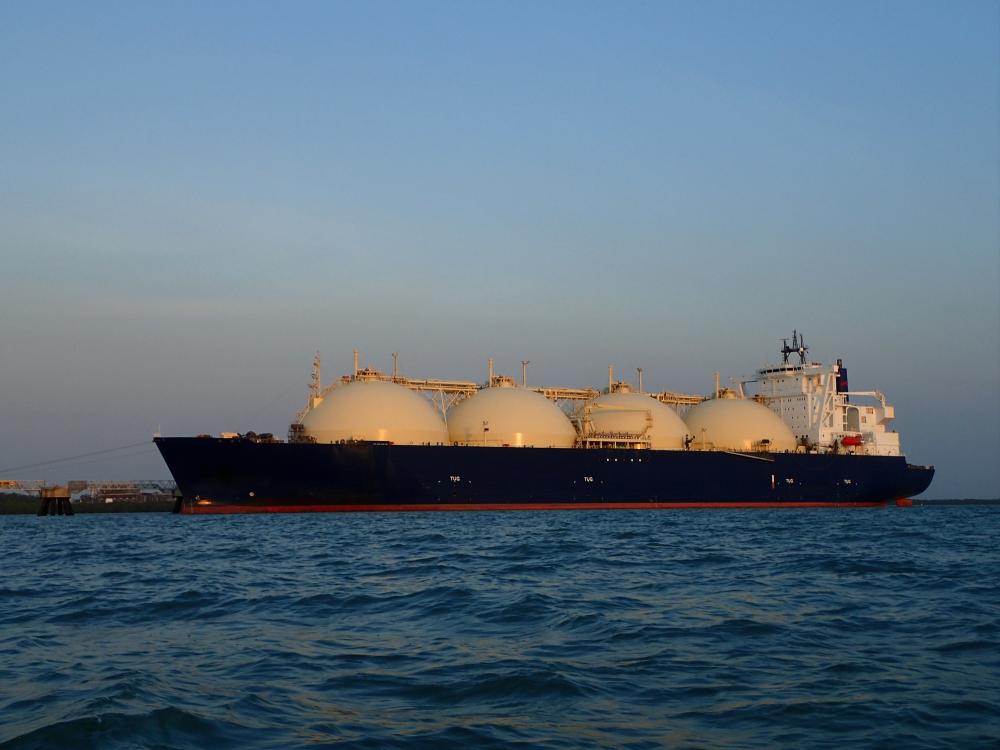 A gas tanker is moored offshore the Northern Territory where officials have approved the use of hydraulic fracturing after a nearly three-year ban on its use in the territory. (Source: KDS Photographics/Shutterstock.com)

Australia has a number of ongoing large-scale LNG projects operating across the nation’s gas basins. In the first few months of 2019, Australia and Qatar jostled for the title of the world’s largest LNG exporter, as stated in a recent report by the Australian government.

Australia recorded its highest ever oil and gas production in the 2019 financial year, according to a quarterly report published in September by EnergyQuest. Moreover, Australian petroleum and gas production both rose by 16% compared to previous years to achieve record numbers, with petroleum hitting 1,010 MMboe and gas reaching 5,082 petajoules. Compared to last year, LNG production also rose by 22% to a record 75 MMtons, the report stated.

Fracking gets the green light
In July Santos won the first approval from the Northern Territory government to resume shale drilling, nearly three years after the territory had banned fracking amid concerns that the completions method could harm the environment. The ban was lifted last year with strict new rules to administer fracturing in the region. The Northern Territory government said it granted approval to Santos’ drilling plan in the McArthur Basin after the company revised its wastewater management and spill management plans. Others waiting to drill there include Origin Energy, which has holdings in the Beetaloo Basin, and Empire Energy Group and Armour Energy, both of which have acreage in the McArthur Basin.

Exploration gains momentum
According to Rystad Energy, Australia drilled 60 exploration wells in 2018, which resulted in both “exciting discoveries and disappointing dry holes.” Rystad Energy predicted this figure would rise to 65 in 2019, with offshore exploration increasing to the highest level seen since 2014.

In August the Australian government unveiled 64 areas as part of its 2019 offshore petroleum acreage release. According to industry reports, it is the largest release since 2000 and involves more than 120,000 sq km of acreage to be offered in a single round of bidding.

Areas are available for exploration across five basins in Commonwealth waters offshore Western Australia, Victoria and the Territory of Ashmore and Cartier Islands.

During the same month, the Department of Mines, Industry Regulation and Safety opened applications for round 20 of its co-funded exploration drilling scheme, which provides $5 million per year to encourage drilling in greenfields and underexplored areas of Western Australia.

In May Carnarvon Petroleum commenced work on a new 3-D seismic survey over the Dorado and Roc discoveries and a number of nearby prospects off the northwest coast of Western Australia.

According to industry reports, the Keraudren 3-D survey will contribute to the advancement of the Dorado oil and gas field development, and the acquired seismic data may lead to potential drilling of some high-graded exploration targets, such as Pavo and Apus.

Meanwhile, the Queensland government earlier this year named the preferred tenderers for natural gas exploration acreages in the Surat Basin. Senex Energy and Galilee Energy have been awarded land for exploration, with all the gas produced from these areas to be supplied exclusively to the domestic market.

Western Australia
In August Strike Energy made a significant gas discovery about 4.7 km deep in the Kingia sandstone as part of the West Erregulla-2 drilling campaign north of Perth. The company also announced a gas discovery in the Wagina sandstone. Stuart Nicholls, managing director of Strike Energy, called it a “significant discovery” from a secondary target that carried a low predrill probability of success. In September the company announced the completion of all drilling and completion activities at the West Errregulla-2 well. “The flow test is expected to commence in early October and activities will take approximately two weeks to gather flow and pressure data from the reservoir,” according to a press release.

In addition, Woodside announced on Aug. 25 that the Greater Enfield Project produced first oil through the FPSO vessel located off the northwest coast of Western Australia. Installation of subsea infrastructure and the project’s 12 development wells have been completed. Woodside CEO Peter Coleman confirmed in a press release that the first oil from Greater Enfield was produced on schedule and under the project’s budgeted cost.

In June Chevron began the second stage of development and commenced expansion of subsea gas-gathering network capacity at the Gorgon LNG project. The company will drill seven new wells in the Gorgon Field and four new wells in the Jansz-Io Field to maintain supply to the existing gas facilities on Barrow Island. Gorgon is one of the world’s largest LNG projects, with a plant capacity of 15.6 million tonnes per annum. The campaign also will include system upgrades on Barrow Island and the offshore installation of vertical subsea production trees, production pipelines, control umbilicals and subsea structures.

During the same month, a joint venture (JV) between Santos and Carnarvon Petroleum confirmed a major oil and gas discovery with the Dorado-2 appraisal well drilled in the Bedout sub-basin. According to preliminary wellsite analysis, the upper zone is oil-bearing but is subject to further analysis to confirm the hydrocarbon phase. In September Carnarvon Petroleum announced that wireline logging of the Dorado-3 well successfully confirmed a hydrocarbon-bearing reservoir within the Caley, Baxter and Crespin intervals.

Meanwhile, in the Browse Basin, McDermott and Baker Hughes were awarded contracts to provide joint solutions for subsea umbilicals, risers and flowlines (SURF) and subsea production systems (SPS) for the Inpex-operated Ichthys LNG field development. Offshore installation of the SURF and SPS equipment will commence in 2020 and be completed in 2023, according to a press release.

Victoria
In September Cooper Energy secured a six-year exploration permit offshore Gippsland Basin, one of the key hydrocarbon-producing regions in southeast Australia. In the first three years, seismic reprocessing and geological/geophysical studies will be carried out as part of a guaranteed work program. During the same month, Cooper Energy announced a new gas field discovery at the Annie-1 exploration well, making it the first new Otway Basin gas field discovery from offshore drilling in 11 years. Following the discovery, Cooper Energy secured another offshore exploration permit in the Otway Basin surrounded by gas fields and the adjoining Annie-1 gas discovery.

Additionally, in February Exxon Mobil submitted a revised environment plan for drilling an ultradeepwater exploration well in the Gippsland Basin to the National Offshore Petroleum Safety and Environmental Management Authority (NOPSEMA). Following several requests for further information by the regulator, the plan was accepted on June 17. According to Reuters, which cited a statement by Exxon Mobil on Sept. 18, the oil company is looking to sell its 50% stake in the Gippsland Basin assets. The other 50% is held by BHP.

South Australia
In August Senex Energy Ltd. completed the production test of the Gemba-1 gas exploration well in the Cooper Basin, enabling the well to be brought online by the end of the year, according to a press release. The company announced the successful completion of a five-day production test, following a seven-stage hydraulic fracturing program.

During the same month, Cooper Energy announced the successful conclusion of the three-well appraisal program at the Parsons oil field.

Northern Territory
In May a ConocoPhillips-led JV awarded a contract to Technip Oceania to supply the SPS and associated installation support for the Barossa gas development project in the Timor Sea north of Darwin. The SPS contract includes the engineering, design and fabrication of wellheads, manifolds and control systems as well as installation and commissioning assistance.

Queensland
Equinor submitted an environment plan to the NOPSEMA earlier this year for its proposed petroleum drilling activity in the Great Australian Bight amid claims of risk by environmental groups. On June 27, the Australian offshore regulator requested additional information from Equinor on its environment plan, further delaying its decision. 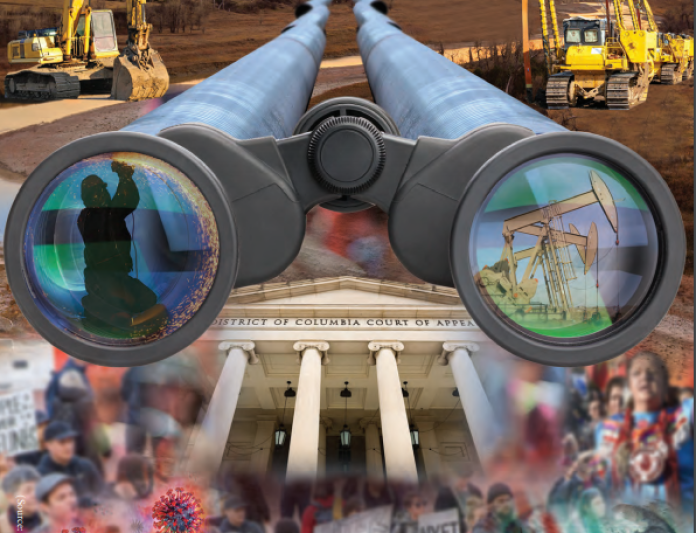 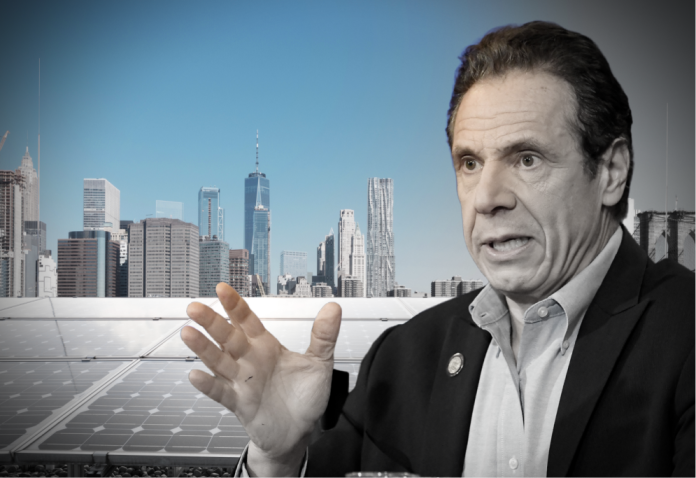 The Empire State’s ambitious goals to cut emissions by building new renewable energy infrastructure are being slowed by a tortuous planning process. 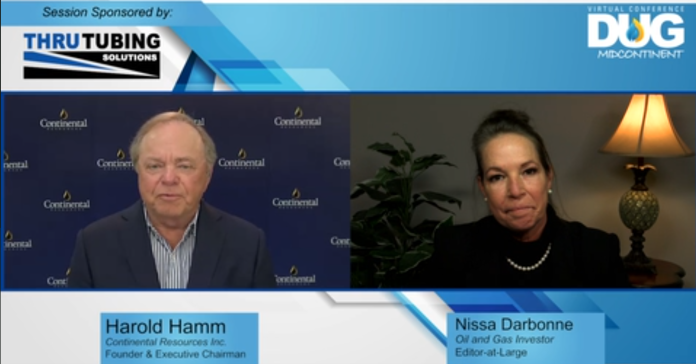