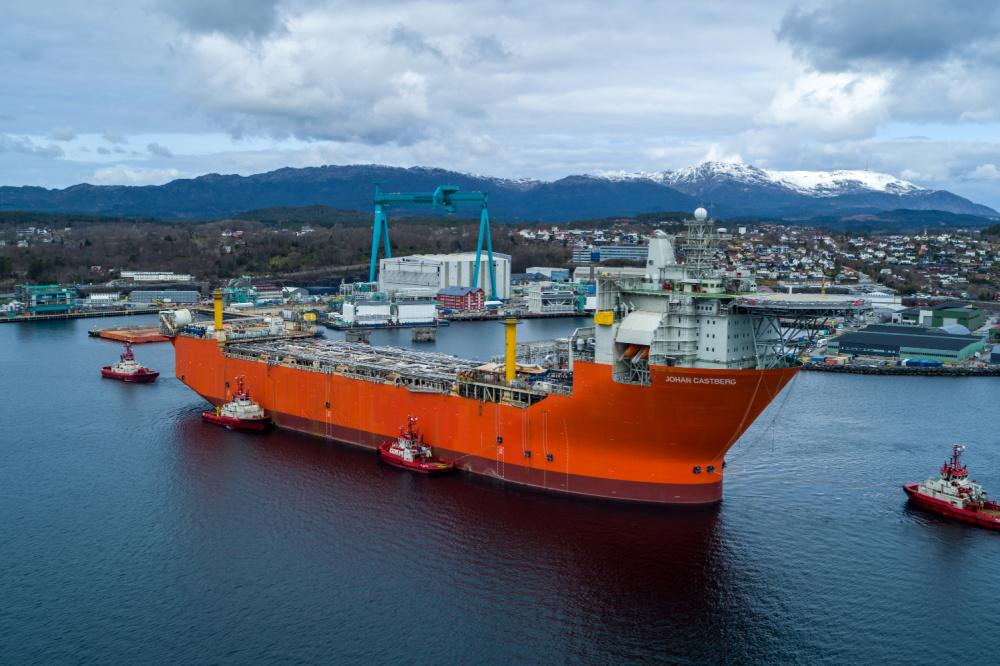 Equinor ASA and its partners are considering tying back two recent Barents Sea discoveries to the Johan Castberg production unit.

The field development concept brings production from a number of subsea wells to the Johan Castberg FPSO. While the field was originally discovered in 2011, Equinor had to re-think the design plans and subsequently didn’t submit a plan of development and operation to Norwegian officials until 2017. Several more discoveries have been made in the production license since.

Equinor announced the Skavl Stø oil and gas discovery on June 9 and the Snøfonn North discovery the previous month.

The Transocean Enabler drilled the Skavl Stø well on the Johan Castberg Field. Skavl Stø is the 13th exploration well in the Castberg license.

Equinor estimates the latest discovery in production license 532 at between 5 MMboe and 10 MMboe. Estimates at the Snøfonn North discovery are between 37 million and 50 million barrels.

“The [Skavl Stø] discovery and information will be viewed in the light of other discoveries in the area, and together with our partners we will consider further development of the area,” Kristin Westvik, Equinor senior vice president for exploration and production north, said in a news release.

Westvik said the Snøfonn North discovery—which was the 10th discovery and the 12th exploration well to be drilled in PL 532—could “add valuable volumes to the installation in the future.”

In March 2019, Equinor said the Isflak exploration well in the license held an estimated 31 million to 50 million barrels of recoverable oil. The well was permanently plugged and abandoned.

In October 2018, Equinor announced the Skruis exploration well had a confirmed recoverable volume of 12 million to 25 million barrels. At the time of that discovery, Equinor said it would consider tying the find into the FPSO after full capacity tapered off.

“Through the Johan Castberg field development we open a new oil province in the Barents Sea, enabling us to tie in this type of small discoveries that will be highly attractive when the infrastructure is in place,” Knut Gjertsen, project director for the Johan Castberg development, said at the time.

The field’s recoverable volumes are estimated at between 450 MMboe and 650 MMboe.

When Equinor submitted its PDO for Johan Castberg, it said the project was “the biggest offshore oil and gas development to be given the go-ahead in 2017.”

The development journey has presented some challenges.

In 2017, Margareth Øvrum, Statoil’s executive vice president for Technology, Projects and Drilling, said the project as originally envisioned was not commercially viable “due to high capital expenditures of more than NOK 100 billion and a break-even oil price of more than USD 80 per barrel.”

The NOK 49 billion budget for the revised plan featuring the FPSO and subsea wells will be profitable at oil prices of less than $35/bbl, Øvrum said.

In April, the Johan Castberg FPSO arrived in Norway, where it anchored at Aker Solutions’ quay on Stord. There, the turret and process modules will be installed during the spring and summer. Following connection, everything will be commissioned and tested.

The Johan Castberg FPSO is designed for 190,000 bbl/d of production and a life of 30 years. Kværner had the contract for the topsides, while Sembcorp Marine delivered the hull. SBM Offshore won the mooring contract.

The FPSO will serve 18 production and 12 injection wells. The 30 subsea wells will be distributed on 10 templates and two satellite structures. Aker Solutions won the subsea templates contract.

At the time, Benedicte Nordang, subsea manager for Johan Castberg, said the information will increase the well placement precision and help control production and injection.