When Mexico enacted its historic energy reforms in August 2014, it was with the intention of reversing the country’s decline in oil production and to make it a world-class producer again. Such reforms won’t happen overnight but have made an impression on some of the top E&P investors worldwide, some of who were on hand at the Offshore Technology Conference (OTC) panel discussion, “Mexico’s Sweeping and Historic Energy Reforms: Experiences and Results After First Bidding Rounds.” 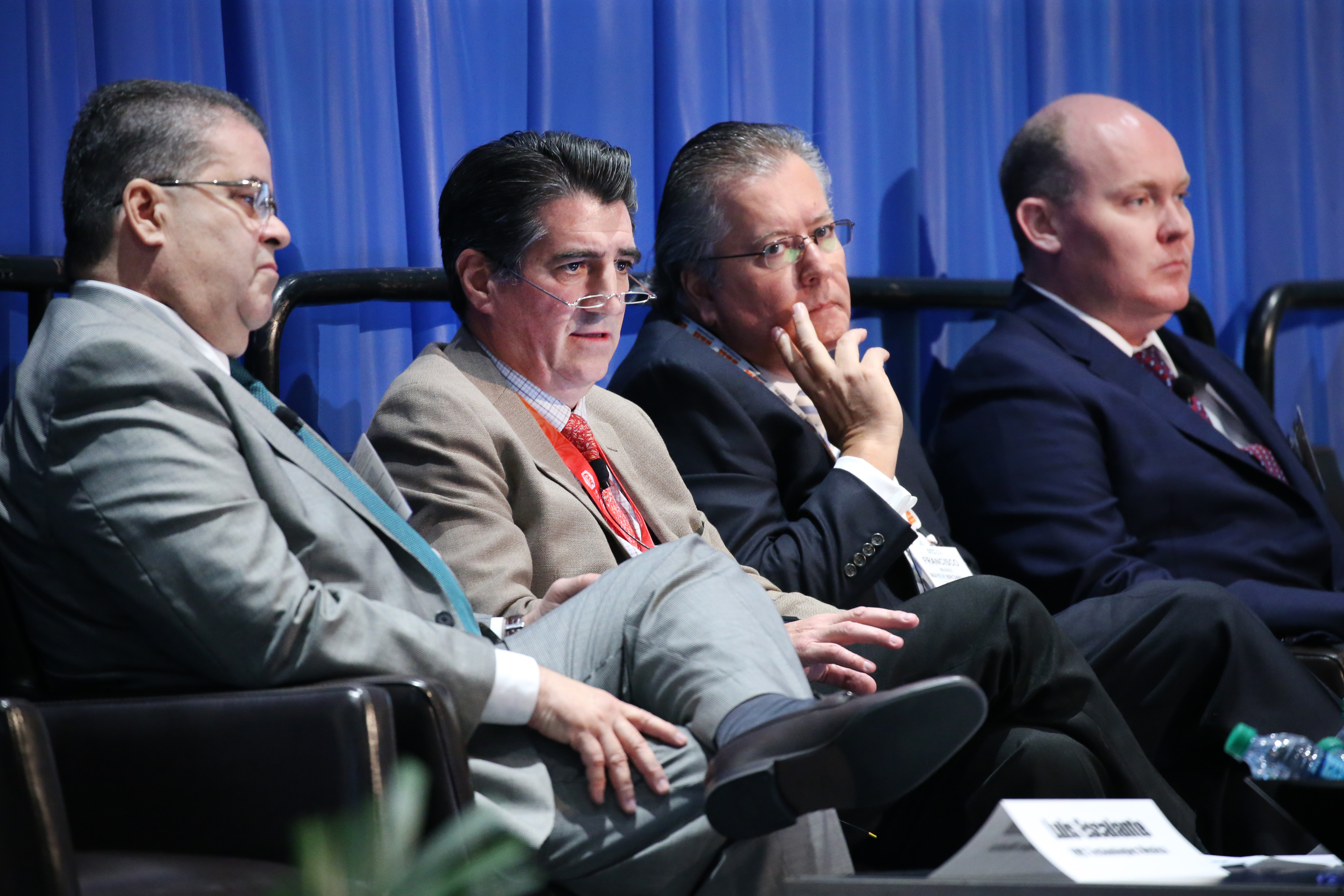 “Why Mexico?” asked Christine Healy, vice president of exploration for Statoil Mexico. “We want to be where we are wanted. We have seen in Mexico a clear and predictable policy, and we have been pleased with the dialog with the industry.”

Comparing Mexico’s reforms to past efforts that rejuvenated other countries, Norway, in particular, Healy labeled Mexico a “new energy frontier.” “Mexico is largely underexplored,” she told the audience. “While geological prospectivity is very attractive [in Mexico], the sheer scope of Mexico’s energy reform has made it an attractive investment.”

In addition to resource potential, she cited the nation’s commitment to infrastructure growth and an uptick in farm-in opportunities as a key reason for her company’s interest.

The opportunities for international investment in Mexico’s exploration are on the rise since the sweeping overhaul of the nation’s energy sector was signed into law by President Enrique Peña Nieto. It’s opened the door into the country dominated by state-owned petroleum company PEMEX.

The country’s deputy secretary of energy for hydrocarbons, Dr. Lourdes Melgar, told the panel audience that Mexico is in the midst of a “revolutionary transformation” due to the energy reform legislation.

To Healy’s point that farm-in opportunities in Mexico are increasing, Melgar said that PEMEX already has requested that 14 of its assigned fields be farmed out. She also said that the country will be holding another round of deepwater bids in December.

In an effort to create further transparency, Melgar said the company has presented a formal request to join the International Energy Agency and is preparing for candidacy in the Extractive Industries Transparency Initiative.

She also said that the country’s reforms were based on a localized strategy. “The key is to create a base of production inside of the country,” she said.

Melgar said Mexico has instituted a five-year plan to build up both E&P and infrastructure, specifically pipelines, in the country. Those plans also include a buildup of potential workforce.

It is the commitment to a long-term strategy that has the attention of potential E&P investors such as Statoil.

“We see that, fundamentally, the energy reform has the potential to result in exploration and resource development, not only for investors and not only for Mexico, but also for Mexicans who are ultimately the owners of the resources,” Healy said.

Contractor challenge
At a later OTC panel discussion about Mexico’s energy reform, no one denied that the measure was a good idea. But they were not shy about iterating the challenges it would present to the service sector. After 75 years of having a single customer, PEMEX, service companies will have to adjust their mindset to accommodate an increasing cast of characters.

No doubt there’s work to be done. The U.S. portion of the Gulf of Mexico has more wells in deepwater alone than Mexico has in its entire offshore region. This will result, Cook said, in increased service intensity and additional spend. And if Mexico begins to develop its shale resources, it will require a large number of rigs.

“It depends on the E&P companies, their infrastructure plans and needs, and their appetite for risk,” he said.

Sergio Aceves, vice president of business development for DIAVAZ, agreed that the energy reform initiative is one of the most ambitious and comprehensive of its kind. “It sets the stage for new infrastructure,” he said. “It’s meant to motivate the private sector.”

Despite a sluggish start, he added, the reform is resulting in a great deal of interest in Mexico’s resource potential. The last bidding round offered 25 onshore blocks, and all 25 received bids. But the full transition will take time.

“I see a lot of potential for the service sector,” he said. “Everybody’s learning. It’s not going as fast as everybody thought it would, but it’s going as fast as it can.” Low commodity prices have not helped speed the pace, he added.

One benefit for the service sector is that a more open structure in the country will provide opportunities for Mexican service companies such as DIAVAZ to partner with international companies, bringing technology and capital investment into the country.

Luis Escalante, general manager for FMC Technologies Mexico, outlined some of the changes that service companies will have to contend with. Prior to the reform measures, they only had one client, one standard contract model for each type of service, multiannual contracts per geographical area, highly commoditized requirements, direct contract awards, and standard terms and conditions. The multiannual contracts meant that typically contracts were renewed every year without the contractor needing to renegotiate or go out for bid.

Since the reform, Mexico already has 18 new players and is likely to get more as its bid rounds continue. Round 1.4, which will entail deepwater blocks, is offering up 10 blocks, Escalante said, and already 29 companies have shown interest. Round 1.5 will offer up the first of the shale blocks.

“There will be a lot of new players in this market,” he said.

His suggestions for success were many. Service companies will need to:
• Migrate their culture to accommodate multiple customers;
• Increase their portfolio through an integrated package offering;
• Expand locations to be closer to clients;
• Move to multifunctional teams;
• Adapt to different contract terms and conditions;
• Optimize supply chains;
• Develop local capabilities;
• Improve their culture of innovation;
• Consider partnerships for technology development; and
• Provide customized solutions.

“You have to be very competitive to be successful in Mexico,” he said.