We’re well aware of the many successes that America’s energy revolution has produced.

We’re now the world’s largest oil and natural gas producer. Not only are we importing less oil, but we’re exporting it now, too. In fact, the energy renaissance has—more than any other sector—sustained the U.S. economy over the past 10 years. This was especially the case during the Great Recession. Even in the darkest of economic days, sensible energy policies helped move the country forward, recharge its economy, improve our energy and national security, and provide more to the disadvantaged. 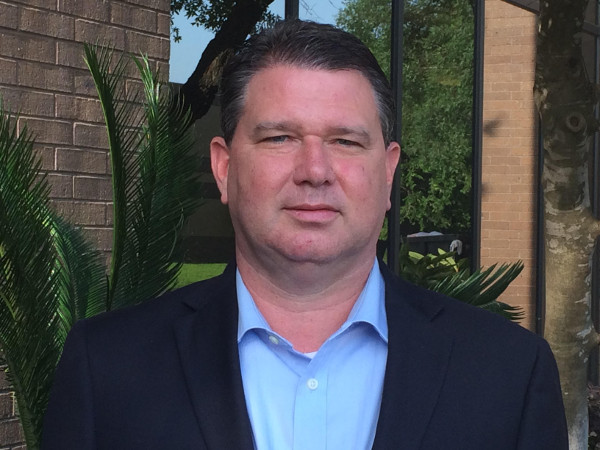 Our oil and gas industry is now, far and away, the envy of the world, and no one has benefited more than American consumers.

In fact, significant savings from low fuel and utility costs bills have improved the average cost of living for most Americans by nearly $750 per year since 2008, according to reports. It has also, per other reports, contributed $156 billion to real disposable income in 2015—meaning the average family received an extra $1,337 in disposable income.

That means it now costs less to drive our cars, warm our homes, consume our food and beverages, and power our energy-intensive electronics, like our smartphones. It’s also easier to better provide for our families.

Unfortunately, there is a small but extremely vocal minority out there working hard to snatch it all away, via the newest twist in environmental extremism: the head-scratching yet multidimensional Keep It in the Ground campaign. This effort—a full throated continuation of anti-fossil energy efforts—aims to block all fossil fuel development on public and private lands, regardless of any safety or regulatory stringency, and tie climate change rhetoric directly to anti-fossil fuels efforts.

Any and all projects connected to fossil energy—pipelines, processing plants, oil and gas exploration, export terminals, electricity generation, you name it—is an automatic no-no, worthy of a full-fledge rally, no matter what, regardless of our energy needs or circumstances.

And it’s the No. 1 greatest threat American consumers and our economy face today. Why?

Despite our enormous resource base and technical prowess, the U.S. oil and gas industry is under attack from some in our government who are increasingly responding to these anti-development messages. Case in point: Most of the offshore regions in the U.S. are now off limits to exploration, despite their tremendous economic promise. The Gulf of Mexico is an exception, for now, but it, too, is now clearly under attack. There are statewide fracking bans in New York and Maryland, complimented by attempts to enact local bans in in other states. Energy development is prohibited in the Arctic National Wildlife Refuge and the National Petroleum Reserve Planning Area—the latter, a region that was specifically set aside for energy development—and many of our needed energy infrastructure projects, including the Keystone XL and Bluegrass pipelines—have been shelved, with many others hanging in limbo.

This mounting opposition, fueled by Keep It in the Ground, is unlike any we’ve seen before, not at this degree.

Consider that for the first time ever, the two main presidential candidates from a major political party have publicly come out opposed to oil and gas development during a campaign season. Fossil fuel divestments have become a hot trend. Activist organizations have even drafted religious organizations to preach sermons on this misguided philosophy from the pulpit.

It’s a game of Follow the Leader, and we’re not leading.

We are the hunted. Just look at recent news clippings.

According to the Wall Street Journal, more than a dozen big-name fossil-fuel projects worth somewhere in the vicinity of $33 billion have been “shelved or significantly delayed” because of escalating regulations spearheaded by this movement. Countless more energy projects, per the paper, remain in up in the air, their futures clouded by political red tape and redundant, bureaucratic hinders. Consumer Energy Alliance’s (CEA) own internal analysis shows that there are now almost 1,000 distinct organizations whose principle mission is to thwart domestic energy development, regardless of the consequences.

This is all scary stuff, not just for the fossil-fuel industry, but more importantly, consumers and our entire economy. And as crazy as it sounds, millions of people are seemingly on board with it.

How can that be?

For starters, the campaign, however fallacious, is well organized and effective. It effectively captures the cultural and ethical upper hand, asserting that saying no to every proposed energy project is a win for the environment, the air you breathe and the water you drink. We’re trying to save the world, supporters say. This isn’t big business, they claim. It’s a moral obligation.

But that couldn’t be further from the truth.

Per the U.S. Energy Information Administration (EIA), advancements in technology and record-sized increases in natural gas use are the primary reasons why emissions from the power industry have been reduced to levels not seen in decades—proof that energy production and environmental protection, contrary to what the naysayers claim, can and do work together.

This campaign is also a business—big business— and one that yields substantial political leverage. A recent U.S. Senate Minority Report revealed that a majority of anti-energy groups are well funded by the deep pockets of wealthy foundations affiliated with some of the world’s biggest and most well-known corporations. That includes the Walmart Foundation, the Rockefeller Foundation and numerous others.

What’s more, the movement effectively manipulates the media to effective inflate its appearance. One common trick is cramming a few dozen activists together for a photo-op, to make it look like everyone is standing hand in hand in opposition. Another well-used ploy? Telling the media, hungry for a story, that thousands upon thousands will rally at an event when only dozens, at best, show up—ironically, in fossil fuel-powered vehicles and with plastic-laminated protest signs made from petroleum products. These groups are not doing the American public any favors; neither are the media by running with these stories.

Stories that depict the “facts” about energy development, from safety to economic benefits, as roughly equivalent to the “opinions” of anti-energy groups, may help sell papers by showing “conflict.” But “conflict” does not equate to truth; and presenting equivalencies that simply do not exist perpetuates confusion and these misguided notions that energy harm society in some way.

In reality, this campaign threatens our economy, jobs, consumers’ wallets, national security and, ironic to its cause, the environment. It not only jeopardizes the oil and gas industry’s incredible run of safely producing energy while helping our environment, but it also threatens to cause permanent damage to an already anemic economy.

That’s because lost in all the chanting and protesting is one key hiccup: How will we meet our modern—and future—energy needs sans fossil fuels? Consider this: One expert after another, including those at the EIA, have reported that energy demand will grow exponentially in the coming decades, with fossil fuels expected to supply more than three-quarters of that demand.

What happens if we do, in fact, “keep it in the ground?” Who knows? But we can agree that it will be an economic disaster greater than any our country has ever faced, and I’m not sure supporters really care.

That’s why the CEA is launching its own movement, called the Campaign for America’s Energy, to counter this effort, better educate Americans on who these anti-energy groups are and showcase the real threats that confront our nation.

We have positive stories to share—jobs, decreasing carbon emissions, a swelling economy, the fast improvement of technology, the lessening numbers of imports from rival nations—and new allies to help us tell them.

Through collaboration with our industry, other industries, communities and proactive efforts, the CEA will help to talk about how industry has helped to improve the environment and how, with the public’s help, we can do more and fight back against Keep It in the Ground and its imminent threat to American consumers.

US Sells Illicit Iranian Fuel; Another Seized Cargo on the Way

More than 1 million barrels of gasoline seized in 2020 sold.

Indonesia says that oil spilled during the transfer.