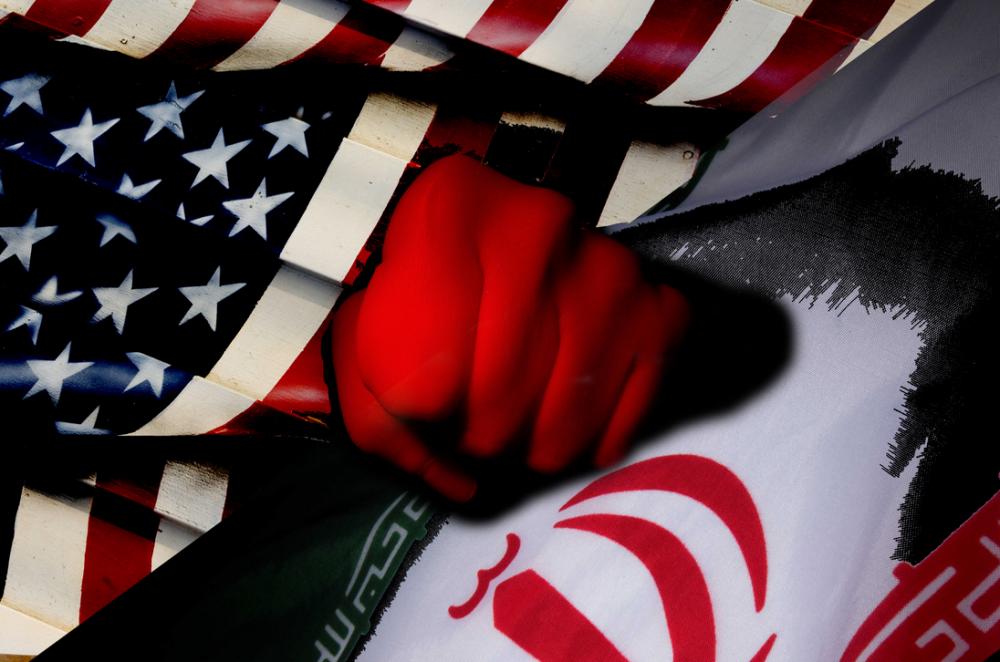 WASHINGTON, D.C.—The United States demanded a cut off of Iranian oil exports to major importers like China and India who had been granted exemptions from sanctions, sending crude prices to six-month highs on fears the U.S. action could lead to a supply crunch.

Secretary of State Mike Pompeo, in a briefing on Monday, said the aim was to halt Iran's exports entirely, as it continues to pressure Tehran to curtail its nuclear program, ballistic missile tests and support for conflicts in Syria and Yemen.

The Trump administration said it was working with top oil exporters Saudi Arabia and the United Arab Emirates to ensure the oil market was "adequately supplied" but the market, already fretting about tight supplies, raised skepticism about whether Riyadh could take a slower approach in boosting exports.

The United States reimposed sanctions in November on exports of Iranian oil after U.S. President Donald Trump unilaterally pulled out of a 2015 nuclear accord between Iran and six world powers last May. After renewing sanctions, it granted waivers to eight major buyers for a six-month period, which ends in May.

"We are going to zero. We're going to zero across the board," Pompeo said, adding that the United States had no plans for a grace period beyond May 1 for countries to comply. He said the aim is to deprive Iran of its lifeline of $50 billion in annual oil revenues.
While Saudi Arabia is expected to boost output again, analysts fear the U.S. move – along with sanctions on Venezuela’s oil industry—will leave the world with inadequate spare capacity.

The international Brent crude oil benchmark rose to more than $74 a barrel on Monday, highest since November, due to the uncertainty surrounding increased supply from Saudi Arabia and other OPEC nations, while U.S. prices hit a peak of $65.99 a barrel for the first time since October 2018.

"Combined with declines in global crude stocks, continued losses in Venezuela production as well as a possible disruption in Libya, a zero-waivers Iran decision will present a challenge to keeping global oil prices in check," Joe McMonigle of Hedgeye said in a note to clients.
Pompeo said he was confident of Riyadh's commitment to making sure there was sufficient supply in the market. Saudi Arabian Energy Minister Khalid al-Falih said on Monday the OPEC exporter would coordinate with other oil producers to ensure a balanced market.

He said it was "monitoring the oil market developments" after the U.S. statement, without committing to raising production. OPEC is next scheduled to meet in June.

Questions About World Supply
Trump has been clear to his national security team over the past few weeks that he wants the waivers to end and national security adviser John Bolton has been working the issue within the administration.

In recent months, Saudi Arabia and other OPEC members have cut supply dramatically. OPEC, along with allies such as Russia and others, agreed to reduce output by 1.2 million barrels per day (MMbpd) but they have exceeded those benchmarks, with Saudi Arabia alone reducing supply by 800,000 bbl/d.

In a tweet, Trump said Saudi Arabia and others in OPEC "will more than make up the Oil Flow difference in our now Full Sanctions on Iranian Oil."
Prior to the re-imposition of sanctions, Iran was the fourth-largest producer in OPEC at almost 3 million barrels per day (bpd), but April exports have shrunk to well below 1 million bpd, according to ship tracking and analyst data in Refinitiv.

Tehran remained defiant over Washington's decision, saying it was prepared for the end of waivers, while the Revolutionary Guards repeated their threat to close the Strait of Hormuz, a major oil shipment channel in the Gulf, Iranian media reported.

The countries that were granted a waiver for importing Iranian oil free from U.S. sanctions were China, India, Japan, South Korea, Taiwan, Turkey, Italy and Greece.

While Italy, Greece and Taiwan already have halted purchases, doing so could prove much more challenging for China and India. Turkey, another buyer, already has slammed the U.S. decision, saying it will not serve peace. Asian buyers largely refrained from strong statements.
Geng Shuang, a Chinese Foreign Ministry spokesman, said at a daily news briefing in Beijing on Monday that it opposed unilateral U.S. sanctions against Iran and that China's bilateral cooperation with Iran was in accordance with the law.

South Korea’s Yonhap news agency quoted the Foreign Ministry as saying the South Korean government had been negotiating with the United States at all levels to extend the waivers and that it would continue to make every effort to reflect Seoul's position until the May 2 deadline.
In India, refiners have started a search for alternative supplies but the government declined to comment officially.

Embassies of India, China and South Korea in Washington did not immediately respond to requests for comment, along with Japan, whose Prime Minister Shinzo Abe will be in the U.S. capital on Friday for an official visit.

This is the oil and gas industry’s first use of blockchain-based smart contracts between capital equipment sales, services, repair and maintenance operations, and signals a new avenue in oilfield services tapping the power of GumboNet.

This is the industry’s first use of a blockchain platform for total water management services in U.S. shale plays.

With GumboNet, Prescient will enhance its insurance offerings with the cost savings and truth immutability inherent in blockchain transactions.