U.S. crude production soared nearly 600,000 barrels per day (bbl/d) in August to record of 12.4 million, buoyed by a 30% increase in Gulf of Mexico output, according to government data released on Oct. 31.

The U.S. has become the world's largest oil producer with output surging to records above 12 million bbl/d this year as technological advances have increased production from shale formations across Texas, North Dakota and New Mexico. All three states saw output rise in August.

Additionally, oil production in the Gulf of Mexico (GoM) rose 469,000 bbl/d in the month to a record for the region at above 2 million bbl/d, according to the U.S. Energy Information Administration's (EIA) monthly drilling report.

Hurricane Barry in July disrupted GoM output, accounting for some of the month on month gain. Still, GoM output has climbed by about 100,000 bbl/d from the start of the year.

Demand for gasoline rose to a record 9.82 million bbl/d in the month. Demand for diesel also rose, climbing to 4 million bbl/d, according to a separate monthly report issued by the agency on Oct. 31.

Meanwhile, monthly gross natural gas production in the lower 48 U.S. states rose to an all-time high of 104.2 billion cubic feet per day (Bcf/d) in August from the prior record of 101.6 Bcf/d in July, according to the EIA's 914 report.

In Texas, the biggest gas-producing state, output increased 1.9% to a record high of 28.5 Bcf/d in August from the prior monthly all-time high of 28 Bcf/d in July.

In Pennsylvania, the second-biggest gas-producing state, output rose 0.6% to a record 19.2 Bcf/d in August from the prior all-time high of 19.1 Bcf/d in July. 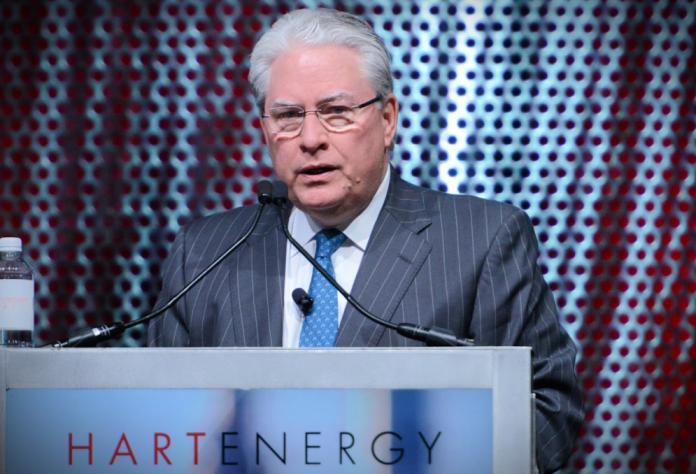 The Ammys is a set of awards given annually by Dallas-based Alerian to recognize excellence in the North American energy infrastructure industry.

From renewable power projects to cutting emissions from oil and gas operations, supermajors on both sides of the Atlantic are taking different approaches to going greener.