U.S. energy firms cut the number of oil and natural gas rigs operating for the first time in four weeks even as a rebound in crude prices from coronavirus lows over the past few months prompted some producers to return to the well pad.

The U.S. oil and gas rig count, an early indicator of future output, fell by two to 254 in the week to Sep. 11, according to data from energy services firm Baker Hughes Co.

That total rig count fell to a record low of 244 rigs during the week ended Aug. 14.

U.S. oil rigs fell one to 180 this week, while gas rigs also declined by one to 71, according to Baker Hughes data.

Even though U.S. oil prices are still down about 38% since the start of the year due to coronavirus demand destruction, U.S. crude futures have gained 100% over the past five months to around $37 per barrel Sept. 11, mostly on hopes global economies and energy demand will snap back as governments lift lockdowns.

Most firms, however, still plan to keep cutting costs.

Cowen also said that some E&Ps issued early estimates for 2021 that so far point to an 8% drop in spending next year versus 2020. 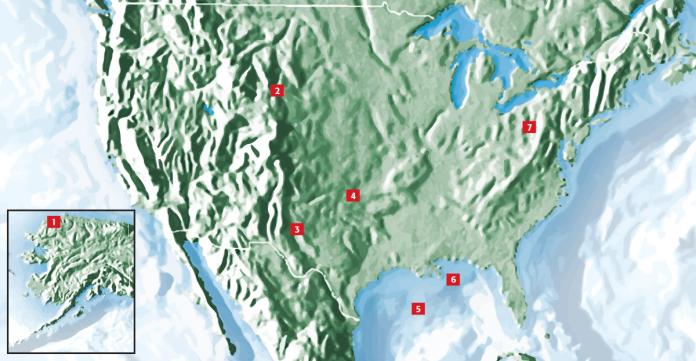 Check out the latest oil and gas drilling activity highlights across the U.S. featured in the September issue of E&P Plus including Occidental Petroleum Bone Spring discoveries plus Marcellus Shale wells completed by Chevron.