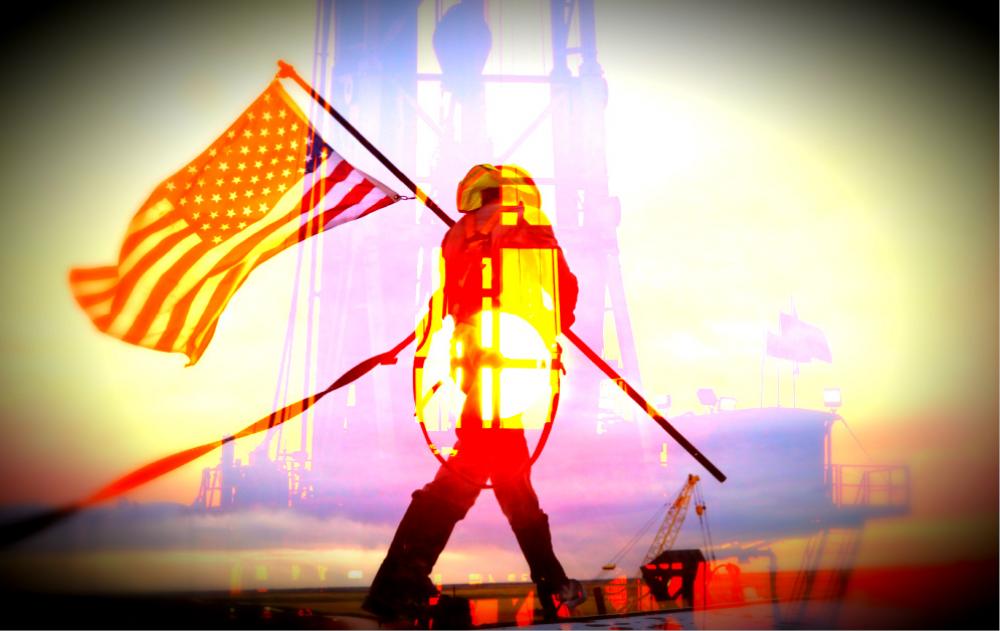 Oil and gas companies plunged over $156 billion into corporate takeovers and land deals during the second U.S. shale boom, in a massive bet that good times would continue and crude prices would rise. Many of those deals have become financial albatrosses.

The prospect for relief is limited: the industry is still working through the shock of a historic collapse in fuel demand in such a short period of time, prompted by the sudden impact of the coronavirus on global mobility. Oil companies are cutting their budgets to preserve cash and survive—not to spend it on buying more companies.

That leaves few companies with the money or the appetite to buy distressed assets. Another 150 North American oil and gas producers could face bankruptcy by the end of 2022, according to Rystad Energy, if crude prices remain near current levels.

The shale revolution turned the United States into the world's largest crude producer, pumping out more than 12 million bbl/d at its peak. The industry beat forecasts again and again for production growth, but rarely for financial returns.

Still, the promise of future returns lured investors, including a wave of acquisitions that happened after the first boom when prices pulled back sharply from 2014 to 2016.

Now, many of the 2016 to 2019 shale deals are financially unworkable due to low oil prices, according to six people familiar with the transactions.

Of the 50 largest acreage purchases or M&A transactions between 2016 and 2019, at least 31 add value only if global benchmark Brent crude is above $50/bbl, or $5 higher than current levels, according to energy research firm Wood MacKenzie.

Production has fallen by more than 1 million bbl/d, and there is little to encourage a sustained rise in prices. Fuel storage is brimming worldwide, and fuel demand has been slow to recover even as global lockdowns ease.

Investors are wary of energy shares, as the S&P 500 Energy sector is down 40% this year even as the U.S. stock market touched new highs this month.

Oil companies such as BP Plc, Occidental Petroleum Corp. and Exxon Mobil Corp. made highly publicized purchases that have lost substantial value. BP Plc, Royal Dutch Shell Plc and others have cut the assumed value of those assets, conceding big wagers on shale will not pay off.

In May 2019, Occidental bought Anadarko Petroleum for $38 billion, taking on debt to outbid oil major Chevron Corp in a big bet on bigger growth in the largest U.S. oil patch in Permian Basin. The combined company was worth about $80 billion when the deal was announced, but is now worth just $12.1 billion.

Occidental cut expected capex for this year by more than half after oil prices plummeted, and dropped its quarterly dividend to a penny per share.

"You took a company [Occidental] that was healthy, and potentially an acquisition target itself, and it looks like you created a much larger unhealthy company," said one energy M&A lawyer.

There are few exit strategies for companies holding unwanted assets and acreage. Some, like Occidental, are seeking to sell assets to pay down debt even though buyers are scarce. Others will likely be forced to unload stakes at a loss.

"I don't think they're going to go snapping up shale players anytime soon. A lot of these companies haven't even been able to prove that they can make money with what they have," he said.

Occidental recently said it would sell assets in Colorado and Utah as it struggles to whittle down its $36 billion debt load.

“People were too focused on growth as opposed to really drilling things that make sense," said Brock Hudson, managing director at investment bank and advisory firm Carl Marks Advisors. "It's hard not to appear that you overpaid when we end up in a situation like we are right now.”

Overall, Permian Basin purchases accounted for nearly a third of the 2016-19 deals, Ernst and Young said. In the Permian, over 80 deals were done in which exploration and production companies paid over $10,000 an acre, according to industry information provider Enverus.

"The current price environment is in no way sufficient for a large number of E&Ps in the medium-term,” said Artem Abramov, Rystad Energy’s head of shale research.

Different formulas can be used to evaluate deals, but analysts said Concho Resources Inc.'s March 2018 purchase of RSP Permian was one of the costliest. The $9.5 billion deal implied a $75,504 purchase price per acre.

Diamondback Energy Inc.’s 2018 purchase of Energen came out to a $54,977 per-acre price, but from a price-per-barrel metric, it was the most expensive Permian deal, according to Wood MacKenzie, at an average Brent price of more than $77/bbl.

Bankruptcies are expected to pick up in the second half of the year. By July, 32 oil and gas producers filed for bankruptcy, according to law firm Haynes and Boone. After a sharp price drop in 2014, about 100 companies filed for bankruptcy protection in 2015 and 2016, the firm said.

This year's bankruptcies so far left about $49.7 billion of secured and unsecured debt to be settled, compared with $73 billion in 2015 and 2016, Haynes and Boone said.