Russia expects a constructive meeting with OPEC producers this week, its energy minister said on Dec. 3, as OPEC leader Saudi Arabia presses members and allies such as Russia to deepen output cuts to avoid a new glut next year.

OPEC meets on Dec. 5 in Vienna followed by a meeting with Russia and others, a grouping known as OPEC+, on Dec. 6.

“We are still finalizing our position,” Russian Energy Minister Alexander Novak said when asked about Moscow’s stance before the talks. “Let’s wait ... But I think the meeting, as usual, will be of a constructive nature,” he told reporters in Moscow.

A source familiar with the Russian thinking told Reuters that Moscow would “most likely” reach consensus with OPEC this week and just needed to iron out a few outstanding issues.

Producers must decide to continue, trim, deepen or dump their agreement which currently calls for a collective cut of 1.2 million barrels per day (MMbbl/d), about 1.2% of global demand.

A sticking point for Russia this time is how its output is being measured—it includes gas condensate in its figures, while other producers do not.

“We will discuss with our colleagues to take account of our statistics the same way as for OPEC countries—excluding condensate,” Novak said.

Russia has agreed to reduce output by 228,000 bbl/d to about 11.18 MMbbl/d under the current deal but it pumped more than that—11.244 MMbbl/d—in November, Reuters calculations show.

Novak said Russia’s average cut was 195,000 bbl/d in November but by excluding condensate its output cut could be about 225,000 bbl/d to 230,000 bbl/d in December. Moscow has typically taken a tough stance before OPEC+ meetings before approving the policy.

Two sources told Reuters on Dec. 2 that OPEC+ was considering deepening the cuts by at least 400,000 bbl/d.

Saudi Arabia, OPEC’s biggest producer, is lobbying for extra cuts as higher oil prices would help it balance its budget and support state-owned oil giant Saudi Aramco, which is set to price its initial public offering on Thursday, the sources said.

Saudi Arabia is also pressing Iraq and Nigeria to improve their compliance with their output quotas as a condition for Saudi cutting more output.

Reports on Dec. 2 that OPEC+ was considering deeper cuts helped lift oil prices. On Dec. 3, benchmark Brent was steady near $61 per barrel.

Without additional cuts the oil market risks a large oversupply and build-up in inventories in the first half of 2020, sources said Dec. 2, citing the latest OPEC analysis drawn up by OPEC’s Economic Commission Board.

Goldman Sachs analysts said OPEC+ was likely to extend output curbs until June but said three extra months would provide little support for prices, which they expect to trade around $60 in 2020.

A senior official at the International Energy Agency (IEA), the West’s energy watchdog, said on Dec. 3 that OPEC was unlikely to agree a change to the output pact this week given uncertainty about the market outlook.

“OPEC is quite likely to do what it has often done in the past: put off taking a decision which involves changing the current system until things become clearer,” said Neil Atkinson, head of the IEA’s oil markets division.

“There’s a lot of uncertainties out there, not least the U.S. shale outlook, strength in demand, the overall economic outlook, all the rest of it, that more likely than not they will leave it in place and meet again in March,” Atkinson said. 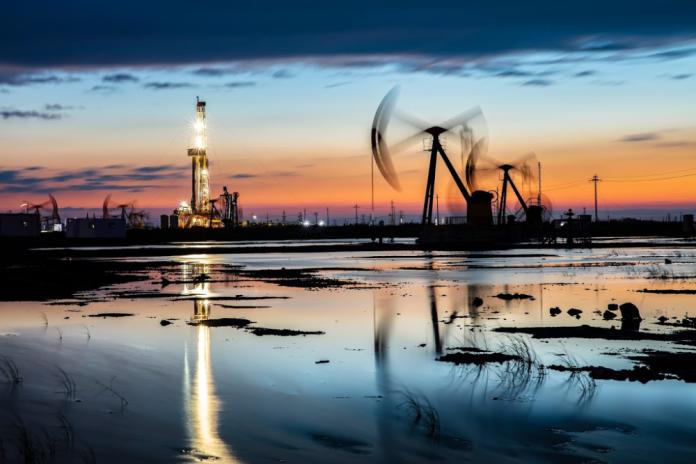