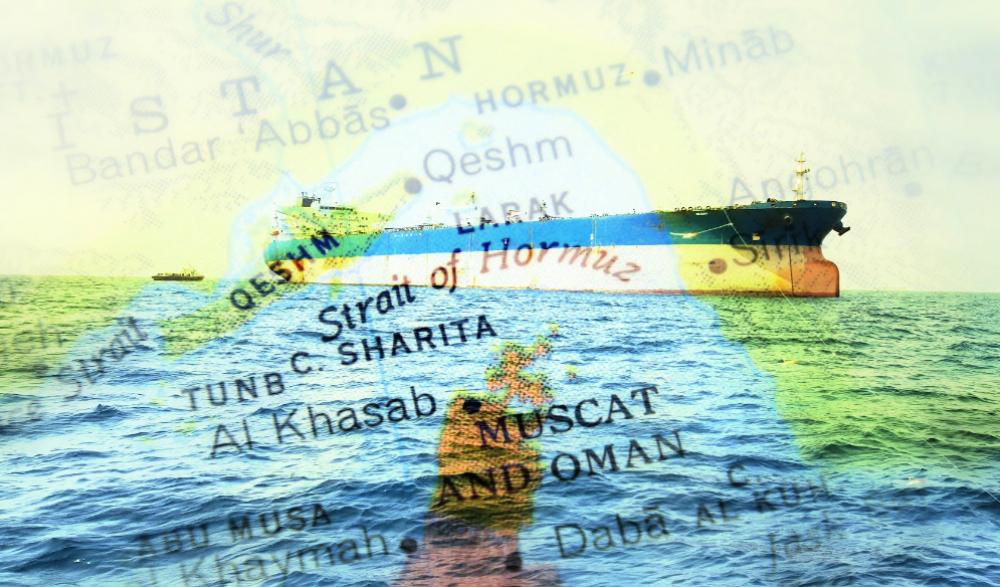 Oil tanker off the cost of the United Arab Emirates in the Strait of Hormuz last June. (Source: agilard / Shutterstock.com)

Iran is unlikely to block the Strait of Hormuz, the world's busiest oil-shipping channel, in reprisal for the killing of Qassem Soleimani for fear of aggravating its Gulf allies and China, regional analysts said Jan. 13.

Tehran has long threatened to block the waterway between Iran and Oman—33 km (21 miles) wide at its narrowest point and the conduit for some 30% of all crude and other oil liquids traded by sea—as a way of hitting back at the West.

But Iran has found its room for maneuver limited after the killing of Soleimani, Iran's top military commander, in a Jan. 3 U.S. drone attack at Baghdad airport in Iraq.

Iran's retaliatory rocket strikes on Iraqi bases housing U.S. troops, which caused no casualties, and its shooting down—apparently by mistake—of a Ukrainian airliner minutes after take-off from Tehran on Jan. 8, killing all 176 aboard, have also reduced the scope for further quick action.

"The Iranians aren't going to close the Strait of Hormuz," said Michael Stephens, a research fellow at the Royal United Services Institute (RUSI) and a former analyst seconded to the British Foreign Office in the Middle East.

"They don't want to upset Qatar, one of the few allies they have in the Gulf, and there's a new sultan in Oman who they need to keep onside. They need to keep those allies."

Furthermore, China, which is increasing its influence in the region and buys 50%-70% of Iranian oil exports, would be opposed to any interruption of energy flows through the strait, according to Jonathan Eyal, RUSI's international director.

While Iran is expected to retaliate further for Soleimani's killing in time—either directly or through various Middle East proxies, the U.S. has thrown Tehran on the defensive with the scale and boldness of its strike on Soleimani.

"The costs are now extremely high for Iran," said Stephens. "They have to factor in that the sky is now effectively the limit for the Americans when it comes to retaliation" against any move by Tehran.

"Any big, flashy response [by Iran] is much less likely, given those considerations."

Instead, short of the Iranians making another strategic miscalculation, analysts expect tensions in the region to move back into a more regular "holding pattern".

But the threat of longer-term Iranian retaliation remains, with proxy movements in Lebanon, Syria, Iraq and elsewhere poised to strike if Tehran doesn't act directly itself.

Stephens said U.S. special forces in northeast Syria were a potential target for Hezbollah, the Iran-allied Lebanese militia, while a strike against a senior Western military commander in Europe could not be ruled out.

Another attack on U.S. interests in Iraq was seen as less likely as it could play into the hands of Islamic State militants—bitter enemies of both Iran and the U.S.

The new plant will support growth in the Delaware Basin.