SAN ANTONIO—Howard Energy Partners May 16 announced that it has completed construction on the majority of its previously-announced crude oil and natural gas gathering and processing infrastructure in the core of the Delaware Basin. HEP’s Delaware Basin assets are part of a strategic joint venture with WPX Energy (NYSE: WPX) that is operated by HEP and supported by an area of mutual interest of more than 600 square miles in Lea and Eddy counties, N.M., and Reeves and Loving counties, Texas.

These assets are the initial phase of HEP’s broader strategic plan in the area:

·       HEP has entered into a new contractual commitment to support a significant Delaware Basin producer that will further expand HEP’s crude oil gathering to accommodate the dedication of more than 10,000 additional gross acres.

·       HEP continues to build out its natural gas infrastructure, recently completing a 23-mile, 24-inch trunkline connecting additional gas processing supplies in the area. Construction is ongoing of approximately 21 miles of 16-inch high pressure, rich gas gathering pipelines, expected to be complete this summer. Once fully built out, the system will have approximately 800 MMcf/d of throughput capacity. HEP has the capability to expand infrastructure as customers continue to move toward full-scale development.

“The completion of our previously announced projects in the Delaware Basin and our continued presence in the region is part of our broader company strategy to diversify both service offerings and geographic area,” said HEP Chairman and CEO Mike Howard. “We are in the core of the core of the Delaware Basin with multiple productive zones and it will continue to be a growth focus for HEP. Through our strategic relationships and great customer service we continue to attract third-party business and expect volume growth to remain strong on our strategically located processing and pipeline assets.”

HEP has operations in six oil and gas development regions including the Texas Gulf Coast, the Stack in Oklahoma, the Eagle Ford in South Texas, the Delaware in West Texas and southern New Mexico, the Marcellus in Pennsylvania, and Mexico via the Nueva Era Pipeline. 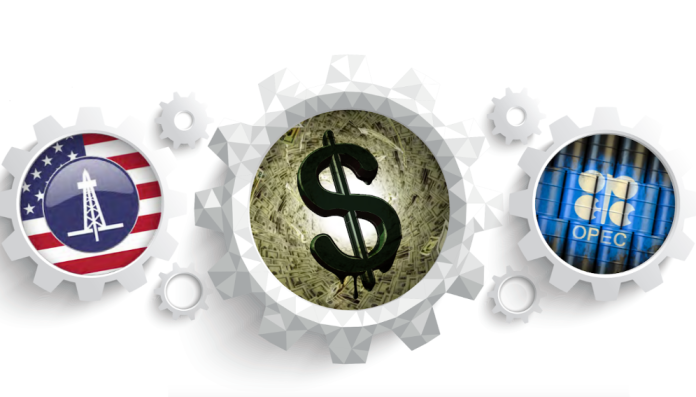 While many second-tier producers struggle with the effects of added U.S. crude supply, the big three make common cause.