Federal and state authorities on Sept. 13 criminally charged climate change protesters for shutting down the largest U.S. energy-export port for a day by dangling from a bridge.

The protest organized by Greenpeace closed part of the Houston Ship Channel on Thursday. The Harris County District Attorney's office said its charges were the first under a new law that makes it a felony to disrupt energy pipelines and ports.

Those charged include 31 people who dangled on ropes off a bridge or who provided logistical support, said Teare. Most of the protesters were expected to appear Friday before a magistrate for a probable cause hearing, he said.

All 31 face up to a $10,000 fine and two years in prison if convicted. The district attorney's office plans to convene a grand jury to consider other criminal charges, he said.

Federal prosecutors separately charged 22 members of the same group with misdemeanor obstruction of navigable waters, according to a filing on Friday. They could face up to a year in prison on the the federal charges.

"This is a bullying tactic that serves the interests of corporations at the expense of people exercising their right to free speech," said Tom Wetterer, Greenpeace's general counsel.

Texas was one of seven states this year that passed laws seeking to curb protests over energy projects such as the Dakota Access Pipeline and Bayou Bridge pipeline.

Greenpeace could face a $500,000 fine under the Texas law for supporting the protests, said Jennifer Hensley, director of state lobbying and advocacy for environmental group Sierra Club, which is contesting some of the laws.

In Louisiana, pipeline opponents this year challenged a similar law in federal court, arguing it is overly broad and designed to chill constitutionally protected protest activities. That case continues in court.

The Houston Ship Channel on Friday reopened for vessel traffic after the last of 11 protesters was removed by police.

Teare said the protesters hung low enough by rope from the bridge to prevent ships from passing. Others charged were in rubber boats on the water as spotters or on the bridge providing assistance.

The Houston Ship Channel stretches 53 miles (85 km) from its entrance in the Gulf of Mexico to the Port of Houston. The area affected is home to five major oil refineries as well as chemical and oil-export terminals.

Day-long shutdowns caused by fog are typically cleared within a day, a Coast Guard official said on Thursday. 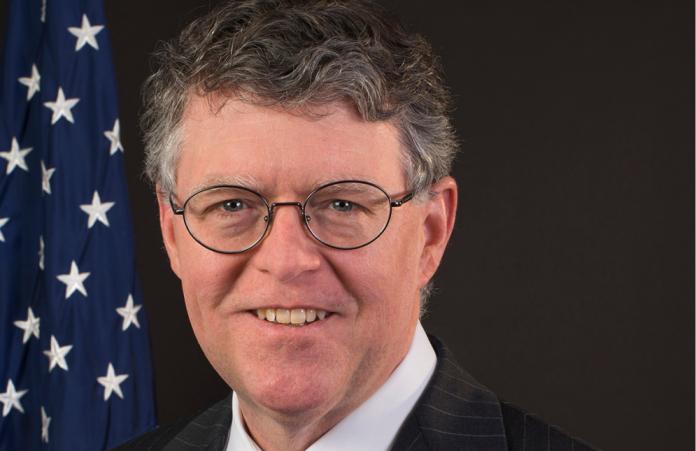 FERC Commissioner McNamee to Step Down

Departure could leave the commission with only three of its five seats filled.

However, U.S. regulatory officials may still have to issue another environmental assessment for DAPL before deciding if the 570,000-bbl/d oil pipeline can continue to operate.