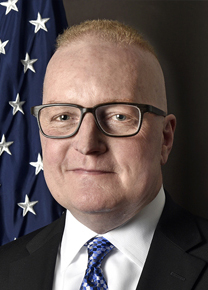 FERC had not officially announced McIntyre’s death as of 1 p.m. CST on Jan. 3, but several sources had confirmed it to news media.

“I am deeply saddened by the loss of Commissioner McIntyre,” said Sen. Lisa Murkowski (R-Alaska), chairman of the Senate Committee on Energy and Natural Resources, in a statement. “As a lawyer, a commissioner and as FERC’s chairman, he always had the utmost respect for the agency and its mission. He was as warm and engaging as he was knowledgeable about the issues that came before him. My thoughts and prayers are with Kevin’s family and all who knew and loved him.”

McIntyre, a nominee of President Donald Trump in August 2017, became chairman in December 2017 but stepped down in October 2018 due to health issues. Neil Chatterjee succeeded him but McIntyre continued with FERC as a commissioner.

McIntyre was co-leader of the Jones Day global energy practice prior to joining FERC.