Italy’s state-controlled oil company Eni said on Feb. 17 it notched an offshore discovery just off Mexico’s southern Gulf Coast, marking “a potential commercial outcome” in its area because of other nearby prospects.

The new find is believed to contain between 200 million and 300 million barrels of light oil at a water depth of 340 m (1,115 feet) and comes about two years after the company said it had raised the estimate from a separate offshore prospect in Mexico to 2 billion barrels.

The Milan-based company said in a statement that its Saasken-1 exploratory well that made the discovery was about 65 km (40 miles) off the Mexican coast, marking the sixth consecutive successful well drilled in its offshore acreage in the country.

Tests show that Saasken-1 could hold a production capacity of more than 10,000 barrels per day (bbl/d), the company added.

“The discovery is opening a potential commercial outcome of Block 10 since several other prospects located nearby may be clustered in a synergic development,” Eni said.

The Italian major was one of the big winners at a series of Mexican oil auctions conducted from 2015 to 2018, and currently holds stakes in eight contracts, including six in which it runs operations.

Eni currently produces some 15,000 bbl/d from another block it won at auction in Mexico, and expects output to reach 100,000 bbl/d during the first half of next year.

Mexican President Andres Manuel Lopez Obrador, a leftist energy nationalist, has since suspended the oil auctions as he seeks to boost state-owned Pemex, which has experienced 15 straight years of falling oil output.

Lopez Obrador long opposed the 2013 constitutional energy overhaul enacted under his centrist predecessor that ended Pemex's decades-long monopoly. While he has not scrapped the reform, he has challenged contract winners to invest and quickly produce oil before he considers allowing more auctions.

The discovery by the Eni-led consortium, which also includes Russia’s Lukoil and Mexico’s Capricorn Energy, was made in the southern Gulf of Mexico’s Salina Basin. 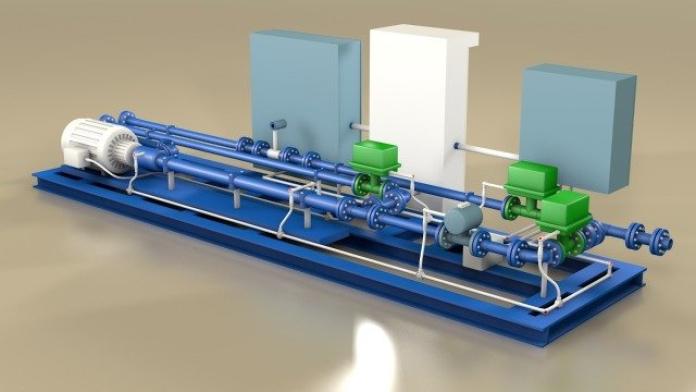 The new method uses the co-injection of gas and liquids to perform the actual artificial lift, removing downhole equipment from the equation.