HOUSTON—Enbridge Inc. will consider re-filing its application for federal permits to build a crude export terminal off Freeport, Texas, if market demand picks up, a company spokesman said on Jan. 3.

The Canadian pipeline operator recently withdrew its proposal for a facility capable of handling supertankers, U.S. maritime officials said this week, taking the project out of the current race to export U.S. shale.

Enbridge last month said it would jointly develop a deepwater facility with Enterprise Products Partners LP, whose project had already been advanced by long-term agreements with oil major Chevron Corp.

“Enbridge will consider re-filing the application in the future should market demand for additional export capacity grow in the future,” spokesman Devin Hotzel said in an email. The company had said it would position its Texas COLT project, or a similar proposal, to move forward if demand supported it. The Texas COLT project is jointly owned by Oiltanking Partners.

Enterprise’s Sea Port Oil Terminal (SPOT) project is planned for a location near Enbridge’s. The U.S. Coast Guard and Maritime Administration on Dec. 30 said the licensing process had come to an end. It was one of five that had filed for federal permits.

Carlyle Group said in October that it had dropped out of a $1 billion crude export terminal near Corpus Christi, Texas, marking the beginning of a shakeout among the terminal proposals vying to export U.S. crude. 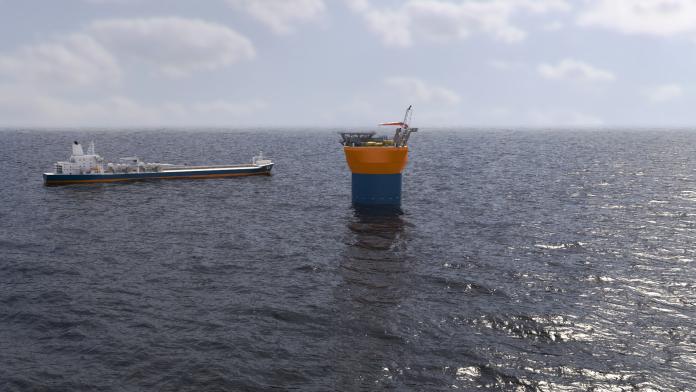