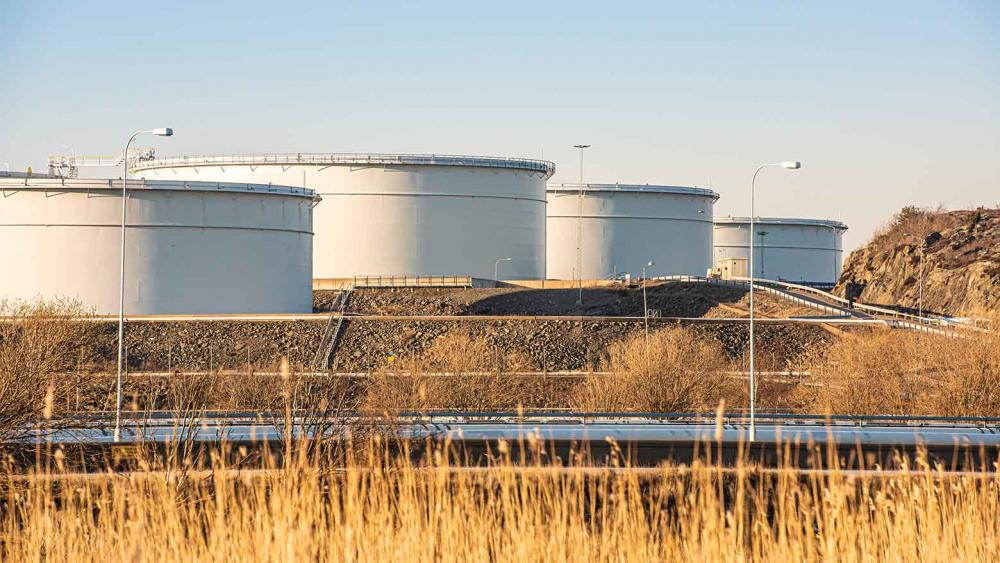 Total stocks of crude and products, excluding oil stored in the strategic petroleum reserve, ended the year 6% above the seasonal average for the previous five years, down from a surplus of 14% at the start of July.

Excess petroleum inventories were still in the 74th percentile for all weeks since the start of 1995, on the high side, but down from a surplus in 92nd percentile at the middle of the year.

Total inventories, including the strategic petroleum reserve, have declined in 21 out of the last 26 weeks, by a total of 136 million barrels.

Gasoline and distillate stocks have shown the fastest return to normal while commercial crude stockpiles have faced a more sluggish adjustment.

Distillate stocks, which include road diesel and heating oil, had been reduced to a surplus of 7%, down from 29% at mid-year, according to weekly statistics from the U.S. Energy Information Administration.

Commercial crude stocks were still 10% above average, down from 19% in the middle of the year, indicating slower progress.

Oil producers and refiners have adjusted at an exceptionally fast pace following the record shock to oil consumption caused by the first wave of the coronavirus and the associated lockdowns.

On the crude side, excess inventories have been cut by lower output from domestic shale producers and a fall in imports especially from Saudi Arabia.

On the products side, stocks have been cut by slower crude processing and a decision to focus on gasoline at the expense of middle distillates such as diesel and jet fuel.

In final week of December, U.S. refineries processed 14% less crude than average for the previous five years, even though domestic consumption was down by just 7%.

Processing restrictions are likely to persist in for the next two to three months, which should ensure stocks of products end the first quarter below average.

Lower product stocks will support higher refining margins and a sharp increase in crude processing during the second quarter.

Based on futures prices, refining margins for gasoline and distillate delivered at the end of the second quarter have already risen by 40% and 60% from their post-crisis lows.

The principal risk to rebalancing comes from a resurgence in coronavirus and the possibility of new lockdowns to contain it, which could force fresh cuts in margins and processing.

Consumption of petroleum products has recovered strongly, ending the year 7% below the five-year average up from a deficit over 30% at one point in April.

The strongest rebound has come in distillate, where consumption ended the year running above the five-year average.

Distillate use is closely linked to the business cycle, especially manufacturing and freight transportation, so it has bounced back in line with the surge in manufacturing.

The resurgence in diesel use is consistent with the widespread reactivation of manufacturing reported in the Institute for Supply Management’s monthly surveys and the Federal Reserve’s industrial production index.

Gasoline consumption has also recovered, ending the year 10% below the five-year average, but improvement has stalled and even reversed since the end of third quarter, when consumption was down 5%.

Gasoline consumption has been hit by the new wave of coronavirus infections and reimposition of travel restrictions and work from home orders.

The worst-affected segment remains jet fuel, however, where consumption ended the year 35% below the five-year average as a result of international travel restrictions and nervousness about flying during the epidemic.

But the reduction in excess distillate inventories and the strength of diesel demand is encouraging refiners to end their focus on gasoline production and target a more normal distribution of product outputs.

U.S. refiners boosted their combined production of distillate and jet to 74% of their output of gasoline in the final week of the year, up from a recent low of just 55% in mid-October.

If manufacturing and freight transport remain strong, while private motoring is hit by renewed coronavirus controls, refiners will shift to prioritize distillate consumption by the end of the first quarter.

Enbridge Inc.'s Texas Eastern Transmission (TETCO) unit said on July 26 it provided all the information federal safety regulators requested and is preparing to increase pressure in its Pennsylvania to Mississippi pipeline as soon regulators approve.