Oil and gas explorer Beach Energy Ltd said Oct. 5 it will sell a 40% stake in its Victorian Otway gas assets for A$344 million (US$243 million) and trimmed its earnings and production guidance. 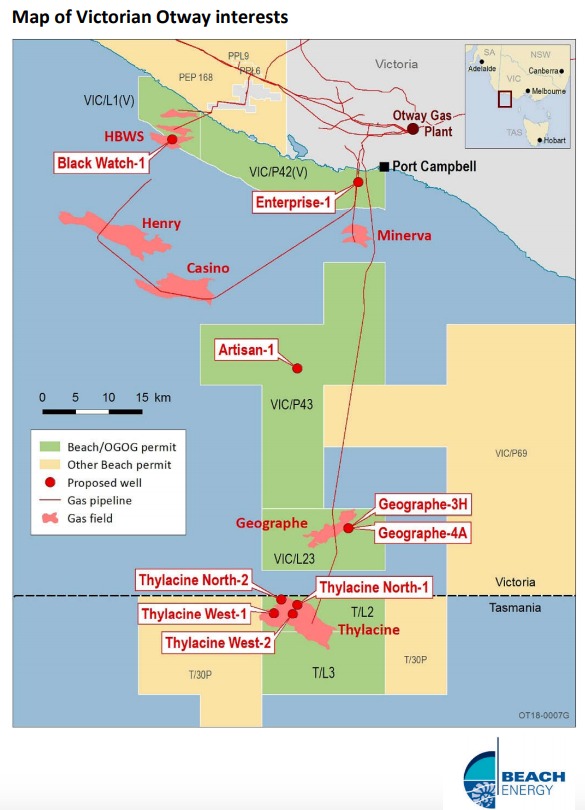 Beach said the stake would be sold to a unit of Eyal Ofer's O.G. Energy, part of the privately held Ofer Global group of companies.

Following the sale, four new joint ventures will be formed, with Beach operating and having a 60% interest in each joint venture, the company said in a statement.

"We intended to sell down our interest and will be applying the sales proceeds to reduce debt and fund a portion of our future capital expenditure program," CEO Matt Kay said.

Operational issues prevented the Australian E&P from getting hydrocarbon samples from its two most prospective zones.