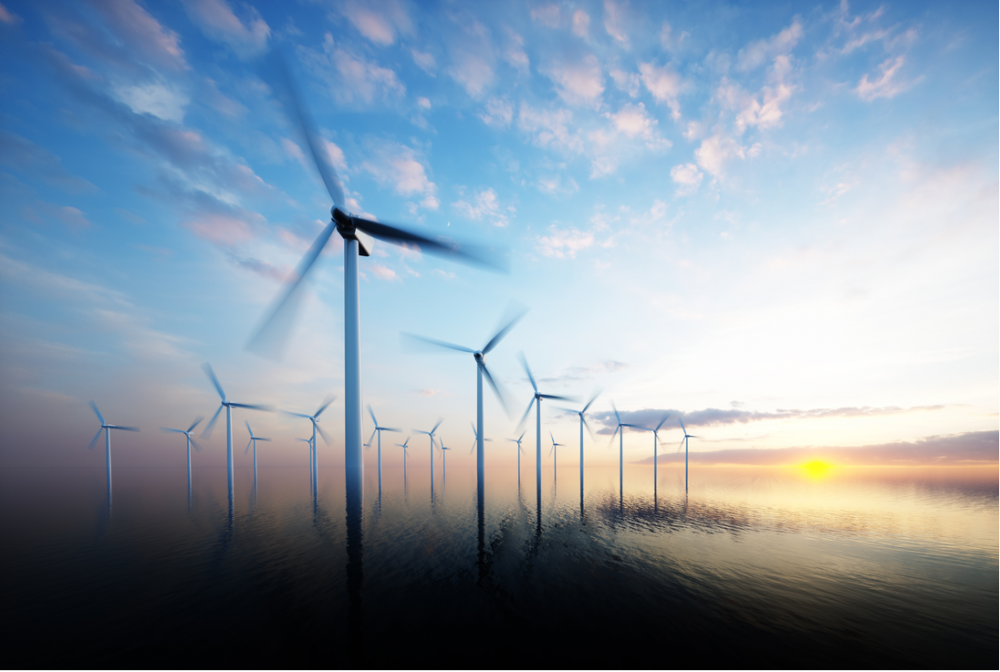 [Editor’s note: This is a continuing article. Check back for continuing coverage on AWEA Windpower 2019]

HOUSTON—Now a mature industry, U.S. wind energy has grown from one with huge potential to one with huge expectations. Optimism abounds throughout the American Wind Energy Association’s (AWEA) Windpower 2019 conference on May 21 at the George R. Brown Convention Center, and it was intertwined with bits of caution.

The first full day of the conference was highlighted by what is traditionally one the event’s most popular sessions—a panel of analysts including Dan Shreve, head of global wind research at Wood Mackenzie; Maxwell Cohen, associate director at IHS Markit; and David Hostert, head of wind research at Bloomberg NEF.

All three delved into the long-term outlook for U.S. wind energy—onshore and offshore—and addressed what became the recurring concerns throughout various presentations during the day. Those concerns were summarized earlier in the day by AWEA President and CEO Tom Kiernan as he outlined the work ahead for the association. They include market design and transmission, carbon legislation and solving siting issues for wind projects.

“Energy transition is something we’re going to hear for months and years to come, and the power market is certainly in transition,” Shreve said. “Wind is absolutely maturing. It’s coming to a point in which it is becoming a great and greater part of the energy puzzle. It’s important to understand how wind fits in…there are certain tenets that have remained relatively consistent over the last few years.

“We haven’t had a lot of activity with respect to load growth prompting new investment in the power markets,” he continued. “Instead, we’ve seen flat load growth, less than 1 percent over many years. We expect this trend to continue through the 2040 timeframe.”

Shreve cited energy efficiency, the impact of distributed generation from technologies such as distributed solar, and the efficiency of the general economy—including trade concerns—as factors affecting that growth.

He added electrification of transportation can certainly alleviate those hindrances, but said, “we’re looking far down the road.” Wood Mackenzie expects 80 million electric vehicles by 2040.

Shreve added optimism for the future of the industry saying major energy players such as Equinor ASA, Ørsted AS, BP Plc and Royal Dutch Shell Plc will be able to push the industry forward.

He also asked whether federal mandates will add to what has been, so far, state-level growth generation.

“There’s a lot of interest and tremendous amount of investment opportunity,” he said.

IHS Markit’s Cohen said the firm’s newest outlook through 2050 was “good for renewables.” He allowed that the firm was boosting its solar outlook substantially more than wind.

“Solar and wind are really the two technologies that matter in this case—mostly onshore wind and solar PV. Everything else is pretty marginal in terms of impact, overall” Cohen said. “The tax credits are still very key.”

He said the high-wind regions of the central U.S. are going to take the lion’s share of development. He added that California has problems with siting issues and the northeast has expensive capex and arduous development. The southeast U.S. is mainly focused on solar.

Cohen said repowering will continue, mostly in seven states. “But there are some risks to repowering,” he said. “You’re putting new equipment on an old tower and old pad. There’s also the potential that you’re going to be reopening your permits.

“In the long term, we see wind energy turning into an O&M (operations and maintenance) and repowering market,” he continued, noting that new installations will flatten.

Cohen also examined “conventional” generation and said natural gas is still consolidating its position as the leading fuel in 2050. He said it varies by region, however. For example, IHS Markit sees gas declining in California.

Bloomberg NEF’s Hostert was a bit more optimistic than his colleagues when it came to a long-term outlook for wind energy in the U.S.

He said turbine price must be a driver of that growth, however. He showed that there’s been a 50% drop in cost over the last 10 years.

In terms of demand, “corporate demand is underpinning wind demand growth” he added.

“Buyers are trying to diversify their portfolios,” he continued, saying that solar has been the dominant choice so far. “Second generation buyers are thinking more about hour-by-hour. They are also more keenly aware of pricing at the hub level.”