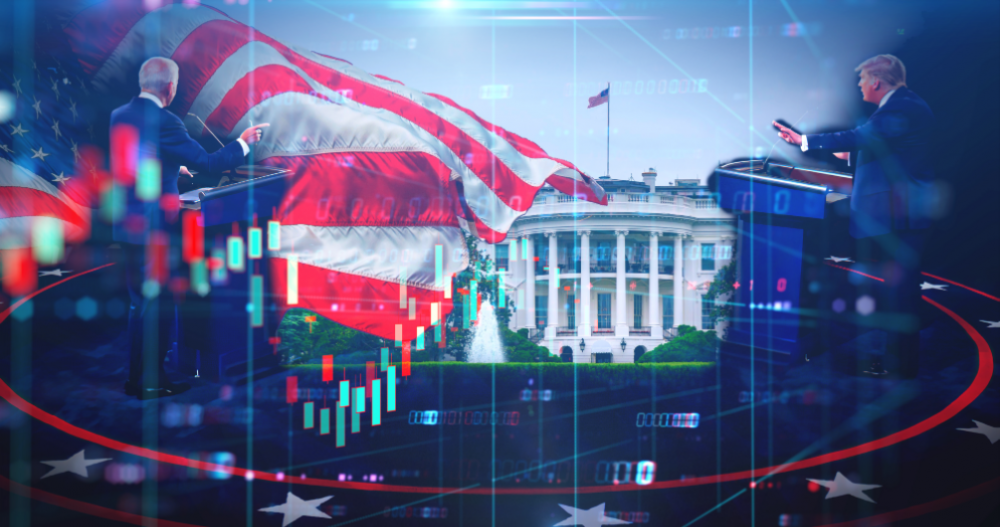 Oil prices might have overreacted last week, as strictly speaking, there were no additional variables deterring consumption. The main concern for oil market participants was the new wave of mobility restrictions imposed in several European countries. This week could be just as volatile, but for different reasons: in case the results of the U.S. election are atypically late and financial markets decide to focus on uncertainty and instability rather on waiting for the winner to be announced. 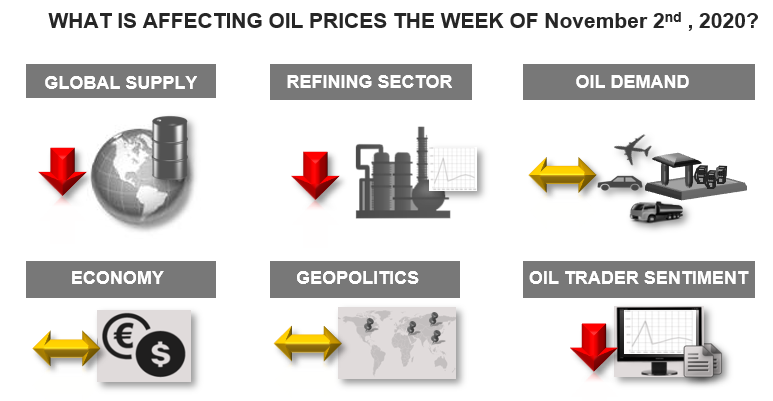 The most recent report by the U.S. Energy Information Administration provided evidence that U.S. crude supply increased by a whopping 1.2 million bbl/d vs. the prior week, which bring the absolute production number to 11.1 million bbl/d.

All this, paired with the marginal consumption impact of the recent European lockdowns, provide a pessimistic perspective for this variable.

The beginning of the week saw an important development unfolding, as Secretary Pompeo announced a new round of sanctions pertaining to Iran. This announcement, however, was overshadowed by coverage of the Presidential election, and did not have much impact on oil prices.

For the upcoming week, we expect this variable to have a neutral impact on oil prices.

Economic results released last week showed that the US economy grew substantially in the third quarter (33.1% versus second-quarter), but this growth was not enough to offset the losses from the second quarter, when the full impact of COVID was felt by the world’s largest economy. The rebound in growth, however, can be interpreted as positive news because it indicates that the economic stimulus package and partial re-openings across the U.S. have allowed many economic sectors to gain momentum, which underpinned demand for refined products.

For the upcoming week, we see this variable as neutral.

The most recent crude price adjustment has been related to economic and financial jitters on the back of the European COVID situation, and the potential effect in global demand.

For the upcoming week, we see oil demand as a neutral factor for oil prices. There is the risk, however, that the financial markets could have a more bearish view than warranted by the fundamentals.

For the upcoming week, we expect this variable to have a negative contribution to crude prices with reduced utilization rates in Europe.

Trading sentiment was particularly bearish last week, which saw one of the largest declines in open interest for refined products. Participation in the RBOB contract was down by -3% and for the ULSD contract -7%.

For the upcoming week, we expect this variable will be negative, in part, because of the uncertainty associated with the U.S. elections.