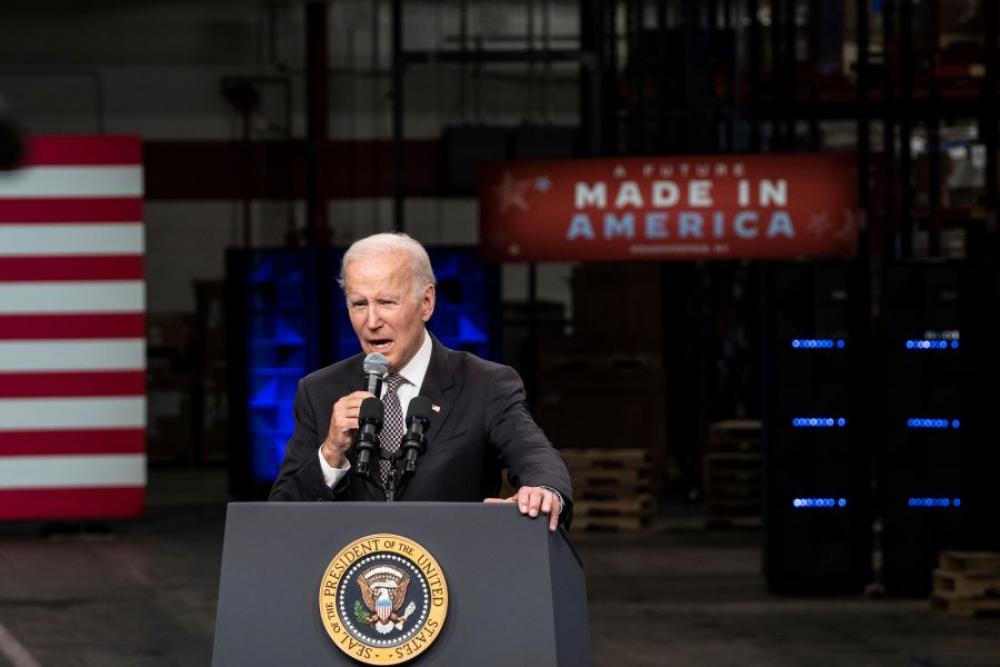 U.S. President Joe Biden announced a plan on Oct. 19 to sell 15 MMbbl of crude oil from the nation's emergency supply and begin refilling the reserve as he tries to dampen high gasoline prices ahead of midterm elections on Nov. 8.

The move came two weeks after the Saudi Arabia-led OPEC rankled Biden by siding with Russia and agreeing to a production cut, raising fears of a new spike in U.S. pump prices.

"With my announcement today, we're going to continue to stabilize markets and decrease the prices at a time when the actions of other countries have caused such volatility," Biden said at a White House event.

Biden blamed Russian President Vladimir Putin’s invasion of Ukraine for higher crude and gasoline prices, while noting prices had fallen 30% from their peak earlier this year.

He also repeated a plea to U.S. energy companies, gasoline retailers and refiners, asking them to stop using record-breaking profits to buy back stock, and to invest in production instead.

Prices “are not falling fast enough,” he said.

“Families are hurting,” and gasoline prices are squeezing their budgets, he added.

Biden's plan aims to add enough oil supply to the market to prevent price spikes that could hurt consumers and businesses, while also assuring the nation's drillers the government will swoop into the market as a buyer if prices plunge too low.

The president, facing criticism from Republicans who charge he is tapping the Strategic Petroleum Reserve (SPR) for political reasons and not because there is an emergency, also said he would refill the nation's stockpiles in the upcoming years.

Biden already announced the record release of 180 MMbbl from the SPR earlier this year to combat a potential supply crisis brought about by sanctions on oil-rich Russia following its February invasion of Ukraine.

The SPR, which is now at its lowest levels since 1984, is more than half full with more than 400 MMbbl of oil, Biden said, “more than enough for any emergency drawdown.”

He said his aim would be to replenish stocks when U.S. crude is around $70 a barrel, a level that would still allow companies to profit while still being a good deal for taxpayers. The U.S. benchmark was around $85 on Oct. 19.

Biden's efforts to use federal powers to balance the U.S. oil market underscores just how much the war in Ukraine, rampant inflation and OPEC's cut have upended the plans of a president who came into office vowing to undo the oil industry and move the country swiftly to a fossil-fuel free future.

“We need to responsibly increase American oil production without delaying or deferring our transition to clean energy,” Biden said on Oct. 19.

U.S. presidents have little control over petroleum prices, but the country's massive gasoline consumption - the highest in the world - means high prices at the pump can be political poison. Retail gasoline prices have fallen from a high in June but remain above historical averages and are a major contributor to inflation.

The administration's plan was to end the sale of the previously announced 180 MMbbl that started in May, in November. However, purchases by companies, including Marathon Petroleum Corp., Exxon Mobil Corp. and Valero Energy Corp., were slower than expected over the summer and some 15 MMbbl remain unsold.

Those will be put up for bidding for delivery in December, a senior administration official said. Extra oil could also be made available if needed, Biden said on Oct. 19.

Pushing energy companies to do more

"So my message to all companies is this: You're sitting on record profits, and we're giving you more certainty. So you can act now to increase oil production," he said.

Companies "should not be using your profits to buy back stock or for dividends. Not now, not while a war is raging," he said, asking them to bring down prices they charge at the pump.

In recent weeks, the oil industry has grown increasingly concerned the administration might take the drastic step of banning or limiting exports of gasoline or diesel to help build back sagging U.S. inventories. They have called on the administration to take the option off the table, a move officials are unwilling to do.

"We are keeping all tools on the table, anything that could potentially help ensure stable domestic supply," the official said.