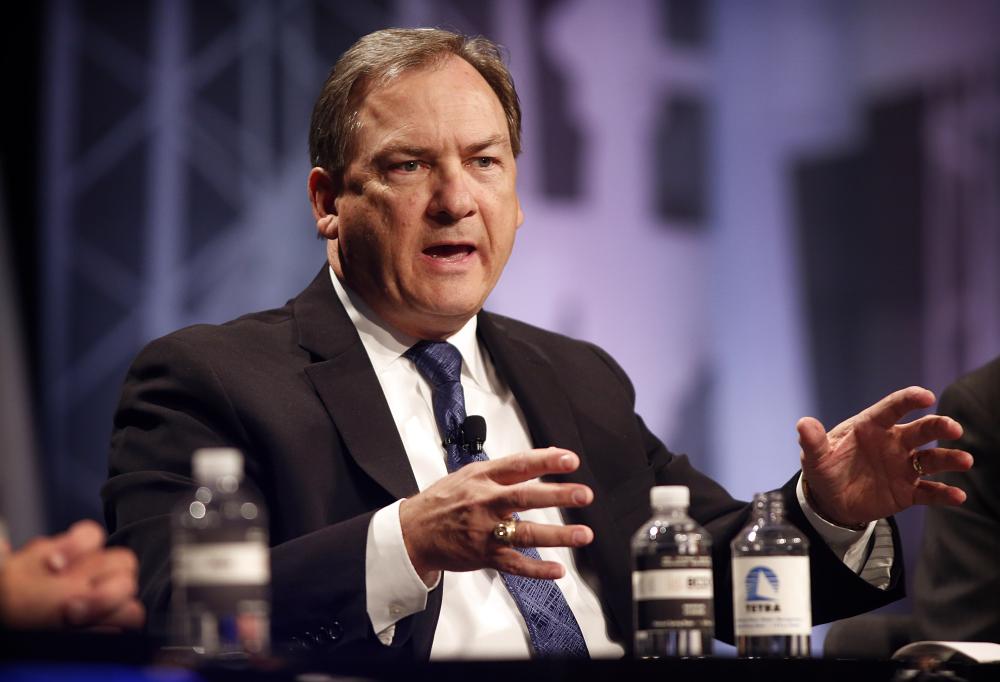 FORT WORTH, TEXAS – In the last decade, innovation has paved the way for faster rig-up times and increased production from horizontal assets in many U.S. shale plays. In the Permian Basin, however, horizontal drilling is still relatively new.

That is partly because the Permian has stacked pay potential, which means the shale formations in the basin are stacked on top of one another, making it possible for operators to drill several plays with just one vertical well.

“In late 2013 or early 2014, we [Schlumberger] crossed over from having more vertical to having more horizontal wells on rigs in the Permian Basin,” said Timothy Pope, the stimulation domain manager for Schlumberger Ltd. (NYSE: SLB) in the Permian. Pope was one of four panelists participating in a roundtable discussion on “Pads in the Permian,” held May 21 at Hart Energy’s DUG Permian conference.

“My experience with the clients I’ve been working with is that we tend to see more single-well operations right now,” he said. “The impetus to move to pad drilling definitely seems to be there; people are trying to figure that out right now.”

A number of those people “trying to figure it out” are operators that have migrated from the Eagle Ford. One such operator, Matador Resources Co. (NYSE: MTDR), has great expectations for future growth and wealth, according to Bradley Robinson, the company’s vice president of reservoir engineering and chief technology officer.

Robinson said Matador will use the experience it gained in the Eagle Ford play to move to batch drilling and pad drilling in the future—after it is done exploring the Permian for prime assets.

Batch drilling, or drilling on pads with five or more wells, is the goal for many prospectors seeking a piece of the Permian pie. But like Matador, these operators have to first find the sweet spots that will make pad drilling profitable.

“We’ve been primarily focused on single-well pads in the Delaware Basin,” said Matt Cooley, drilling operations manager for Anadarko Petroleum Corp. (NYSE: APC). “We are currently targeting Wolfcamp A and B and working on drilling two-well pads right now, but obviously we’d like to get to the four- to six-wells-per pad range.”

Michael Gerstner, GeoMarket sales director for Baker Hughes Inc. (NYSE: BHI) in the Permian Basin, said that as of May 21 there were about 290 horizontal wells producing in the Permian, out of a total rig count of 550. He said only 5% to 10% of Baker Hughes’ clients in the area are on pads, which “is still very low” compared to what he expects it will be in the future.

In that future, he said he hoped one of the takeaways would be, of all things, a lesson in fracking such a unique, complex reservoir.

“This is an oil play. This is not a gas play [like the Eagle Ford],” he said. “Conductivity means everything. One of the issues is with slickwater [fracking]. You’re taking basically a very low-viscosity fluid and then gravity takes over—sand falls down and buries it to where you can’t keep your velocity up. There are some very good papers out there that show the breakdown pressures on shales, and how crosslinked [gels] have been tested along with slick water. What it shows is that the lower-viscosity fluids will basically break up shales and make them more complex to fracture.”

That’s not very efficient, he said. Pope agreed with Gerstner’s statements, adding that conductivity “is not a game to us.”

“We have very large pay intervals, and if we don’t prop the entire interval as we draw the well down, we run the risk of losing that conductivity,” he said. “Right now we are just throwing things against the wall and seeing what sticks—slick water on a few wells and a hybrid [of slickwater and crosslinked gels] on a few wells. If we can actually perform some science and cut down on our material requirements, then we’re going to gain efficiency and reduce some of the strain on the supply chain.”