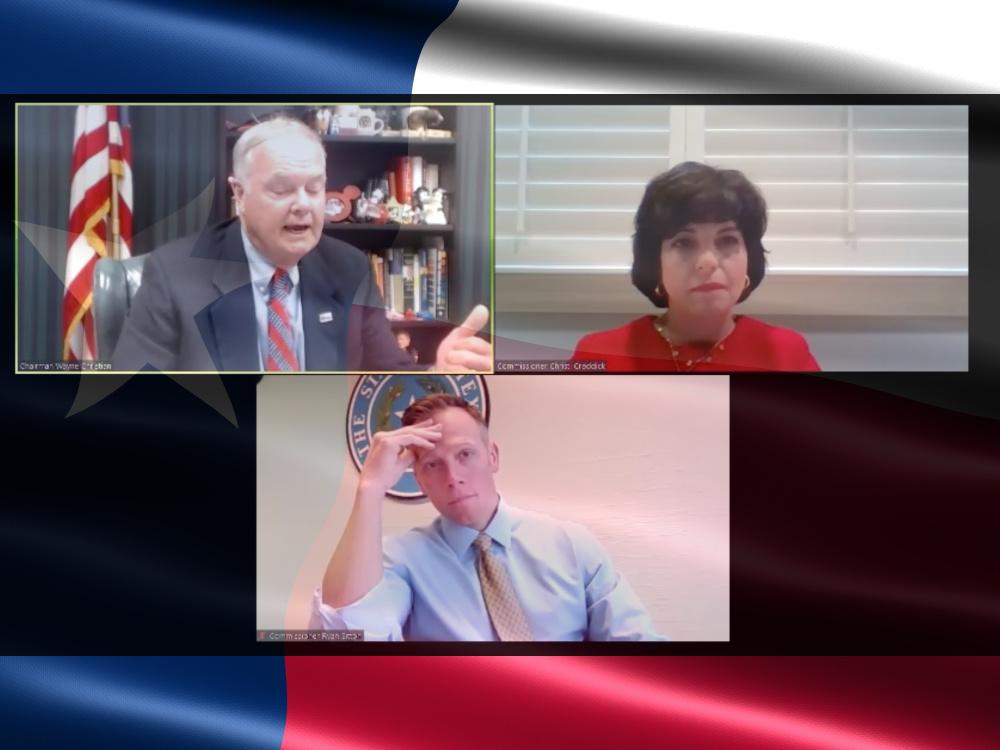 [Editor's note: This article has been updated.]

It’s official: A request by two Permian Basin pure-plays for the Texas Railroad Commission to force oil companies to collectively cut 20%, or 1 million barrels, of their production died May 5.

“I don’t believe proration is the magic bullet that will save the industry,” Chairman Wayne Christian said, noting a lot has changed since Texas last prorated oil in the 1950s. At the time, the Lone Star State controlled about 20% of the global oil supply compared to 5% today. “Given this, a government-mandated cut in oil production of 20% across the board will not have a significant impact on world supply,” he said.

Fearing proration could make the situation worse, Christian said he refuses to implement an “antiquated policy,” later adding “this problem is 90% demand.”

The proration move would have aimed to stabilize low oil prices, which plunged to historic lows as a global pandemic slows energy demand for abundant hydrocarbon resources. It would have also been the first time in decades for Texas to unleash proration regulation to prevent waste.

Market forces, however, have pushed producers to make cuts, shutting in wells and laying off thousands of employees, in an effort to salvage balance sheets. Opponents of the request, brought by Pioneer Natural Resources Co. and Parsley Energy Inc., have said market conditions have already led oil and gas companies to lower production at uneconomic well sites, negating the need for such a regulatory move.

“The industry and the market move a lot faster than we can as a regulatory body,” Commissioner Christi Craddick said.

Commissioner Ryan Sitton delivered the lone no vote, saying the commission did not consider waste as is required by statute.

“My big fear is that in two or three years as market demand comes back [lower] … is that most of that production loss will come out of the United States,” Sitton said. “Proration may not have been the answer. I would’ve liked to have a more analytical answer as opposed to philosophical.”

The vote to dismiss the complaint brought by Parsley and Pioneer came after a marathon 10-hour meeting in April when commissioners heard from people voicing opinions on the matter.

It also comes after the formation of a Blue Ribbon Task Force for Oil Economic Recovery, which presented recommendations that were unanimously approved by commissioners May 5.

The task force, formed at the request of Christian, is comprised of Texas energy trade associations that include the Texas Alliance of Energy Producers, Texas Oil & Gas Association (TXOGA) and Texas Independent Producers & Royalty Owners Association among others.

Providing regulatory relief in response to the COVID-19 pandemic, commissioners agreed to waive some fees and surcharges for the rest of the calendar year and allow crude oil storage in formations other than salt formations for a year. Formations must be confined to prevent the waste or uncontrolled escape of crude oil. These exceptions do not suspend other rules to protect public safety, health and the environment. Oil stored in non-salt formations must be removed within five years. Though a hearing is not required, the storage must be approved by RRC staff and protests will still be allowed. If there are protests and staff have concerns, a hearing would take place.

Craddick also proposed additional relief measures, which also passed. These exceptions, for a year, will:

“I think certainty while difficult in this market should be something the commission strives for,” she said.

Todd Staples, president of the TXOGA, said the group was pleased with the RRC’s decision.

“The market is a much better arbiter of production than artificial government mandates,” Staples said in a statement.

He added that TXOGA, a member of the task force, is “encouraged that the commission today adopted some of the recommendations and believe their action will be meaningful to maintain jobs for employees and survival for employers.”

The task force was also asked to return with suggestions on how the RRC can reduce flaring and whether the commission should adopt a new policy on flaring.

The regulator’s moves came weeks after WTI future prices sank deep into negative territory in April. U.S. oil futures were inching toward $25/bbl by midday May 5, though still not high enough to justify production costs for some producers—many of which have shut in production.

Analysts at Rystad Energy in late April said at least 300,000 bbl/d of U.S. oil production will be shut in during May and June with low oil prices likely to force more production offline. The outlook, which was up from about 100,000 bbl/d in projected cuts for April, was based on early communication from a handful U.S. oil producers, including Continental Resources Inc., Cimarex Energy Co., ConocoPhillips Co., PDC Energy, Parsley Energy Inc. and Enerplus Corp.

Since then, analysts have increased the number to about 610,000 bbl/d for May and 655,000 bbl/d for June based on its cumulative interpretation of official guidance so far released from 19 producers. “Actual production cuts are probably larger and are not only the result of shut-ins but also come from the natural decline from existing wells as new wells and drilling are reduced,” Rystad said May 7.