Enbridge Inc. is increasing apportionment on its Mainline pipeline system, which ships the bulk of Canadian crude exports to the U.S., as demand to transport barrels climbs due to rising production and colder weather.

Enbridge will apportion December deliveries on its heavy crude system by 11% and ration space on the light oil system by 13%. The rationing is the highest it has been since last winter and comes after a period of very low or zero apportionment in 2022.

Higher apportionment, or rationing of pipeline space, on the 3.1 million-bbl/d Mainline system could lead to crude getting backed up in Alberta and weigh on prices at the Hardisty storage hub, where benchmark Canadian heavy oil is already trading at a steep discount to U.S. grades.

“If this is the beginning of real additional tightness it’s going to really hurt,” said Rory Johnston, founder of the Commodity Context newsletter. “Having a transportation backlog on top of the quality discount would be a double whammy that the patch does not want to see right now.”

Apportionment typically picks up over the winter when production in Canada is usually at its highest, Johnston said. Canadian oil producers also have to add a higher proportion of diluent, an ultra-light oil, to viscous bitumen so it can flow through pipelines in cold weather, increasing volumes.

Signs of increased congestion on Canadian export pipelines come on top of a prolonged period of weak demand for Western Canada Select (WCS), the benchmark Canadian heavy grade, in the U.S. Midwest and Gulf Coast.

Still, apportionment on Canadian export pipelines remains well below historical levels, which until as recently as last summer hit over 50% of some parts of the system.

There was no apportionment at all on the Mainline from March to July this year, according to Enbridge data. In November and October apportionment was 2% on light and heavy oil pipelines. 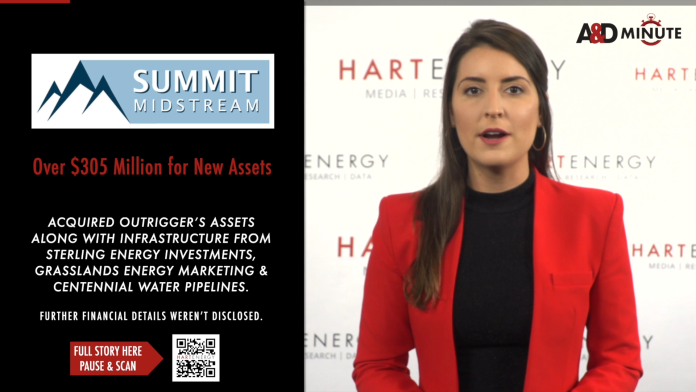 2022-12-07 - Also in this week's A&D Minute: Diamondback Energy's Firebird acquisition closed for much more than the original asking price, plus Summit Midstream Partners is expanding across the Denver-Julesburg Basin.