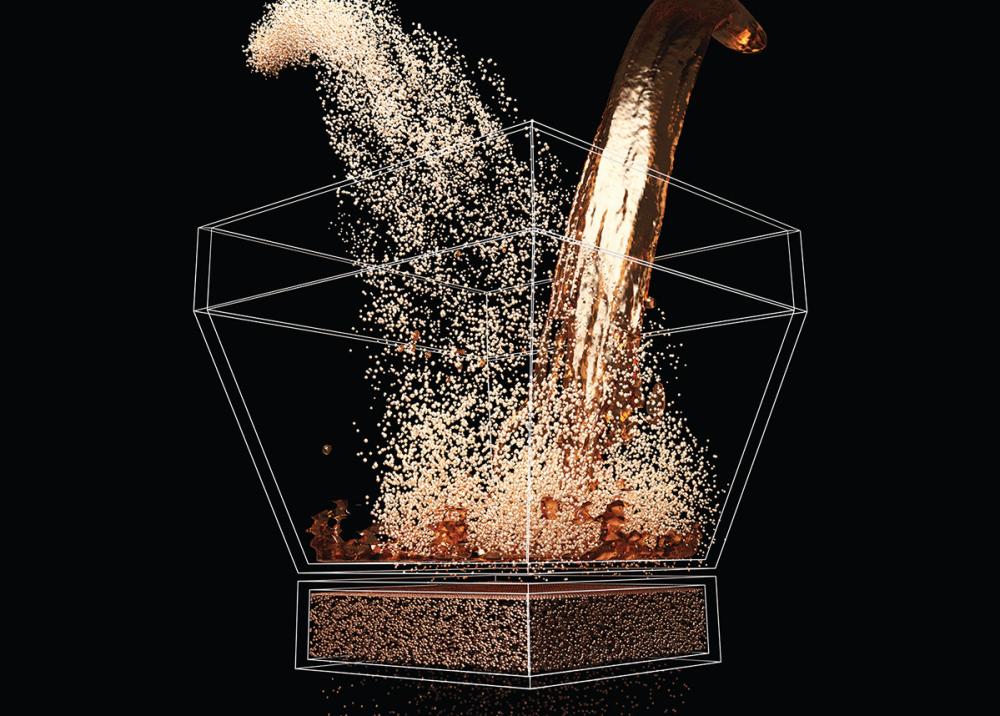 FIGURE 1. The PropShield additive is applied directly to the blender tub on location. (Source: Hexion)

When well production carries unbonded proppant out of the fracture, the resulting proppant flowback negatively impacts well economics. If proppant flows out of the fracture near the wellbore where the fluid velocity is the highest, fractures can pinch off near the perforations, leading to underperformance of the entire zone. Proppant flowback that makes it to the surface might result in equipment damage, resulting in costly repair or replacement. Separation and disposal of the proppant at the surface also creates added costs. Proppant deposition in the wellbore often leads to cleanouts, damage to downhole equipment or other remediation. The downtime spent dealing with these issues and the costs of remediation have a negative impact on the overall economics of the well and increase cost per barrel of oil equivalent.

With the evolution of completion designs leveraging longer lateral lengths and increased proppant intensity, proppant flowback control has become a critical challenge. Some operators and service companies have come to accept proppant flowback, remediation and downtime as a cost of doing business.

Hexion has developed the PropShield proppant flowback control additive. This liquid flowback control agent is applied directly to the blender tub on location and can be applied to any type of proppant regardless of mesh size (Figure 1 above). The PropShield additive also provides a logistical benefit because it arrives on location and is added to the fracturing fluid like any liquid additive.

The PropShield additive has an affinity for the substrate, meaning that it will coat the substrate in the blender tub and not the equipment. The proppant develops tackiness while being pumped downhole, and it can be recirculated in the event of a screenout. Once placed in the fracture, the coating results in a higher critical flow rate compared to uncoated fracturing sand. The critical flow rate for a proppant can be defined as the rate at which proppant breaks loose from the proppant pack and begins to flow back out of the fracture. Third-party critical flow-rate testing demonstrates that the PropShield additive-treated sand withstands flow rates that are eight times higher than uncoated fracturing sand (Figure 2). 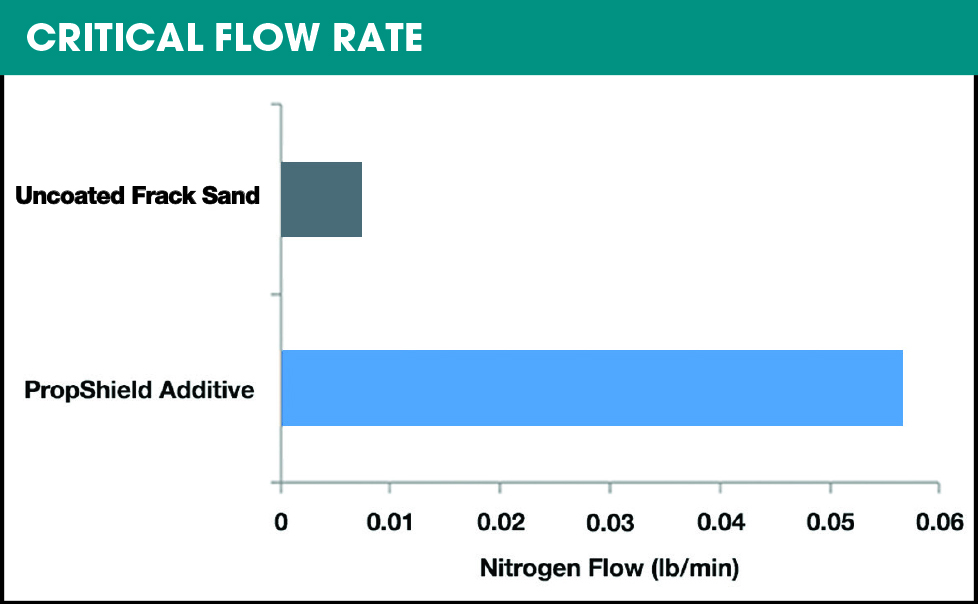 The PropShield additive also is designed to be effective over a wide range of temperatures. Substrate treated with the additive can help control proppant flowback at bottomhole static temperatures ranging from 90 F to 275 F (32 C to 135 C). 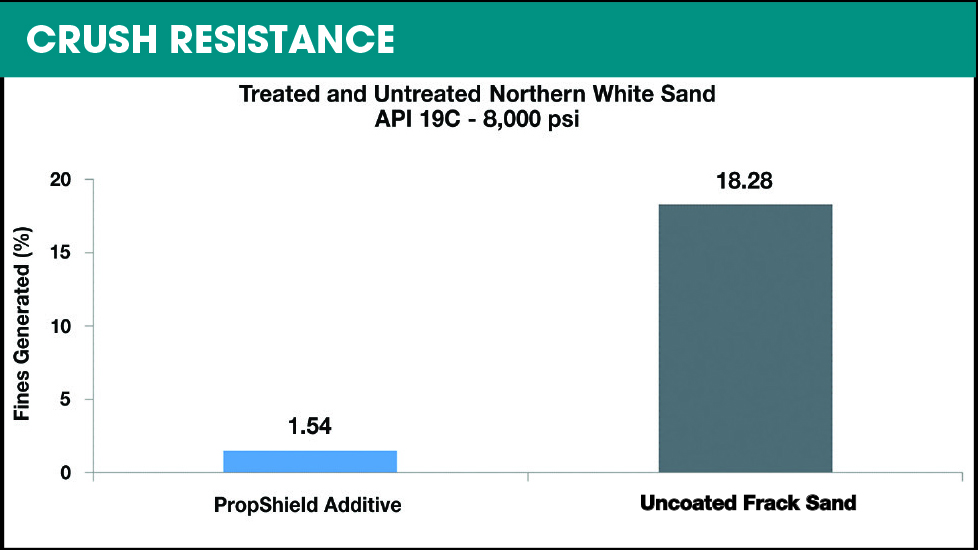 The PropShield additive continues to be used successfully in the Permian Basin to control proppant flowback. It also has been utilized in the Midcontinent region and Canada.

An operator in the Permian Basin recently trialed the PropShield additive and compared the trial well to a direct offset well on the same pad. The trial took place in the Wolfcamp Formation in Reeves County, Texas. Both the PropShield additive well and the offset were slickwater job designs with a 1,295-m (4,250-ft) lateral and true vertical depth of about 4,693 m (15,200 ft). 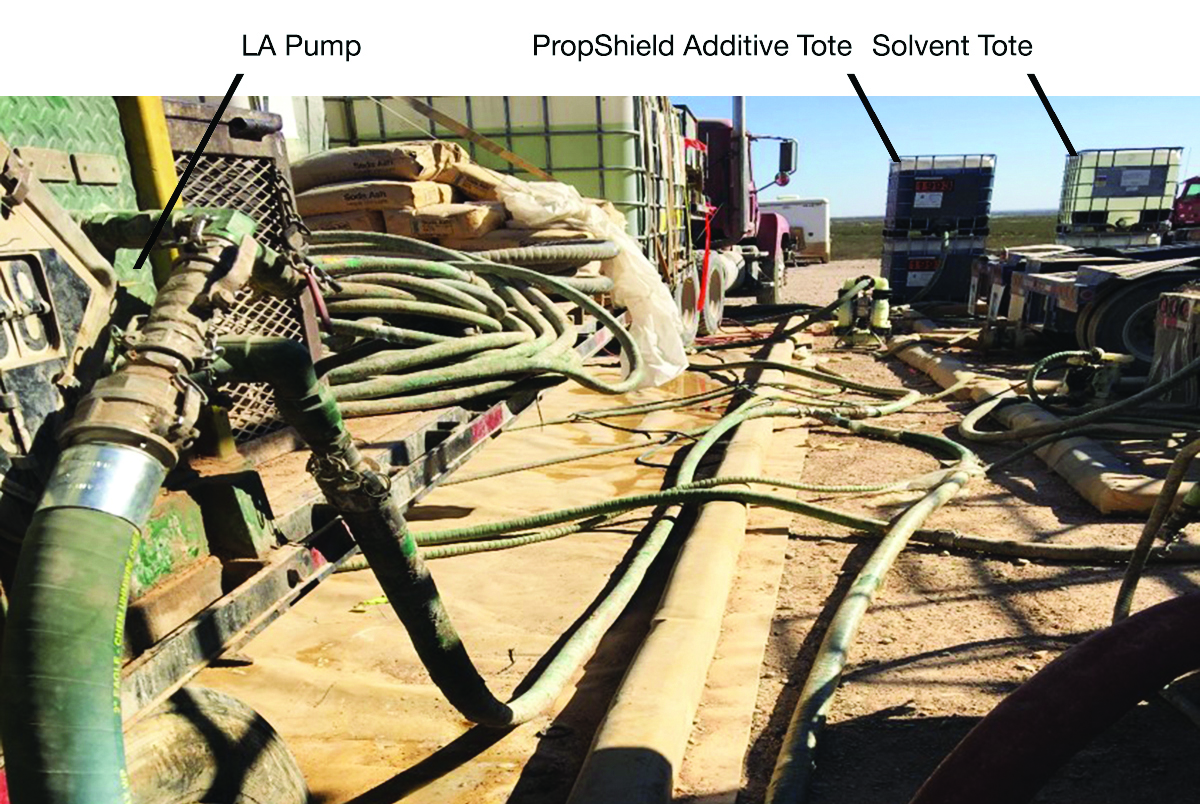 “We set up a two-well trial pad in the Permian Basin,” said a representative from Centennial Resource Development Inc.