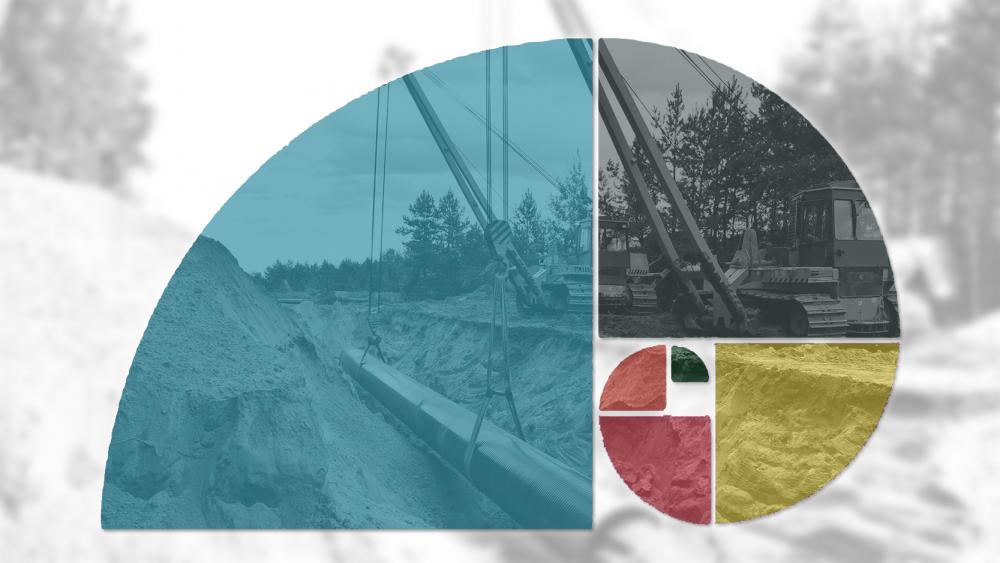 Part of the strategy to encourage continued natural gas usage during the energy transition is to partner gas with renewable sources of energy. To that point, the argument goes, the industry needs to continue building gas infrastructure so that it can complement wind and solar power in the generation of electricity, i.e., fill in the gaps when the wind doesn’t blow and the sun doesn’t shine.

But what about when it doesn’t rain? Wind and solar are not the only renewable sources of energy that can benefit from a partnership with natural gas. So can hydroelectric power. For an example, look to South America.

The U.S. Energy Information Administration reported in its Aug. 4 weekly update that Brazil has imported sharply higher volumes of LNG from the U.S. in 2021. The average over the past five years was 0.2 billion cubic feet per day (Bcf/d). However, in the first quarter, that average spiked to 0.9 Bcf/d, and it remained high at 0.7 Bcf/d in the second quarter. The LNG is purchased at spot market prices, not on contract.

Brazil’s higher demand stems from reduced output from hydropower plants as the worst drought in more than a century ravages the central and southern regions of the country. Brazil typically relies on hydropower for 65% of its power generation, with other renewables accounting for 20% and natural gas 10%. Natural gas exported from the U.S. has helped to power the country in a difficult time.

In the past month, numerous projects—including LNG facilities and gas pipelines—have taken steps forward. Others have stumbled. Here’s the update.

In the agreement, announced July 15, Tourmaline will supply 140,000 million British thermal units per day (MMBtu/d) to Corpus Christi Stage III, an expansion project of up to seven midscale trains to be located adjacent to the Corpus Christi LNG terminal. Cheniere will market the LNG, with payment to Tourmaline based on the LNG-linked price on the Platts Japan Korea Marker (JKM) with the exception of fixed shipping and liquefaction costs.

But the Corpus expansion is not the only LNG project moving forward. As July ended, Tellurian Inc. and a unit of Royal Dutch Shell agreed to a 10-year, 3 mtpa deal. With that, almost all of the 27.5 mtpa-capacity has been reserved at Tellurian’s proposed Driftwood LNG export facility on the Louisiana coast.

The LNG price in this deal will be indexed to gas prices at JKM and the Dutch Title Transfer Facility (TTF), the European benchmark.

It was the third 10-year deal Tellurian finalized in a span of 10 weeks. The other deals, with Vitol and Gunvor for about $12 billion each, were enough to allow Tellurian to begin preparing the Driftwood site for construction later in the summer. The company expects to begin construction in early 2022.

Sempra Energy’s Port Arthur LNG project has not gone as smoothly, however. In late July, Polish gas company PGNiG terminated its contract to import LNG from the proposed facility. PGNiG signaled that it still intends to purchase U.S. LNG. It also signed a memorandum of understanding with Sempra to import from other Sempra facilities.

The Polish company cited project delays for the cancellation. An FID for the Port Arthur project, expected in 2021, will likely be pushed back to 2022. PGNiG’s original contract called for the purchase of 2 mtpa of LNG beginning in 2023.

Pinnacle Midstream II LLC said July 22 it finalized development plans for the Dos Picos gas processing complex in the Midland Basin. The facility will boast a total capacity of 200 MMcf/d and be equipped with an integrated nitrogen rejection unit. It is expected to begin operations in second-quarter 2022.

Pinnacle is also considering development of a solar facility adjacent to the plant to supplement power needs with renewable energy.

The Whistler natural gas pipeline began service from the Permian Basin to Texas Gulf Coast markets on July 1, the consortium that owns the 2 Bcf/d pipeline said in early August.

Whistler extends about 450 miles from the Waha Header in the Permian to Agua Dulce, Texas, where it connects to South Texas and export markets. A 50-mile lateral connects it to the Midland Basin.

Members of the consortium include MPLX LP, WhiteWater Midstream and a joint venture between Stonepeak Infrastructure Partners and West Texas Gas Inc.

The oft-delayed Mountain Valley Pipeline will be one of the first interstate natural gas pipelines to acquire carbon offsets. The company announced the plan to buy $150 million of offsets in mid-July to make operational emissions carbon-neutral for the first 10 years of the pipeline’s service.

“We understand the sensitivities that surround the blending of large-scale infrastructure projects with environmental protection,” said Diana Charletta, president and COO of Equitrans Midstream, which serves as operator of the Mountain Valley Pipeline.

In addition to Equitrans, the Mountain Valley Pipeline is owned by units of NextEra Energy, Consolidated Edison Inc., AltaGas Ltd. and RGC Resources.

The 303-mile pipeline will move gas from the Marcellus and Utica shales to southern Virginia. Its startup has been pushed back to summer 2022.

The most recent delay was attributed to requests from environmental regulators in Virginia and West Virginia to the U.S. Army Corps of Engineers to extend the review period for evaluating the pipeline’s water quality certification applications.

A spokesperson for Energy Transfer LP responded that “there are no safety concerns regarding the ongoing operations of our active pipelines in this area, which have safely operated for years.”

The pipeline, Energy Transfer said, will be completed in the third quarter.

An open season for the Grand Mesa Pipeline, a crude carrier from Weld County, Colo., to Cushing, Okla., became necessary when some of the previous shippers on the pipe were forced to terminate contracts when they filed for bankruptcy.

The Federal Energy Regulatory Commission gave the go-ahead in early July to begin construction on the North Bakken Expansion project in northwestern North Dakota. The project involves construction of about 63 miles of 24-inch and 30 miles of 12-inch natural gas pipeline, along with a compressor station and additional associated infrastructure. Its estimated cost is $260 million.

When the project is complete, WBI Energy Inc., a subsidiary of MDU Resources Group Inc., will account for 2.4 Bcf/d of natural gas moved out of the Bakken at project’s completion, which is scheduled for the end of 2021. WBI already transports more than 50% of the gas produced in the Bakken.

Énergie Saguenay, an LNG export terminal proposed for the Port of Saguenay, has been shot down by the government of Quebec. The reason given by the province’s government for killing the project is that an LNG facility will not support the transition to cleaner energy sources.

Privately held GNL Quebec expressed disappointment but had no comment on what it would do in response. The $7.2 billion facility would have had capacity to export 11 mtpa of LNG from Western Canadian sources.

CFE, Mexico’s state power utility, struck a deal with Canadian pipeline giant TC Energy Corp. to build a natural gas pipeline in the southern part of the country. The 178-mile pipeline will start in Túxpan in the Mexican state of Veracruz and run by sea to link with the Mayakan pipeline in the states of Campeche and Tabasco.

“The agreement aims to solve a long-running problem of the lack of natural gas supply in the Mexican southeast and the Yucatan peninsula,” CFE said in a statement. 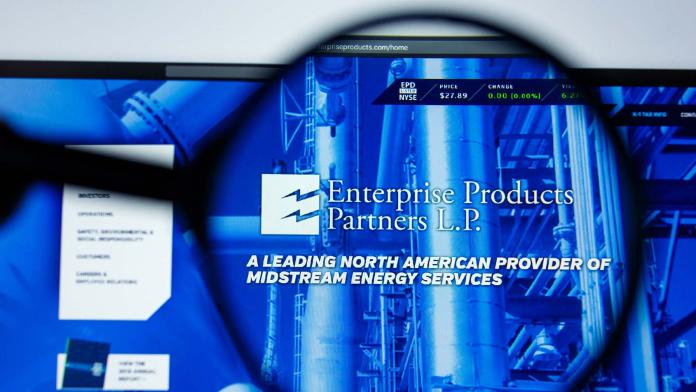 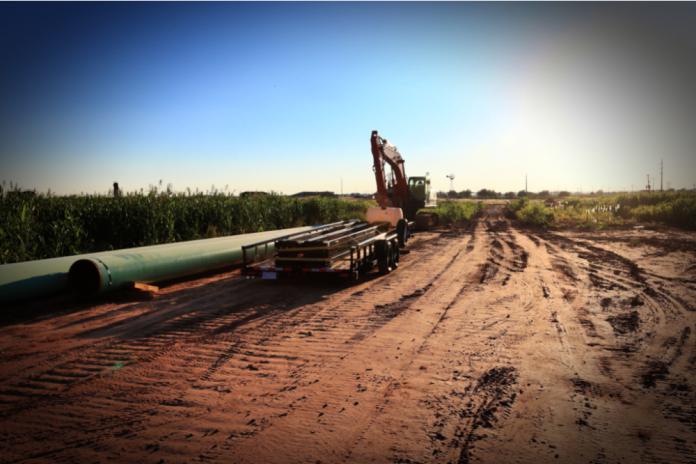 From the effects of Keystone XL and President Joe Biden’s executive orders to updates on Permian Basin infrastructure, here’s a roundup of midstream construction projects across North America for November 2020 to March 2021.