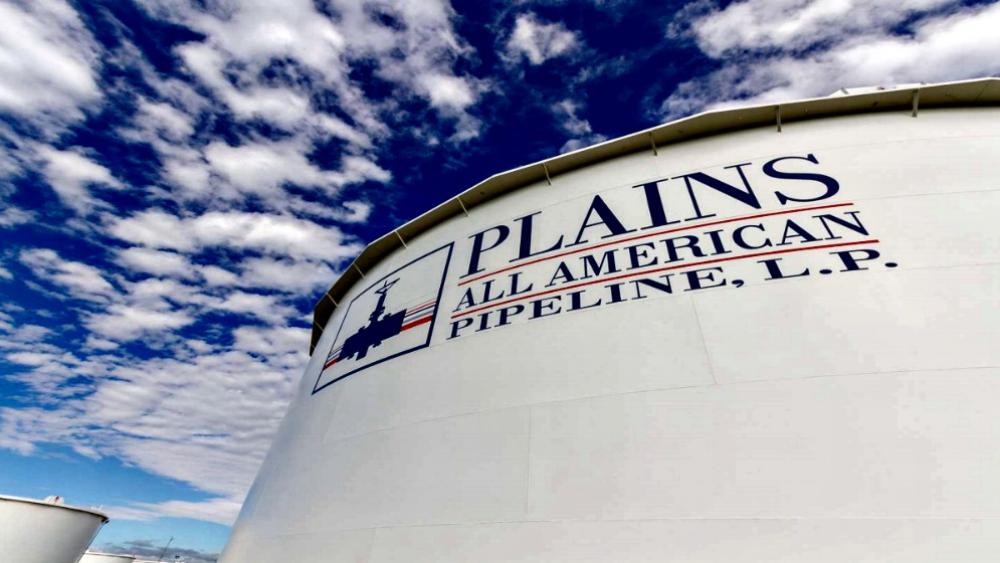 The Red River expansion is set to take place in the first half of 2020 and is expected to add roughly 85,000 barrels per day of takeaway capacity. (Source: Plains All American Pipeline LP)

Plains All American LP is taking a “capital-efficient” approach in its expansion of an Oklahoma crude oil pipeline system by forming a new joint venture (JV) with Delek US Holdings Inc.

The Houston-based midstream company said May 28 the Delek JV underpins the previously disclosed expansion of its existing Red River Pipeline system in Oklahoma. The expansion project is expected to add roughly 85,000 barrels per day (bbl/d) of crude takeaway from Cushing, Okla., and the Permian Basin to U.S. Gulf Coast markets.

As part of the JV, Delek Logistics Partners LP, Delek’s MLP, purchased a 33% ownership interest in a new Red River Pipeline Co. LLC JV from a Plains’ subsidiary for $128 million. The sale doesn’t include Valero Energy Corp.’s partial ownership of the northern segment of the system.

The Red River pipeline system extends from Cushing, Okla., to Longview, Texas. From Longview, analysts with Tudor, Pickering, Holt & Co. (TPH) said Red River can then feed crude into pipes supplying either Delek’s Tyler or El Dorado refineries    or third-party pipelines down to the Gulf Coast.

Plains will use proceeds from its JV with Delek to fund the Red River expansion with any excess capital to be directed to 2019 outspend, the TPH analysts said in a May 28 research note.

“Creative structure limits financing needs ahead of meaningful cash flow uplift in 2021, we continue to view [Plains All American] as a top midstream holding,” the TPH analysts said.

The Red River expansion is set to take place in the first half of 2020 and will require an additional $16.5 million contribution from Delek’s MLP.

The analysts with TPH said they don’t expect much of a refining EBITDA uplift from the Red River project since the two refineries from Delek are already on 100% West Texas Intermediate-linked barrels. However, the analysts noted the JV will increase crude optionality for the plants.

Delek owns 63% of Delek Logistics Partners. The companies are headquartered in Brentwood, Tenn.

As part of its transaction, Plains retained a 67% interest in the JV and will continue to operate the Red River system.

Jeremy Goebel, executive vice president of commercial at Plains, called the deal a “win-win” for the company.

“This transaction expands long-term alignment with a natural shipper, supports and funds the expansion of the system, increases Plains’ net committed annual cash flow, and provides proceeds to fund our capital program or lower debt,” Goebel said in a statement.