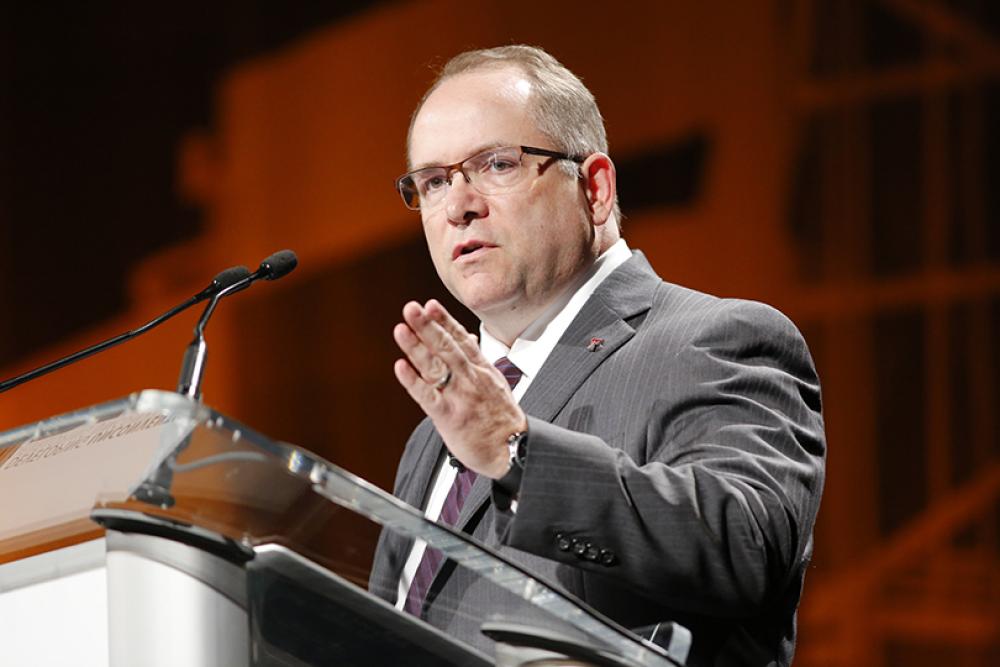 FORT WORTH, Texas—To win the Indianapolis 500, you’ve got to have the right car and right driver, a scary good pit crew and the right racing strategy. If you make an analogy with Pioneer Natural Resources’ (NYSE: PXD) place in the Permian Basin, the company has the pole position and is pulling ahead.

That was the analogy made by Joey Hall, executive vice president of Permian operations for Pioneer, at Hart Energy’s recent DUG Permian Basin conference. A combination of prime acreage and top execution fuels the company’s Permian race. Its scheduled 2016 Permian capex is $1.8 billion, some 90% of its total budget, although Hall also acknowledged the downturn.

“We are driving under the caution rules right now. The yellow flag is out, but things will change,” he said, adding that due to volatility we may not see a sustained or even recovery. The company is running 12 rigs now and might add more this year as long as oil stays at or above $50 per barrel (bbl.)

“Running 12 rigs, or 20, is radically different than running one or two,” he continued, “but we are prepared for the race in the long term.”

Preparation meets opportunity with PXD’s assets dominating the basin. “We definitely sit on the right Tier 1 acreage in the Midland Basin’s sweet spot. We’ve been very successful swapping out acreage with our neighbors to get enough contiguous acreage that we can drill,” Hall said, adding that these acreage trades have had a significant impact, allowing the company to drill 10,000-ft laterals. “It’s been incredibly important.”

Returning to the racing example, Hall said the driver is the development plan and the pit crew is proper execution of that plan, which for Pioneer means an integrated strategy: it owns eight frack crews, its own well servicing rigs and a sand mine for proppant.

Pioneer predicts 12% production growth this year. Its first-quarter output was 222 Mboe/d, with the majority, or 200 Mbbl/d, coming from its Wolfcamp and Spraberry plays in the Permian.

Returns will be driven by costs that are lower, recovering oil prices, better EURs per well and lower lease operating expense (LOE), he said. Well spacing and frack stage spacing are crucial elements where Pioneer seeks perfection, he said.

“We don’t stack wells, we stagger them. We’re trying to space these wells and fracks perfectly, but sometimes we get the stages too close, too far, too big, too small, too late or too bad. We think we’ve demonstrated that the completion scheme and well spacing go hand in hand to change positive results.”

Hall said Pioneer spends 35.8 cents to get a dollar of value out of the reservoir. The formula changes as spacing and well costs change.

Execution is vital on every facet of development, Hall said. “Today a pit crew can change four tires in 13 seconds—back in the 1970s it took a minute. So it is with Pioneer always striving to improve, especially since not all reservoirs are the same.

The company is also in good shape financially. Its oil volumes are hedged 85% this year and 50% in 2017, and it is fully funded for the plan with no need to go to Wall Street for additional capital, he said. Out of 25-plus peer E&Ps, it boasts the lowest net 2016 debt to 2016 net EBITDA.

Safety during operations has been a big focus as well. Since 2012 the company has reduced lost-time incidents 77%.

“Pay attention to your field architecture or you’ll get yourself into a pickle” with tight execution of field development, marketing, gas processing, water use and sustainability, he advised.

To that end, Hall said Pioneer is ready for the EPA’s new emissions rules for wells and production facilities, and even participated in the rulemaking process. “We’ve been preparing for this from the beginning.”

Leslie Haines can be reached at lhaines@hartenergy.com.​ 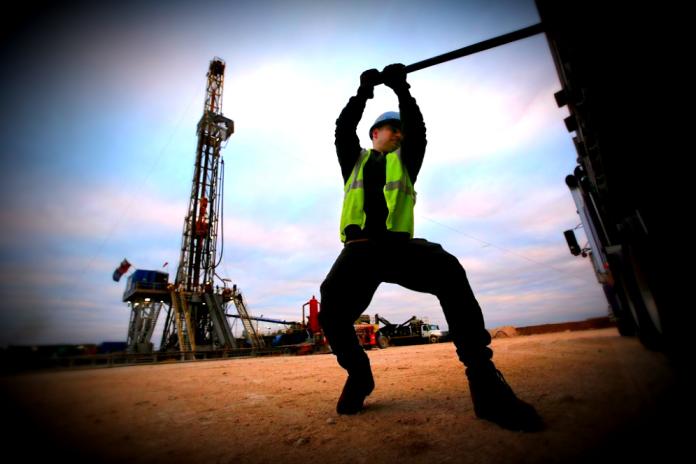 Pioneer Natural Resources recently divested a small slice of its acreage position in the Midland Basin, which CEO Scott Sheffield said will be the lone survivor of the U.S. shale boom.

DoublePoint Energy will add 97,000 acres to Pioneer’s holdings in the Permian Basin and analysts at Cowen & Co. praised the deal, saying it “undoubtedly fits like a glove within PXD’s Midland Basin acreage.”