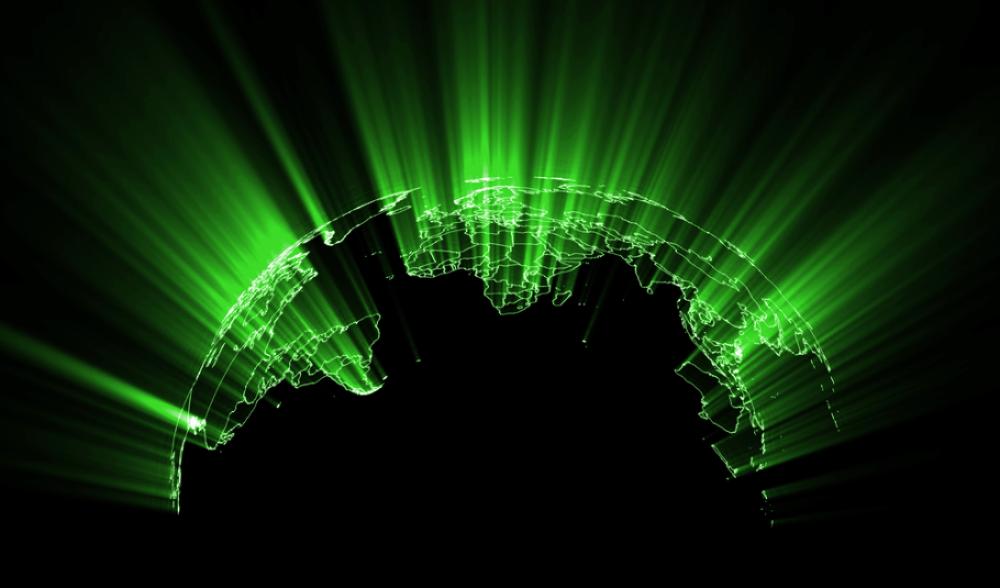 Fast-forward to 2050 and the oil and gas share of the world’s energy mix has dropped to 44% from today’s 53% as solar photovoltaic (PV), wind power and other renewable energy sources make up roughly half of the supply.

The number of electric vehicles on roads has skyrocketed from less than 10% to about 90%.

This comes as energy efficiency continues to improve with energy demand having plateaued 20 years earlier. Emissions of energy-related carbon dioxide have been sliced in half, yet the world fails in its goal to lower the Earth’s temperature. The planet’s temperature warms by 2.5 degrees C.

These findings are considered “a most likely future” by DNV GL in its recently released Energy Transition Outlook. The independent quality assurance and risk management company tapped its expertise in the oil and gas industries, maritime, renewables and other parts of the energy value chain for the report.

“We forecast that by mid-century, primary energy supply will be split roughly equally between fossil and renewable sources. That presupposes a very substantial growth path for renewable energy, but not enough, we calculate, to bring humanity on track to reduce climate emissions in line with the climate goal agreed in Paris in 2015,” DNV GL CEO Remi Eriksen said in the report. “That should be a wake-up call to all stakeholders in the energy system. The industry that we know and serve has taken bold steps in the past; even bigger strides are required into the future.”

The outlook’s approach, as DNV GL explained, is centered on energy costs—assuming that prices will follow costs. The approach does not incorporate political instability and disruptive actions, nor does it take into account so-called breakthrough technologies such as nuclear fusion or synthetic fuels, although they are discussed in the report.

The outlook is based on an independently-designed model that evaluates the entire energy system, DNV GL said.

The outlook forecasts energy demand to plateau at 430 exajoules (EJ) around 2030, which is up from about 400 EJ in 2015. DNV GL attributed the slowdown to a range of factors, including “decelerating population and productivity growth, to faster improvements in energy efficiency, and to electrification, e.g., in heating and transport.”

Elisabeth Tørstad, CEO of DNV GL’s oil and gas division, pointed out that “There won’t be a ‘silver bullet’ for sustainable energy production.

“Instead the world will benefit from a portfolio of technically sophisticated and cost-effective energy,” Tørstad added. “The oil and gas industry will continue to play an important role in this portfolio and hydrocarbons will account for 44% of the total energy mix in 2050. Key areas of demand for fossil fuels will be within heavy transportation, air and shipping.”

Oil production from unconventional onshore plays is expected to double to about 22 MMbbl/d by 2035, accounting for about 30% of the global oil production.

“The rate at which new capacity is added annually to global conventional gas production is set to rebound nearly 15% from nearly 63 billion cubic meters per year [Bcm/year] in 2017 to 72 [Bcm/year] in 2022, according to our model.” 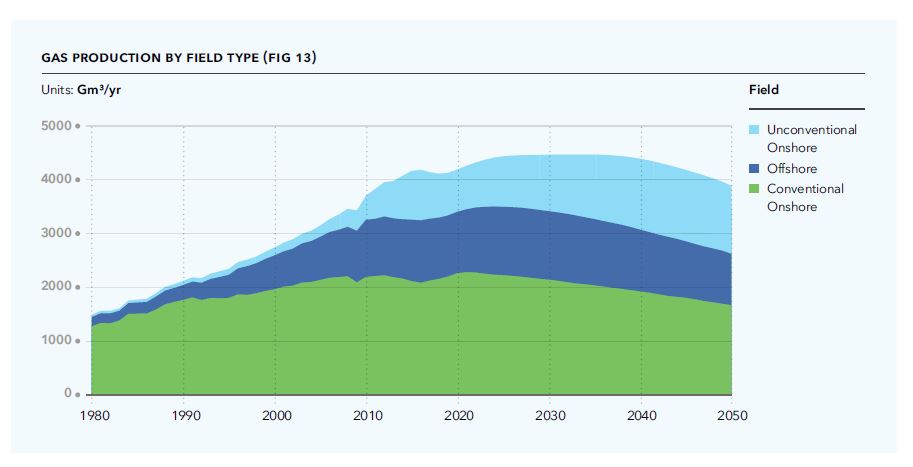 Just as today, technology is expected to play an important role when it comes to costs.

“Technologies such as subsea processing and unmanned tiebacks will improve the economics of oil and gas production from deepwater and/or harsh environment offshore fields,” DNV GL said. “Adopting industrywide standards can reduce scope inflation, which contributed to compound annual growth of more than 10% in [capex] per barrel of oil between 1999 and 2013.”

Also expected to take a leading role in maintaining lower production costs are greater uses of digitalization and automation.

On the midstream side, given the anticipated higher gas demand, gas transmission system operators are expected to tap into technologies such as artificial intelligence, augmented reality, the industrial Internet of Things and machine learning. “This will assist them to maintain, repair and operate networks safely and cost-efficiently, and provide customers, regulators and partners with tailored analyses of large volumes of data.”

Getting to a cleaner, electrified world by 2050 will require global and industrywide collaboration, according to the outlook.

“In my view, we need to stimulate the adoption of renewable energy by enabling much faster growth of solar, wind, and in particular offshore wind,” Ditlev Engel, CEO of DNV GL’s energy division, said in the outlook. “We must leverage the cost and efficiency benefits of digitalization, and develop cyber-secure grids with the necessary flexibility, balancing and storage solutions to enable the rapid growth of renewables.”

At 85%, renewables are expected to dominate electricity production by 2050. Solar PV is forecast to lead the way, followed by onshore wind, hydropower and offshore wind. This may be music to the ears of companies that are ramping up renewable energy efforts. These include Royal Dutch Shell, Saudi Aramco and Statoil. 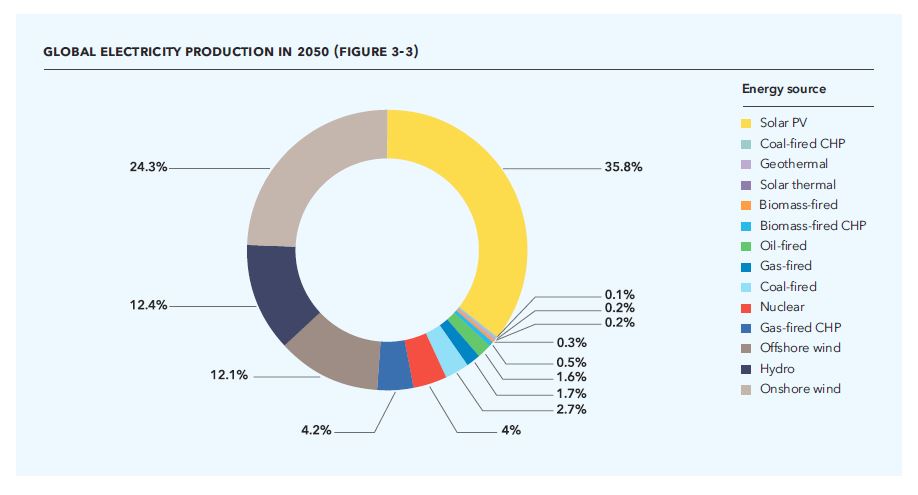 2022-09-30 - The EPA this month revoked the pollution control permit for Phillips 66’s Bluewater terminal and directed the oil refiner and pipeline operator to submit a revised proposal.

2022-09-28 - "We have temporarily put limitations in place for customers in accordance with the terms of our supply contracts. We have a supply response team in place to supply product from unaffected sources," an Exxon Mobil spokesperson said in response to the recent wage strikes in France.

2022-09-21 - Beginning on the evening of Sept. 20, French unions CGT and Force Ouvriere called for a strike on Exxon Mobil's French oil refinery and petrochemical site.