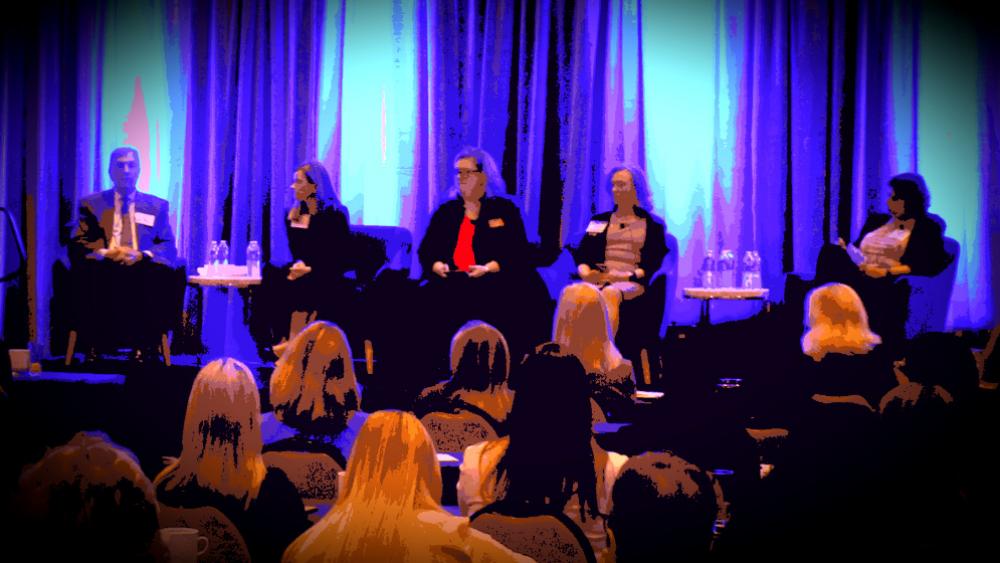 HOUSTON—Unconscious bias, limited talent pools and noncommittal top-level executives could derail the quest toward more diversity in the oil and gas industry, but companies have taken steps to overcome these challenges as they recruit qualified candidates or grow their own.

These were views shared by panelists speaking during a forum proceeding Hart Energy’s 25 Influential Women In Energy’s Luncheon on March 4. The conversation took place as the industry faces the task of recruiting talent as some workers retire and attracting people to an industry perceived by some as unappealing for a variety of reasons.

Diversity in the workforce is being championed as a way to not only help bring in more qualified workers but also bring diverse perspectives and voices to the industry.

David Preng, founder and president of Preng and Associates, explained that diversity is described as skillsets. Someone who thinks differently is often what is needed in boardrooms, according to Preng, who helped bring first diversity candidates to Cimarex Energy Co. and Whiting Petroleum Corp. He also assisted Toby Rice, now CEO of EQT Corp., in locating three diversity candidates, a move that helped him take control of the company less than two years after selling Rice Energy Inc. to EQT.

“It’s really about how you present your views and the different thoughts you bring to the table,” Raman said. “And the business case is very simple: We want various thoughts and various perspectives and skillsets. Talent comes in all shapes and sizes and forms, and if we limit ourselves to a particular talent pool, we’re missing out on what the world has to offer.”

Since Schlumberger embarked on the journey in the 1960s and ‘70s to diversify the nationality of its workforce, the company has made great strides—evident by the breadth of people of different nationalities in leadership roles. But she admits the gender diversity journey, formalized in the late ‘90s, has been a “much tougher journey” though the company hit a target to increase the percentage of women it recruits to between 40% and 50% for field engineers.

Others are tackling the issue, too.

She recalled when Halliburton had been working to hire more women in North America, for example, and questioned why managers weren’t successful.

“What we realized was it was our candidate pools,” she said. “That’s actually something we changed. … It wasn’t the hiring managers. It was actually our recruiting team. We needed to change our philosophy.” Now, the company tells its managers to insist on getting a diverse candidate pool from recruiters.

Schlumberger faced this, too, in Brazil where Raman recalled sending recruiters back out to find qualified women candidates to add to the pool of men qualifying for jobs.

“Sometimes you do need to set those targets with some practical deliverance, perhaps bold action while not compromising standards,” she said.

Such instances were eye-openers. Another eye-opener came during unconscious bias training exercises at Halliburton.

She noted that everyone has biases, but “it’s more about recognizing them and what you’re going to do about it.”

Panelists agreed that finding out what limits the talent pool and working to fix that should also be among the efforts.

“A lot of times this passion is ignited for science when you’re 10, 11, 12 years old. So first and foremost, we need to stop always looking at the eight energy colleges,” said Nancy House, past president of the Society of Exploration Geophysicists. She suggested expanding the talent pool by looking for potential employees in more women’s colleges and black colleges. “Start expanding our search radius and start going deeper into early childhood and really start to figure out ways to make energy and science attractive to those people.”

Once candidates are hired, panelists said, what’s needed to advance must be made clear to everyone.

“You’ve got to start describing what it takes to get into each successive step, so there is a transparency,” House added.

Along with removing barriers, lower standards must not be accepted, House said.

“When you come into a job, you’re coming in because you’re a high performer and you will deliver. That delivery has to be underneath everything,” House said. “There is a terrible perception that the standards are being lowered and accommodations are being made and that needs to not be there.”

It helps to have the support of colleagues, measurable accomplishments and self-marketing, according to Myra Dria, president of Pearl Resources, and Diana Hoff, senior vice president of operations for Antero Resources Corp.

Speaking on a separate panel, Dria agreed that having a sponsor with credibility to help others recognize abilities is a plus.

For those in fields like drilling where results are more measurable, accomplishments can speak for themselves, according to Hoff. Establishing relationships with those who know your worth, however, is also crucial and so is having an elevator pitch. “You need to know what … you want management to know about you. When you get those opportunities, you got to drive that point home,” she said.

Panelists seemed to agree that commitment from top management such as CEOs and boards are crucial to making workplaces more diverse.

“The commitment has to be at the top,” Raman said. “But as well, I think all of us and all of the leaders—men and women—that are in our industry need to walk the talk in terms of allowing for opportunities, allowing for progress and allowing for really diverse viewpoints.”