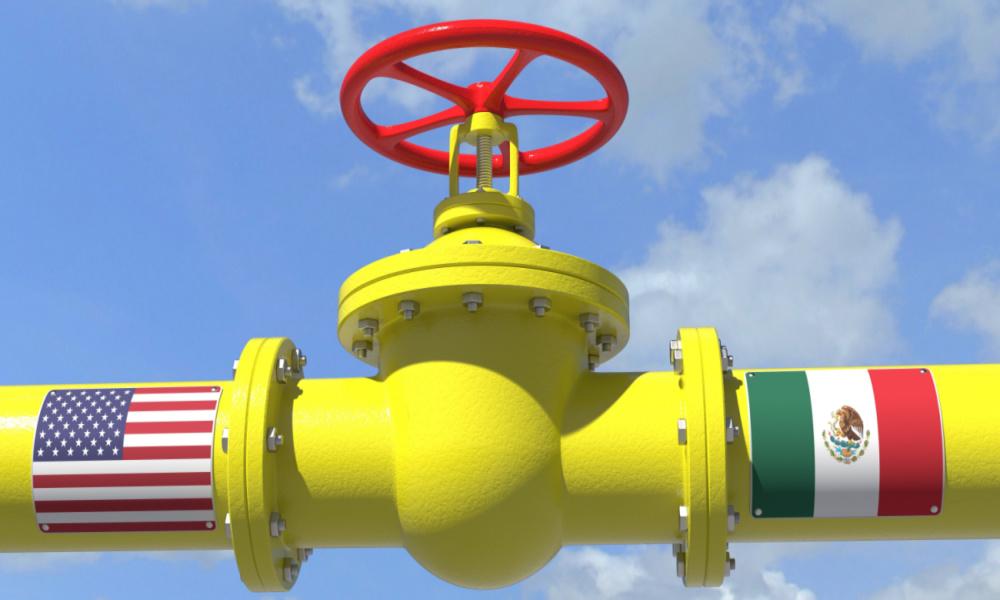 Mexico’s piped gas imports from the U.S. in April reached 5.86 Bcf/d, up 7% sequentially compared to March but down 4% compared to the same year-ago month, according to EIA data. (Source: Shutterstock.com)

Mexico’s demand for piped natural gas imports from the U.S. remains robust amid insufficient domestic supply and strong demand from power plants and as the country shies away from the higher-priced LNG cargoes.

The lack of domestic gas supply in Mexico is in part due to the nationalistic policies of President Andres Manuel Lopez Obrador, which have deferred investments to projects such as the Dos Bocas refinery in Mexico and the Deer Park refinery in Texas, and away from domestic upstream projects with potential to boost gas supply.

Mexico’s piped gas imports from the U.S. in April reached 5.86 Bcf/d, up 7% sequentially compared to March but down 4% compared to the same year-ago month, according to Energy Information Administration (EIA) data. In the study period spanning 2019-2022 (April of this year), Mexico’s demand for imports of U.S. piped gas peaked at 6.61 Bcf/d in June 2021 while they reached a low of 4.62 Bcf/d in April 2020 amid the onset of the COVID-19 pandemic.

Average U.S. piped gas imports between January-April averaged 5.62 Bcf/d, and are up 4% compared to December 2021. However, the volumes are flat with the same four-month period in 2021 but up compared to similar timeframes in 2020 and in 2019 pre-pandemic.

Looking forward to the next four years (2022–2025), “Mexico will continue to expand both natural gas-fired and renewable electric generation capacity,” the EIA wrote last week, referring to forecasts from Mexico’s Energy Secretariat or Sener.

The comments from the two U.S. executives came after the Office of the United States Trade Representative said it would request formal consultations with Mexico under the United States-Mexico-Canada Agreement (USMCA) related to Lopez Obrador’s energy sector policies.

Mexico also turns to LNG imports to assist cover its scarcity of gas supply in the domestic market. However, the country’s reliance on LNG has been on a downward trend during the shorter study period of 2019-2022 (March this year) owing primarily to rising LNG prices and an increasing preference for U.S. piped gas amid an abundance of supply in the North American country.

Mexico’s imports of LNG reached 14 MMcf/d in March, their lowest point over the study period, down 33% sequentially compared to February and down 75% compared to the same year ago month, according to Sener data. In February 2021, Mexico imported a record 276 MMcf/d before starting a generalized downward import trend.

LNG prices this year have soared above prices for diesel, LPG and fuel oil and hampered the attractiveness of the energy source in Mexico. For instance, the LNG reference prices in April in Altamira and Manzanillo in Mexico were $28.46/MMBtu and $29.19/MMBtu compared to $31.62/MMBtu in Spain and $31.93/MMBtu in Turkey, according to Sener data. In comparison, the price in April in Cove Point in the U.S. was $6.55/MMBtu.