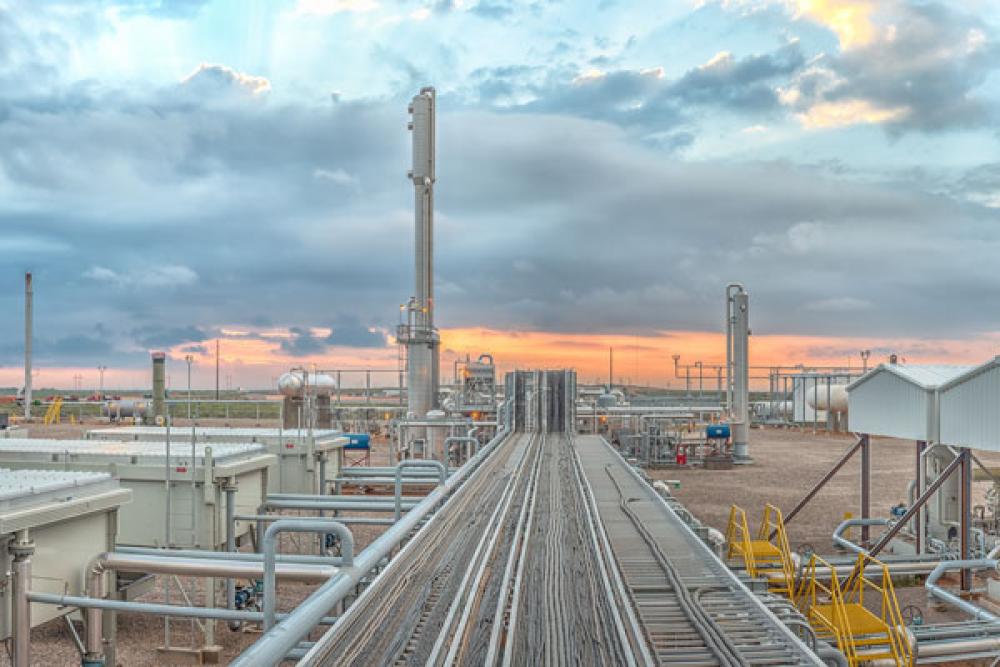 Matador Resources began its initial midstream build-out in the Delaware Basin in 2015-2016 and has since expanded its midstream footprint through the San Mateo I and San Mateo II joint venture partnerships. (Source: San Mateo Co.)

“This acquisition is a further extension of our strategy to control our midstream operations and to use our midstream assets to further enhance and assist our operations,” commented Joseph Wm. Foran, Matador’s founder, chairman and CEO, in a company release.

On June 9, Matador said it had entered into an agreement with a subsidiary of Summit to acquire Summit’s Lane Gathering and Processing System. In connection with the transaction, the company will also assume certain takeaway capacity on the Double E Pipeline, a FERC-regulated natural gas pipeline operated by Summit.

San Mateo serves as the primary midstream solution for its anchor customer, Matador, and provides midstream services to other E&P operators in the Delaware Basin.

“We are also pleased to acquire additional takeaway capacity from the Delaware Basin to ensure our and our third-party customers’ natural gas is transported to market,” Foran continued in the June 9 release. “We thank both the Summit and Matador teams for their diligence in negotiating this transaction and look forward to closing later this month.”