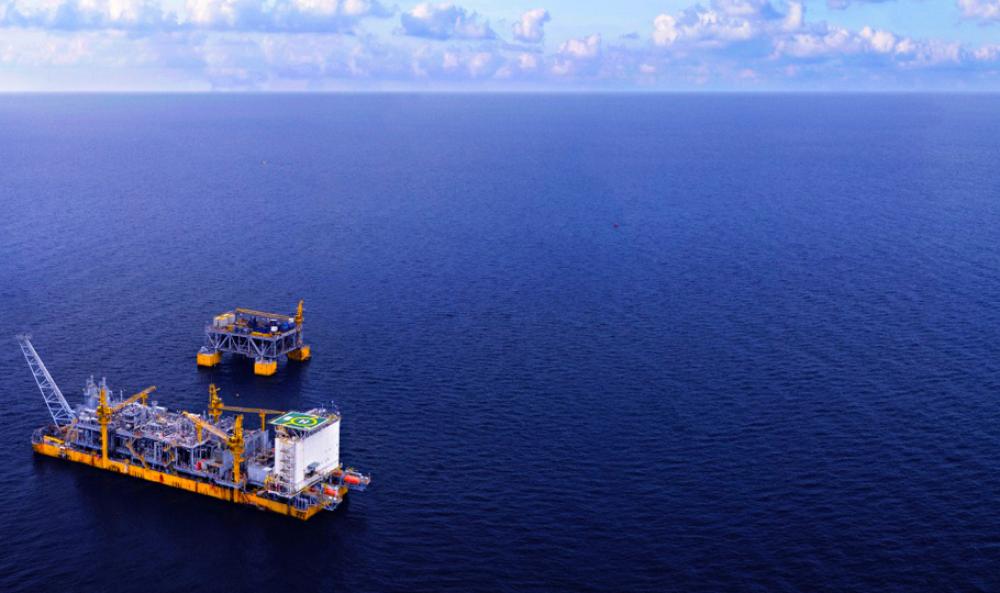 The Chevron-operated Bangka Field offshore Indonesia came onstream at the end of August, flowing via subsea wells to the West Seno floating production unit, which is supported by a tension-leg platform for the gas production. (Source: Chevron)

Southeast Asia’s E&P business has been on something of a roller coaster ride over the past year or two. The region’s ups and downs have seen its established producing basins struggle to attract explorers, while paradoxically several world-class projects have or are successfully coming to fruition that will place it firmly in the spotlight.

Indonesia, Australia and Malaysia all have major field developments involving multiple billions of dollars that were sanctioned in better times that have or are due to start producing, such as Bangka (Indonesia), Kanowit (Malaysia) and Prelude (Australia). But all are facing a dramatic drop-off in terms of new exploration and field project activity as this crop of developments comes online with little else set to follow.

Indonesia is a microcosm for the region as a whole. Its recent history is marked by falling oil production but rising gas output, while the country’s exploration sector has been a disappointment for the past decade.

The resulting dearth of potentially significant development projects failing to come over the horizon has the government scrabbling to try to generate some activity. Much the same can be said for many of the region’s established producers.

Indonesia’s underlying drivers are good—the country’s economy is growing, and domestic energy demand is rising—but it is relying on the development of smaller and more challenging fields to meet its near-term requirements, which is something that will not suffice in the longer term.

There are encouraging early signs emerging, with the country forging ahead with plans to raise its exploration and development activity levels, including approaching both domestic and regional players to help meet its targets. Indonesia’s Coordinating Minister for Maritime Affairs Luhut Binsar Panjaitan, who also is acting minister for energy and mineral resources, recently invited neighboring Malaysia’s state-owned giant Petronas to join with it in an exploration campaign covering 10 new blocks alongside its Indonesian counterpart Pertamina.

The invitation was extended during a meeting with Malaysian Deputy Prime Minister Ahmad Zahid Hamidi in Malaysia, with Zahid stating that Pertamina would be offering seven oil and gas blocks in the Exclusive Economic Zone and three in Natuna Islands through an open tender. The deputy prime minister added that the invitation would “open new cooperation opportunities between the two state players,” something that will make other operators and the contracting community sit up and take notice.

Other evidence of momentum associated with Pertamina’s goals was the company’s stated intent to sign a production- sharing contract (PSC) to develop the giant East Natuna Block with Exxon Mobil and fellow regional stateowned player PTT Exploration and Production of Thailand. The target is to bring the block to an operational development stage by 2019.

Pertamina already has met with representatives of Indonesia’s Ministry of Energy and Mineral Resources’ (MEMR) oil and gas directorate general to discuss the issue and said the terms and conditions still are being studied. According to MEMR’s director general for oil and gas, IGN Wiratmaja Puja, the government would grant incentives to Pertamina to develop the block, adding that timely signing of the PSC would help achieve first production in 2019 while the joint venture continues an ongoing two-year study on the field.

The East Natuna Block PSC area has proven gas reserves of 1.30 Tcm (46 Tcf), but its development will be technologically challenging because of the field’s high concentration (an estimated 72%) of CO2. The estimated cost to develop the block’s sour gas resources is likely to be high, with the partners facing potential development costs of anywhere between $20 billion and $40 billion, although the industry’s cost squeeze is likely to substantially reduce this current estimate.

The East Natuna concession also could yield estimated oil reserves of 46 MMbbl that lie underneath the gas reservoir, which could produce at a rate of between 7,000 bbl/d and 15,000 bbl/d of oil.

An example of the type of smaller marginal field projects that Indonesia is increasingly needing to rely on at present are a handful of stranded gas fields in onshore acreage Pertamina holds in the Riau, Jambi and South Sumatra provinces.

The company has agreed to work with Andalas Energy and Power to fast-track the development of these fields to help meet Indonesia’s overall goal of increasing its electricity generation capacity by 35,000 MW by 2019. Both companies will primarily focus on identifying a minimum of five stranded gas fields in the acreage that could be suitable for sub-100 MW gas-to-power development in the form of an independent power project.

When the candidate fields have been decided upon, both companies will sign an exclusive joint development agreement to design, construct, fund and operate independent power projects for each field, with other potential partners to then be invited to join the various joint development agreements and work toward commercializing each gas field, including project design, project cost, economic analysis and all regulatory requirements.

On a much larger scale Chevron recently began gas production from the Bangka Field, the first stage of the Indonesia Deepwater Development project in East Kalimantan.

The project in the Kutei Basin includes a subsea well connection to the West Seno floating production unit, which is supported by a tension-leg platform for the offshore gas production, with the field facilities having a design capacity of 3.12 MMcm/d (110 MMcf/d) of gas and 4,000 bbl/d of condensate. Chevron owns a 62% stake in the project, while Eni holds 20% and Tip Top has 18%.

This was a project sanctioned just before the industry’s downturn began, with its development wells drilled starting in mid-2014, and is an example of the kind of projects that just a few short months later were being delayed, deferred or cancelled entirely as the industry recession truly began to bite.

In a bid to reignite interest in its acreage to find the next generation of projects, Indonesia’s government has now said it will eliminate taxes on oil and gas exploration.

Wiratmaja Puja, director general of oil and gas, said the government was aiming to remove all exploration taxes, including a value-added tax on imported goods and a land tax that has been a deterrent to investment since it was introduced in 2010. Under the new regulations the government said it will provide oil and gas contractors with an internal rate of return of above 15%.

While the government is working to prevent the country’s oil production falling in 2017 to its lowest level since 1969, it is also under pressure to control how much the government is liable for regarding meeting contractors’ recoverable costs. These are predicted to hit $10.4 billion in 2017, higher than the $8 billion targeted for this year.

The industry’s contribution to Indonesia’s state revenue has dropped from about 25% in 2006 to a forecast 3.4% in 2016, according to data compiled by consultants at PricewaterhouseCoopers. Oil production has declined from a peak of 1.7 MMbbl/d in 1991 to an average of 786 Mbbl/d in 2015.