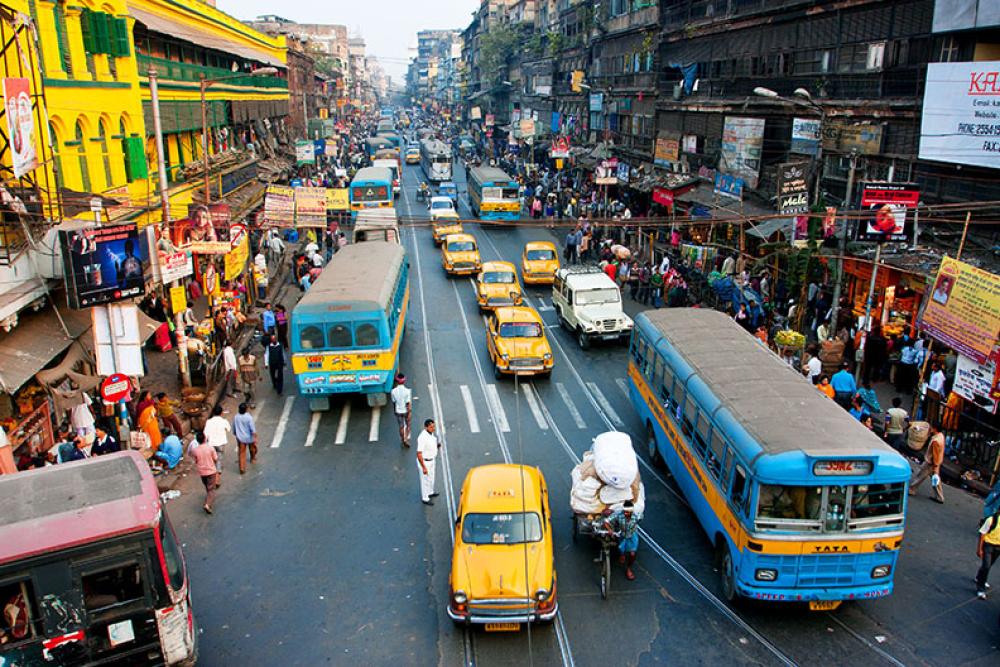 Essar Group, won a contract to build the first LNG regasification terminal in West Bengal state at an investment of 4.5 billion Indian rupees (US$69.7 million).

The facility will come up at the Haldia port with a capacity to store up to 1 million tons of LNG, and the terminal is expected to be ready within two years.

Earlier this year, Haldia Dock Complex under Kolkata Port Trust called bids for setting up LNG terminals with storage and distribution facilities. The contract is to build and operate the LNG receipt and storage facility for 30 years.

Essar Ports, in consortium with Ultra LNG and Essar Shipping, participated in the tender and emerged as the highest bidder for the project, beating state-owned Petronet and private operator V Energy.

With its rising economy trends and growing energy needs, India is emerging as the world’s new demand center for oil products, and the country’s LNG market has shown enough potential for the exporter countries to consider it.

Experts say LNG plays a dominant role in the energy supply security of Asia’s leading energy consuming nations. India, a leading energy consumer, is emerging as a good consumer of LNG in Asia because about 83% of its primary consumption is satisfied by oil and natural gas. The demand for gas in India is expected to be driven by refineries, fertilizer, industries and power plants.

Since domestic gas production is limited, India is already the world's fourth-largest importer of LNG, behind Japan, South Korea and China. But trends suggest that demand for imported LNG would surge threefold in the coming years. India’s energy demand increased by 3.7% year-on-year (yoy) in 2016; however, during the same period, imports increased by 5.7%, led by LNG, LPG and gasoline. Net LNG imports reached 19.2 million tonnes per annum (mtpa) in 2016, whereas the demand for LNG is expected to grow 38% yoy in 2017.

A document released by India’s oil ministry showed there are four LNG terminals at Dahej and Hazira in Gujarat state, Dabhol in Maharashtra state and Kochi in Kerala state. Also, the capacity expansion of the Dahej LNG terminal could range between 10 mtpa and 15 mtpa.

Additionally, India expects to build three more LNG terminals at east coast locations. Two new R-LNG terminals of 5 mtpa capacity each (at Dhamra and Kakinada, also on the east coast) are planned to be developed in the near future.

Reports suggest that work to develop a new LNG terminal of 5 mtpa at Ennore in Tamil Nadu, in the south,at an advanced stage.

The story of LNG imports does not ends here, as India plans to more than double its LNG imports to 50 mtpa by 2020.

The Middle East and Africa dominated LNG shipments to India in 2015, with Qatar supplying 61% of the total, followed by Nigeria (14.7%), and 11 other countries dividing the remaining 24.3%.

The sourcing destinations that emerged as alternatives were Australia, the U.S. and Russia.

These three countries are in a race to capture the LNG business, especially from the Asian market. In 2015, Australia exported 30.4 mtpa of LNG and is expanding liquefaction capacity to 85 mtpa, expected to come onstream by 2020.

Commercial production of shale gas has changed the U.S. natural gas supply-and-demand balance, prompting development of about 50 mtpa of LNG capacity expected to enter service by 2019. Russia is already in a strong position in terms of natural gas production.

State-owned GAIL (India) Ltd. signed long-term agreements with Cheniere Energy Partners and Dominion Resources to source LNG from the U.S. Supplies from these two deals will start in 2018. GAIL has also agreed to buy 2.5 mtpa from Russia’s Gazprom for 20 years, beginning in 2018-2020. However, Gazprom wants to increase supplies to 3.5 mtpa and the agreement's duration to 25 years.

Meanwhile, to promote the use of natural gas, India’s federal government is taking some steps to bring more industries into the gas consumption portfolio, as the country seeks to increase the share of natural gas in its energy mix to 15% by 2020 from 6.5% at present.

India also plans to halve the import tax on LNG. Indian Finance Minister Arun Jaitley assured Parliament in his last budget speech on Feb. 1 that the import tax on LNG will be cut to 2.5% from 5% at present. So far, only LNG imported for the power sector has been duty free.

Aker Solutions has entered a master agreement on March 23 to provide umbilicals for Chevron-operated oil and gas fields in the U.S. Gulf of Mexico.