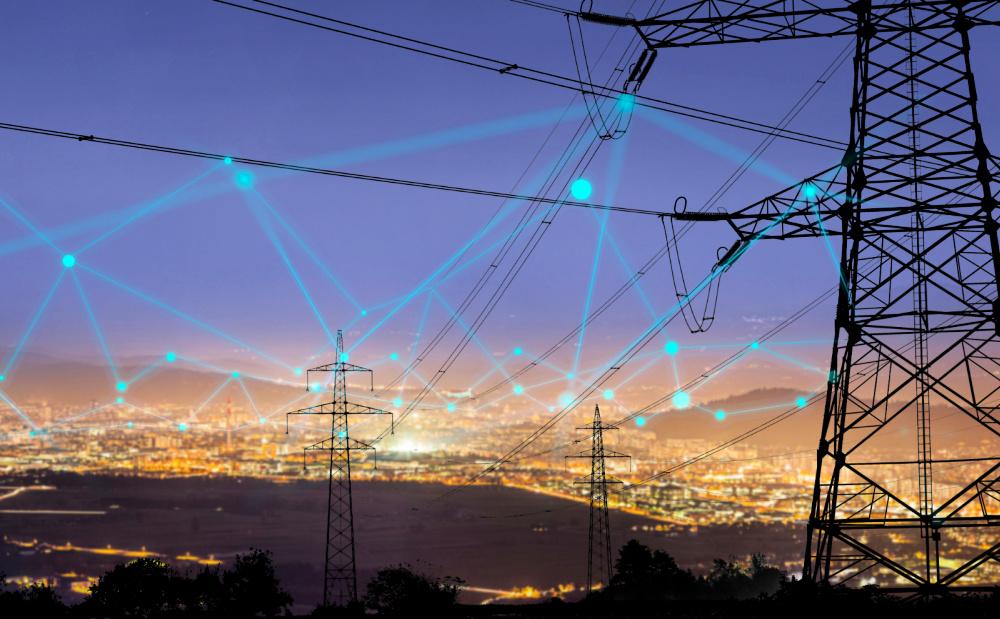 Hydrogen’s potential to support a critical turning point in how we distribute and transmit power in the future has not been overlooked by energy, utilities and resources organizations and the time has never been so ripe to capitalize on the benefits hydrogen can deliver. (Source: Shutterstock.com)

Hydrogen’s potential to transform energy, utilities and resources is unprecedented—from its energy efficiency and accessibility, to its lack of emissions, hydrogen serves as the most plentiful energy source on the earth and throughout the galaxy. It’s of little surprise that many believe hydrogen is the most promising solution against harmful environmental concerns.

Demand for hydrogen is expected to grow by 44% by 2030—but its production is already well-underway as Canada leads the charge in North America and worldwide as a global producer of hydrogen production. There’s no doubt that many other countries will be set to follow in Canada’s footsteps and searching for advanced technology that can help support such a transition will be crucial.

Green hydrogen lays the foundation for a decarbonized economy

Today, green hydrogen is gaining considerable attention as it presents an incredibly significant development for the renewable energy space and a huge step toward a decarbonized economy. Its importance comes down to how it is produced, because unlike hydrogen from the existing supply chain, green hydrogen does not rely on natural gasses or fossil fuels for its existence. Instead, green hydrogen is derived from water and renewable energies, such as solar or wind, and is the only type of hydrogen produced in a carbon-neutral manner—an invaluable trait for reaching net-zero emissions by 2050. For this reason, green hydrogen was featured heavily in a number of pledges at COP26 as a driver for decarbonizing a range of industries spanning heavy industry, long haul freight, shipping, and aviation.

If we take the bigger picture and the use of hydrogen in general, there is more to it than sustainability benefits. In the long-term, hydrogen has the potential to considerably reduce the cost of energy production and the challenges of transportation and storage. Across the whole value chain, hydrogen presents an abundance of business opportunities—from power generation, energy efficiency and improvement to the environment, to industrial feedstock, an increased number of high-paid jobs, and benefits in transportation.

Organizations feel the pressure to go green from every angle

As is the case for many sustainability concerns, consumers lead the charge when advocating for change; in the case for hydrogen, the story is no different. This can be seen in the rising popularity of electric cars. In the U.S. an increasing number of consumers are gravitating towards purchasing ‘cleaner cars’, with 7% of adults already owning one and another 39% claiming to be very or somewhat likely to seriously consider buying an electric vehicle. Currently, the move is battery-focused, but hydrogen can dramatically transform how these cars are embraced by the majority. From increased efficiencies in consumption, to emitting only water vapor and warm air, to convenience. A hydrogen cell can be refilled just as quickly as today’s regular petrol or diesel car.

The pressure doesn’t all come from changing consumer preferences though. Changes in regulation surrounding hydrogen will be inevitable as governments and countries begin to set out their own hydrogen roadmaps for the future. We’ve already seen infrastructure bills in the U.S. to support wide-scale hydrogen deployment, while in Canada, Japan, and several countries within Europe, the drawings of their own roadmaps have commenced. It is this type of forward-thinking that will help organizations, industries, and countries gain a competitive advantage in an increasingly volatile energy, utilities & resources market.

In today’s market, the cost of hydrogen is high, and its extreme flammability makes the cost of specialized pipelines and carriers incredibly expensive. For many, this presents a major barrier to hydrogen adoption. However, PwC research suggests that these production costs will reduce over time due to economies of scale, technological advances, and renewable energy costs. PwC predicts that hydrogen costs will decrease by 50% by 2030.

Let’s compare hydrogen to solar-powered energy. In the last two decades, the cost of solar power has fallen by 90%, with prices set to drop another 15%-25% in the upcoming years. Driven by government contributions and environmental concerns, solar is set to become the cheapest source of new electricity generation by 2030 across all U.S. states, Canada and 15 other nations.

Moving an entire grid to renewable energies is no job for the faint-hearted and will require serious investment into the construction of electricity transmission, distribution, and storage networks. By 2050, demand for energy is set to increase by at least 50% and future success will hinge on the right infrastructure being in place to keep pace with these unprecedented levels of demand.

As we look at moving the grid, the infrastructure challenge revolves around the positioning of wind and solar farms that are heavily relied upon for green hydrogen. The options are limited, take North America as an example. The optimal locations for solar farms in North America are in the Midwest, where access to solar energy is consistent, but major consumers reside in the East and West Coast. The disconnect lies in interconnection proximity, and it is up to energy, utilities and resources (EUR) organizations as well as governments to configure a suitable distribution power network that can transfer energy from the generator straight through to the end consumer.

While green hydrogen offers a decarbonized solution, it cannot be achieved without the digital helping hand of technology. For traditional technology companies, a deep understanding of both software and the science behind it will be essential to create a hydrogen generation facility.

In my work at IFS, EUR is a core market, and our industry clients are already at the forefront of looking at how they can integrate more renewable energies into their operations. For example, IFS customer LKAB, Europe’s largest iron ore producer, has delivered the first fossil-free steel in the world, made from 100% fossil-free hydrogen. Helping them efficiently make the transition has been a key driving force for investment in new technologies and toolsets, ranging from project and asset management to innovative supply chain capabilities.

All of these technologies can support customers in a new and emerging line of business. Implementing smart IT support that leverages artificial intelligence (AI) and machine learning is vital. As energy, utilities and resources organizations diversify, their energy mix will create increasingly complex organizations that require agile and flexible solutions to manage a wide variety of production facilities.

Green hydrogen: Is this the future of EUR?

As requests for more energy will continue to spiral, businesses will face increasing amounts of pressure to pivot to green hydrogen as a power facilitator. The future of energy, utilities and resources will unquestionably include hydrogen, and as more companies turn to the energy source, then so will the big players in the EUR market that will want to avoid being left behind in this new, net-zero and sustainable world.