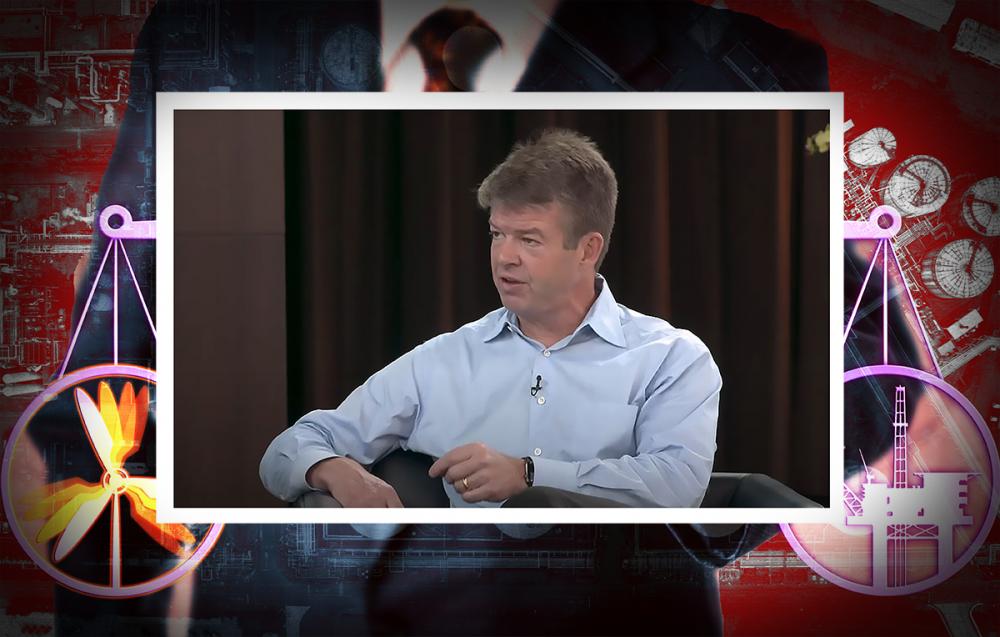 The COVID-19 pandemic has significantly quickened the pace of the energy transition, but thanks to a unique approach, adapting to the new normal appears to be less of an obstacle for Hunt Consolidated Energy Inc., according to CEO Hunter L. Hunt.

“Part of my job is not just to look at where we are today, but where things are heading in 10 to 20 years and see how we can continue to position ourselves to be both contrarian and community-centric, and make sure we have a positive role in the energy industry,” said Hunt, who oversees the operations of Hunt Energy.

Managed by the Ray L. Hunt family, Hunt Energy is the holding company for all of the family’s activities related to energy. The Dallas-based company’s operations include refining, power infrastructure and renewable energy technologies as well as Hunt Oil Co., one of the largest privately owned energy companies in the world.

Speaking during a recent webinar hosted by EPIcenter, Hunt said the company has taken a bullish stance on the energy transition by investing in new technologies that support renewables and other energy sources. The goal is to make the company “fluid” to market conditions by having a hand in both the renewable world as well as oil and gas.

Hunt Energy’s approach to the energy transition is from an energy ‘addition’ standpoint, he said, which involves adding electrons into the mix rather than totally moving away from molecules.

“We’re proud to be an oil and gas company,” he said. “We see a need for both fuels for quite some time, but we also understand the planet and humanity have other needs that are more around electrons. We really do view this more as an energy addition with new sources showing up than an energy transition where we’re getting out of oil and gas in the near-term into something completely separate.”

As for Hunt Energy’s home state of Texas, Hunt said he is bullish on more renewables and economic development showing up and intends to partner with more municipally-owned electric utilities and electric cooperatives to grow the business.

“From a technological perspective, it’s clear the energy mix is shifting and being impacted particularly by wind, solar and batteries,” he said. “If we’re truly going to be community-centric and serve humanity, that’s where we need to be shifting into.”

So far, Hunt Energy has made early technology plays in the battery sector and investments in next-generation solar cells. On the energy storage side, the company anticipates large gigawatts will come into play in Texas soon.

“The more that storage shows up with the incredible cost of wind and solar, you can see a complete transformation of what people think the supply mix is for electrons and it may be more bearish for natural gas,” he said.

On the debate surrounding the use of electric vehicles (EVs) vs. internal combustion engines (ICE), Hunt said EVs will be a part of the future but the entire global ecosystem around ICE will not go away.

“That underestimates the amount of innovation we’re going to see come out of the oil sector to make internal combustion engines both cleaner and more efficient,” he said.

Hunt noted the growth in the use of EVs is coming far slower than what most proponents projected, but at a quicker pace than what most oil executives anticipated.

Additionally, he sees growth in the hydrogen economy by way of new technology needed for hydrogen infrastructure and extraction. “It is further behind renewables and I don’t think it will ever be as popular as an electrified world, but there will absolutely be applications for it,” he said.

However, the world still needs and operates off of oil, gas and even coal, according to Hunt. The misconception, he noted, is that the oil industry will quickly disappear following “peak oil.”

“Wind, solar and battery are declining cost-curve industries,” he said. “Every year the cost of that technology is reducing without fail and one thing we know for certain is that a year from now wind, solar and batteries are going to be cheaper than they are today and so forth.”

However, oil and gas has a history of increasing as well as decreasing margin trends.

“Renewables are going to win to be clear, but the supply, distribution and waste disposal chains are wholly under-formed compared to petroleum products,” he said. “Having had a foot in the utilities space for 20 years and being very active in the oil and gas space, we view it as the mother of all battles but we do think there is going to be a lot of price volatility associated with this.”

Being a private, multigenerational company, as opposed to a supermajor, has helped Hunt Energy, which history dates back to 1934, with embracing the new wave of innovation, Hunt said.

“A lot of the ability in the U.S. for oil companies to pivot into these new technologies is limited, which is why it is great to be private,” he said. “Internationally, I think they have the thinking correct but the challenge is putting the proof in the pudding. It’s really hard to see, in my opinion, the European supermajors leading the way in these new technologies.”

The key behind the company’s success coming out of this pandemic and into the new energy world is resilience and being committed to communities and humanity, he said. Resilience is a pretty critical word right now, he added, and that will “favor more distributed type resources over time.”

Over the next 20 to 30 years, Hunt believes there will be a propensity to see energy become more distributed and localized.

“In the oil and gas industry, we tend to look at economic development as something that needs energy and so we provide it, but we forget people create the economic development,” he said. “We’re here to serve and I think that mindset is one of the biggest things that is going to come out of the pandemic.”

He continued: “The real winners are going to be focused on what the communities want, how to make communities more resilient and how to best serve them—that’s our approach.”