While production from unconventional reservoirs has vaulted the U.S. into the world’s leading producer, a proliferation of pay zones both around the world and in North America remain inaccessible because of the poor economics needed to produce them.

In places like the Middle East, China and South America, vast reservoirs of oil and gas are virtually locked because they are too expensive to drill, complete and produce. One of the barriers to accessing these reservoirs is the ability to quickly drill through hard rock. The time it takes to drill through hard rock strata makes hydrocarbon production not economically feasible. However, one company believes it has discovered the solution.

Particle Drilling Technologies Inc. is nearing commercialization of its Particle Impact Drilling (PID) technology that utilizes steel shot to break the rock ahead of the bit. The Houston-based company has been testing the system in the Travis Peak foundation in East Texas, and after years of trials and errors, believes it has finally found the right combination of operational efficiency and economics.

“The particle drilling technology itself is a bit designed for lack of a better term to obliterate the formation,” CEO John Schiller said. “We’re hitting the formation 12 million times in a minute with BB shot, and we drill 3 to 4 inches off bottom. The harder the rock, the quicker we drill.”

Schiller explained that the key to utilizing the PID system has been developing the surface facilities to deliver the shot into the mud stream, to get the shot out of the mud stream, and to ensure it all occurs through a simple interface.

“The second thing, and where we have spent the last three years, is improving the bit so the bit can take the wear and tear downhole,” he said. “We call it the bit, it’s really a nozzle carrier. Because we have our nozzle delivering shot at the velocity we need to obliterate the rock and then get everything out from under it.”

As Jim Shamburger, vice president of technology for Particle Drilling, further explained the drilling system does not utilize cutters “of any type,” and consequently, does not need torque to drill.

“Once we have the shot down the drill string coming out and coming back up the annulus, the off-bottom rotating torque declines,” he said. “There are no moving parts. It’s not a drag bit, it’s not a crush bit, it’s an ablation bit. We’re ablating the formation, and then we recover our shot and turn it around and re-use it again and again.”

More conventional drill bits require 20,000 to 60,000 lbs of weight on bit (WOB). According to Particle Drilling, the PID system drills with no WOB, which the company said greatly reduces torque, drill string vibration and eliminates buckling of the drill string. Ultimately, this can reduce the tendency of wellbores to deviate.

“This [hard rock] was a realm that PDC bits can’t get into,” Shamburger said. “By the time you imbed the cutters into something like the Travis Peak, your torque is extremely high. Your vibrations are extremely high and you run into a lot of difficulties with other things due to the way you’re failing the rock. For us, torque is never high. We drill with maybe 2,000 to 3,000 pounds of visible weight, but that’s essentially the particle pushback force. To me, this is a giant step-change in many ways for rock failure.”

Schiller and Shamburger believe the PID system will eliminate hard rock drilling problems that lead to increased number of days on location and escalated costs.

“A lot of places have potential horizontal targets, but their problem is the tough vertical to drill through,” Schiller said. “Bolivia, Columbia, Algeria, all of those places that have super slow vertical parts of the hole before they can get to where the product is, they can’t develop the resource they know they’ve got because the economics won’t work.”

Schiller added that Particle Drilling has been in discussion with companies in many locations where hard rock drilling is a challenge. He also said the PID technology would work well on multiwell pads.

“On a six-well pad, you could keep us parked off to one side, bring us in for the three or four days you need us, park us back on the side, skip to the next rig and bring us back in,” he said. “Those are where the economics really start to improve.” 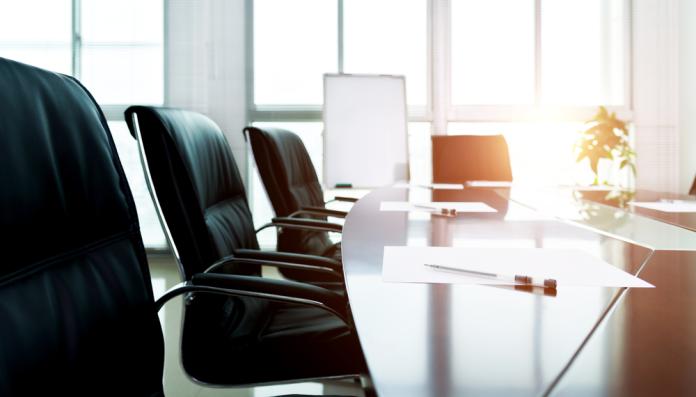 2023-01-23 - Ricciardello brings her extensive public company board expertise to her new appointment in ProPetro’s board of directors.