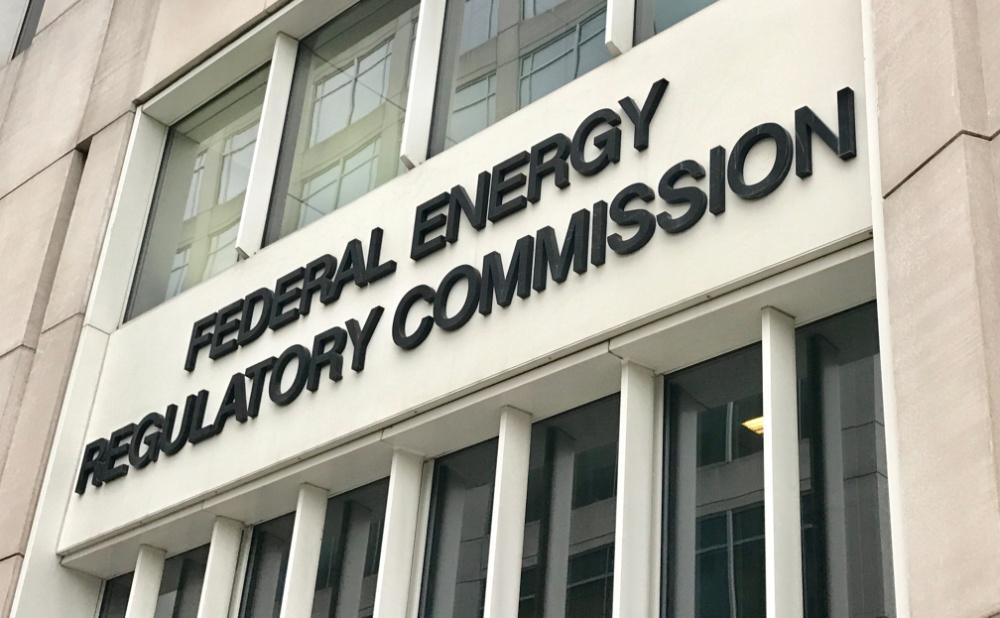 The 3-2 vote by FERC commissioners, in which the three Democratic commissioners supported the policy and the two Republican commissioners opposed it, inserts a level of political uncertainty into the equation, as well. (Source: FERC headquarters by DCStockPhotography / Shutterstock.com)

Jonathan Brightbill, partner in Winston & Strawn’s Washington, D.C., office, questions whether the Natural Gas Act allows FERC to implement a policy that places much higher demands on developers of gas pipelines and facilities.

Brightbill served as Acting Assistant Attorney General for the Environment & Natural Resources Division of the U.S. Department of Justice during the Trump administration. In that role, he was the government’s lead environmental civil and criminal enforcement official and litigator.

“I think there are very serious and legitimate questions raised about FERC’s legal authority to do all of the things that are articulated in the policy statement,” he said. “I think that there are likely to be very credible legal challenges about FERC’s jurisdiction and authority to either directly require or implicitly request, obviously under duress, certain of the measures and information requests that are set forward here.”

The new FERC statement, released Feb. 17, updates a policy in place since 1999 and demands proof of economic need beyond that of contracts with shippers. Specifically, FERC requests an expectation of greenhouse-gas emissions from operation of the facility, based on a projected utilization rate. There must also be projections of emissions during construction as well as downstream emissions from combustion of the project’s transported gas.

Commissioners gave themselves latitude in executing the policy. The statement does not set binding rules and allows them to consider issues on a project-specific basis. It only applies to new and pending projects.

Reaction from the industry was swift:

Robin Rorick, vice president, American Petroleum Institute (API): “FERC’s actions today unfortunately insert more uncertainty into the process and will only add more delays on top of an already overly bureaucratic process that is hampering the vital pipeline and other energy infrastructure needed to deliver and export natural gas, which is the leading reason the U.S. has reduced emissions to generational lows.”

Amy Andryszak, president and CEO, Interstate Natural Gas Association of America (INGAA): “Subjecting project applications that have been pending for years to the new policies established today creates additional uncertainty for those pending projects and significant delays for much-needed infrastructure.”

American Public Gas Association (APGA): “APGA is concerned that these new policy statements will have a chilling effect on natural gas infrastructure development, which would significantly impact the ability of public gas systems to maintain low-cost energy access for their communities.”

Brightbill agreed that the policy, which is subject to public comment, injects confusion into the permitting process.

“I think that there are a lot of players in the market who are and who are going to be disappointed in how vague the pronouncements are,” Brightbill said. That ambiguity will lead to difficulty in determining what is acceptable and what is not in order to get projects approved.

However, it is simplistic to assume that all projects submitted to FERC are doomed to rejection.

Uncertainty kicks in with greenfield projects designed to transport new volumes of natural gas that do not displace higher-carbon fuels.

“I think the sponsors of those projects will begin to question whether those types of projects are going to be acceptable to the FERC, at least under the three commissioners who one would expect to abide by this policy statement,” Brightbill said.

The 3-2 vote by FERC commissioners, in which the three Democratic commissioners supported the policy and the two Republican commissioners opposed it, inserts a level of political uncertainty into the equation, as well. What if a Republican candidate wins the presidency in 2024 or 2028? The commission’s makeup would shift to the advantage of Republicans who would, presumably, put a different climate policy into effect.

Is it in a developer’s best interest to wait it out? Not necessarily. How a developer decides to proceed depends on a number of factors.

At the heart of the challenge for the oil and gas industry is the policy statement’s ambiguity.

“One of the things that this appears designed to do is to articulate factors that FERC says it will consider without clearly stating that these factors and considerations are required,” Brightbill said.

What is clear is that the time in which qualifying for permits to build a natural gas project encompassed a reasonably well-established and well-understood set of guideposts is over, he said. Now, project sponsors likely face many more, very discretionary judgements from the FERC majority before those permits are granted.