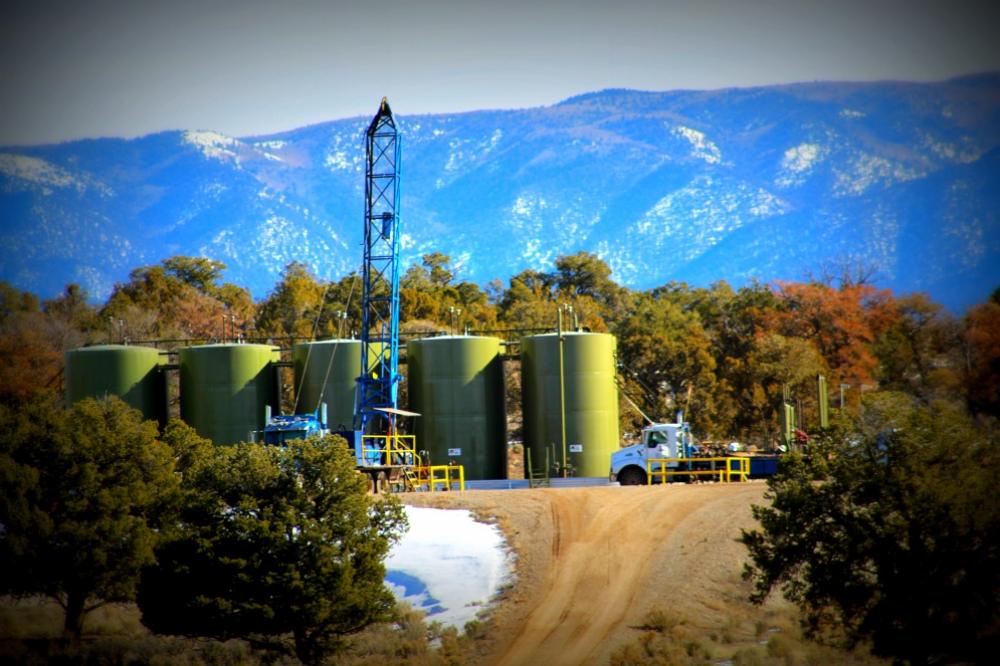 Two days after Christmas, during vacation days that are often marked by a year-end rush to conclude business, Denver-based DJR Energy LLC closed on its acquisition of Encana Oil & Gas (USA) Inc.’s San Juan Basin assets in New Mexico. It paid US$480 million, or as calculated by a Jefferies analyst, $35,000 per flowing barrels of oil equivalent (boe).

The package has transformed DJR, which already owned 800 vertical wells on 170,000 net acres in the area that it had acquired from Elm Ridge Exploration Co. LLC a year earlier, before making the Encana bid.

The privately held DJR was formed in April 2017 by Dave Lehman, a 40-year industry veteran and former executive with Exxon Mobil Corp. who had been with the oil major for 27 years. He was manager of worldwide new business opportunities for Exxon Exploration Co., among many other job titles, until taking early retirement in 2012.

The key DJR team members bring a wealth of experience to the new company. They include Jerry Austin, vice president of production operations, who used to be area operations manager for BP’s Rockies region; and Chuck Mallary, vice president of drilling and completions, who was with BP Plc, ConocoPhillips Co., EOG Resources and Noble Energy Inc., and is the author of four Society of Petroleum Engineers papers on wellbore construction.

Backing Lehman’s new company is a private equity trio of Trilantic Capital Management LP, Waveland Energy Partners and Global Energy Capital. Between these and management, in excess of $500 million of equity capital was committed to DJR, although further details on exact terms were not disclosed.

To get started, DJR’s team evaluated many areas in the Rockies but ultimately chose as its first target the San Juan Basin, specifically the Mancos Shale oil window in the southern part of the basin. There, the Gallup Formation is similar in geology and economics to the Turner Sand in the Powder River Basin and, more importantly, to the Codell Sand in the D-J Basin, where Lehman had had success before. The area is comprised primarily of federal and state leases. (For more, see “San Juan Rising,” Oil and Gas Investor, January 2018.)

It’s fairly early in the life of the play, with about 200 Gallup horizontal wells drilled to date, but Lehman said he sees the potential for economic improvement by drilling two-mile laterals on pads, not to mention adding improved infrastructure and further reducing D&C costs. He likens it to the qualities he saw during his experience in the D-J Basin of Colorado.

Oil and Gas Investor spoke to Lehman less than a month after he closed on the Encana transaction, to see what his 2019 plans are for the developing play.

Investor: Dave, what was your thinking on making a pivot to the San Juan, given that you’d been so successfully involved in the D-J Basin?

Lehman: We sold our last D-J company in July 2014. At that time, we felt the basin was getting a bit too crowded and too expensive, and it was also getting difficult to put enough acreage together. So this time around, when we started DJR, we started looking at other Rockies plays, and we liked the San Juan. We see a lot of parallels.

Investor: What sort of parallels do you draw between the two?

Lehman: The rocks there are the same age, Cretaceous, and we felt the fracking and economics would be very good, in fact, just as good. In 2015, we began looking for assets, and we purchased some vertical wells from Elm Ridge in 2017. These sort of bookended the Encana assets, so when those came up for sale, we were very pleased to be able to make a bid to Encana. Now we’re the dominant player on the Mancos Shale oil rim in the southern part of the basin. We think it has significant potential.

Investor: What are your immediate plans since you closed in December?

Lehman: We certainly purchased these assets with the concept of putting a rig or rigs to work, so we’d anticipate activity starting by midyear. We just closed on this on Dec. 27, and it’s winter there, of course, so we’re still getting our arms around the asset, although we know what we want to do. But we have some more things we want to study first.

Investor: Which sort of factors are you still looking at?

Lehman: The geology work is done; we’ve already done an extensive study on the oil in place in the Mancos. These wells will be about 70% oil, and the rest natural gas and liquids. Now we’re working on some operations things, such as getting the pads ready for drilling, getting completion equipment ready and bringing in frack tanks and so forth prior to starting drilling. We feel fairly confident in being able to get a rig, as there are some in the basin that are not working right now.

Investor: What is the initial plan?

Lehman: We plan wells that are 5,000 or 6,000 feet TVD (total vertical depth), and then laterally we’ll go out a mile and a half or 2 miles, depending on the acreage situation. We prefer five to eight wells per pad, as we think that will be the most efficient way to develop the Encana assets. We anticipate piping the water and frack fluids and produced oil, gas and fluids, to minimize truck traffic.

Investor: Can discuss in more detail the parallels do you draw between your D-J experience and the San Juan Basin?

Lehman: There are some uncanny parallels and you can start with the geology. As I’ve said, they have the same age rock from a Cretaceous seaway. The frackability and economics are very comparable. The San Juan reservoir is shallower, but the EURs and even the quality of the crude are comparable. In the D-J, people are going to multiwell pads and longer laterals, but both basins started out with vertical wells. Now, in the D-J, they’ve all gone to 2-mile laterals, and we hope to see the same thing develop in the San Juan.

“The industry is starting to find its way in the San Juan and gain momentum; I think it’s about five to seven years behind the D-J.”

Investor: What about any differences?

Lehman: We see a couple of significant ones. In the D-J Basin, 3-D was required because of the numerous small faults there, but here in the San Juan, no. In the San Juan the frack orientation is from northeast to southwest, but generally the frack designs will be very comparable, although in the San Juan we’ll be using a nitrogen foam frack, whereas in the D-J they use slickwater fracks.

Investor: What stage would you say the San Juan is at in terms of new horizontal activity in the Mancos?

Lehman: The industry is starting to find its way in the San Juan and gain momentum, so I think it’s about five to seven years behind the D-J. Keep in mind that when we first started in the D-J in 2003 there were no horizontal rigs drilling; now there are 15 or 20 rigs running in Wattenberg Field. In the San Juan there is only one running right now that’s drilling on the Mancos oil rim. I don’t necessarily think we’ll get to the same rig count as the D-J, but we will see more rigs running.

Investor: Once you get started by midyear, how many wells will you drill in 2019?

Lehman: At this point, I can’t be too definitive, but once we pick up a rig, we hope to keep it working all year. One of the biggest challenges will be the regulatory environment and if we can get the APDs (application for permit to drill) in a timely manner and get our midstream efforts approved. DJR has access to over 50 APDs filed by the previous operator, and it plans to file for an additional 80 APDs during 2019.

The differential between WTI and the local price has been as high as $12/bbl—but this is another remarkable similarity with the D-J, in that there it got to as high as $15 until enough infrastructure was put in place, and then the differential came back down. I’d expect and hope to see a similar effect in the San Juan over time.

Investor: Do you plan to go back into the vertical wells you acquired from Elm Ridge and complete them horizontally?

Lehman: That is always the first question we get asked. Yes, there is always a temptation to do that, but based on what our folks have studied, we think it is going to be more economic to drill new horizontal wells. From the Elm Ridge deal, we have 800 verticals making about 1,400 boe/d, mostly gas but some oil—but they are cash flow positive, and what’s even more significant, they hold the acreage, so we’ll continue to produce most of them, although we’ll high-grade them and may sell off a few.

We like the geology, we like the economics, and we think we’re in early, so we’re really pleased with the Encana acquisition.

In February 2018, WPX left the basin’s Gallup oil play after reaching an agreement to sell about 105,000 net acres in Rio Arriba, San Juan and Sandoval counties, N.M., for $700 million.

Although WPX didn’t disclose the buyer in its initial announcement, regulatory filings later identified it as Enduring Resources IV LLC, a private Denver company helmed by industry veteran Barth Witham. The Gallup oil play had previously been a part of WPX’s plans and was producing 10,800 barrels of oil per day (boe/d) in third-quarter 2017.

Several other buyers have entered the San Juan Basin or added to their position, most notably Houston-based and privately held Hilcorp Energy Co., which produces about 1 billion cubic feet per day (Bcf/d) in the San Juan, one of the largest gas producers in the basin. Its subsidiary, Harvest Midstream, paid $1.1 billion in July 2018 to take up Williams’ San Juan midstream system. That deal entailed more than 3,700 miles of pipeline, two gas processing plants and one carbon dioxide treatment facility in an area stretching from New Mexico’s San Juan and Rio Arriba counties to La Plata County in southern Colorado. The pipeline system includes gathering capacity of 1.8 Bcf/d.

This past November, despite opposition from the newly elected governor and environmentalists, Hilcorp received approval from the New Mexico Oil Conservation Commission to revise legacy spacing rules, to allow eight wells per 320-acre drilling unit instead of four, above the Blanco-Mesaverde gas formation. The move had engendered controversy in the state for several months prior to the final decision. 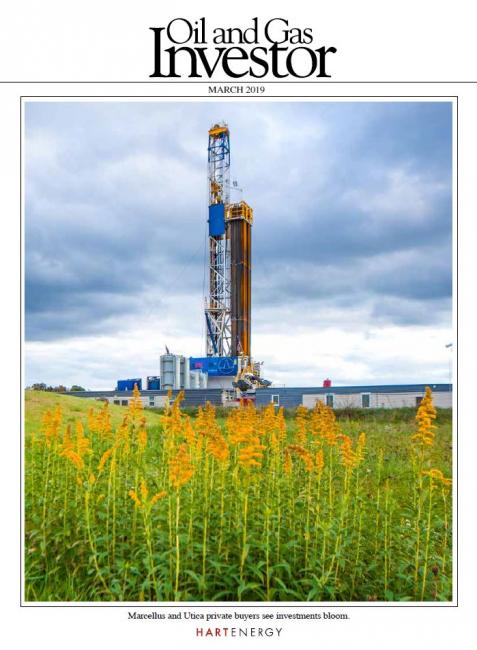