A day after selling a CA$1.12 billion stake in several oil pipelines to indigenous communities, Enbridge Inc. unveiled on Sept. 29 the acquisition of a leading U.S. renewable developer for up to $320 million.

Enbridge announced in a release it had acquired Tri Global Energy LLC (TGE) for $270 million in cash and assumed debt plus up to approximately $50 million in contingency payments. The acquisition of TGE is part of Enbridge’s plans to ramp up its renewable business, according to Al Monaco, the president and CEO of the Calgary, Alberta-based midstream company.

Based in Dallas, TGE is currently the third largest onshore wind developer in the U.S. The TGE team has successfully developed and monetized over 6 GW of utility-scale renewable projects since its inception in 2009, according to the Enbridge release. 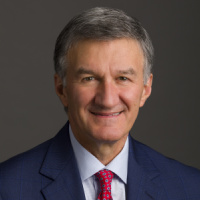 The $50 million in contingency payments are tied to the successful execution of TGE’s project portfolio comprised of wind and solar projects representing more than 7 GW of renewable generation capacity.

“TGE’s significant development pipeline, coupled with our renewable capabilities, and existing self-power opportunities, make this a truly synergistic investment that further positions us to grow organically at attractive equity returns,” Monaco said in the release.

Since its initial investment in a wind farm in 2002, Enbridge has committed more than CA$8 billion in capital to renewable energy and power transmission projects currently in operation or under construction, according to its website.

“Rising targets for state renewable portfolio standards and growing private sector demand for zero-carbon electricity are set to drive investment in wind and solar power generation significantly higher in the next decade. TGE’s large development portfolio is well-positioned to capitalize on this growth,” the company said in a statement.

Additionally, 3 GW of late-stage development of wholly owned projects are expected to be placed into service between 2024 and 2028. Enbridge expects these projects to provide a visible ramp up in cash flows along with a large slate of further projects in earlier stage development beyond that period.

“We’re excited to be welcoming the TGE team to Enbridge, further strengthening our capabilities as we ramp up our renewable business,” Monaco added. 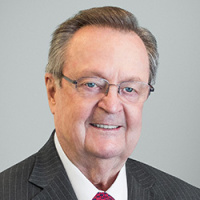 “Our current opportunity with Enbridge allows for continued robust growth to meet the challenge of our lifetime—the transition to a low-carbon economy.”—John B. Billingsley, Tri Global Energy LLC

“When we established Tri Global Energy, we had a vision of creating a better way to develop wind energy projects. This proved to be what the industry needed to help accelerate the transition to renewable energy in the U.S.,” TGE Founder, Chairman and CEO John B. Billingsley commented in a separate release on Sept. 30.

“Our current opportunity with Enbridge allows for continued robust growth to meet the challenge of our lifetime—the transition to a low-carbon economy,” Billingsley added.