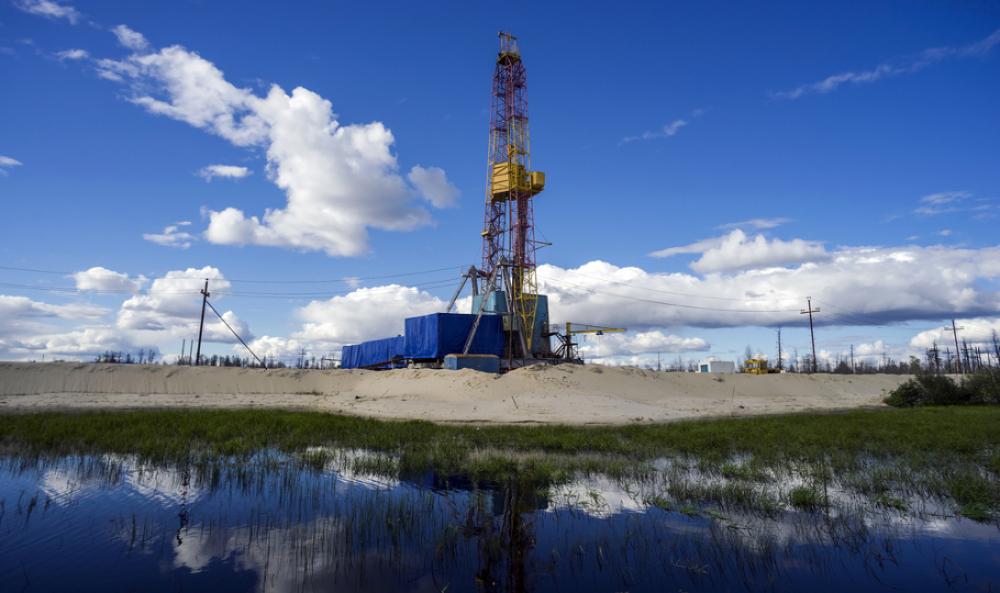 Sanctions imposed in 2014, in response to Russia’s actions threatening Ukraine’s sovereignty and territorial integrity, included prohibiting the export of goods, services and technology in support of E&P for Russian deepwater, Arctic offshore and shale projects to Gazprom, Gazprom Neft, Lukoil, Surgutneftegas and Rosneft.

The oil-rich Yuzhno-Kirinskoye Field along with a list of individuals with ties to the Kremlin and Russian President Vladimir Putin were added later.

“The intent was to be surgical,” said Thane Gustafson, senior director and advisor of Russian and Caspian energy for IHS. But “The actual results have been dramatically different. … The sector that was supposed to have been targeted is the one that has been least affected.”

How has Russia managed to go against the grain? Part of the answer lies in some companies’ ability to find loopholes.

Technically, tight oil is not shale oil, which is under the sanctions, Gustafson noted. “This, in principle, leaves a vast zone in which service companies can proceed and participate in the development of tight oil without being in violation of sanctions,” he said.

The sanctions also tightened debt financing restrictions by lowering the maturity period for new debt issued by six Russian banks from 90 days to 30 days. But loans of less than 30 days maturity are acceptable, he added, noting this has opened another window that has been exploited by traders, which have “substantial” cash flow to Russian oil companies.

Matthew Sagers, managing director of Russian and Caspian energy for IHS, said Russia has “managed to fly in the face of gravity,” being the only area to his knowledge to increase capex in 2015 and see more development drilling.

“Russian oil companies have always lived in a $25 to $30 a barrel world,” Sagers said. “The rest of the industry has sort of arrived, in a way, where Russian companies have been all along.”

But there are signs of fragility in this growth. Russia is not immune to today’s market conditions as lower commodity prices impact revenue. Oil and gas revenues account for more than 50% of the federal budget revenues in Russia.

Although the ruble’s depreciation has dropped costs dramatically— about 38% in U.S. dollar terms—the average capex per meter is essentially flat in ruble terms. New field operations have declined to an extent.

“Oil companies are still in the black. They are actually still making money, but it’s the government that is taking the biggest hit,” Sagers said, noting that that oil industry’s profit may be targeted by the government.

Although Russia has been in talks with OPEC about freezing production, there is skepticism about the prospects of Russia actually cutting production because its companies are heavily dependent on free cash flow under the sanctions environment to finance operations, said John Webb, director of Russian and Caspian energy for IHS.

And the upstream impact of Russia’s oil sector tax reform efforts remains to be seen.

The finance ministry proposed increasing crude oil extraction taxes along with the crude oil export duty, which has since been frozen at the 2015 rate due to today’s market conditions, in hopes of balancing the federal budget among other goals.

Regardless of today’s environment, panelists were confident that future demand for oil and gas means there is a growing opportunity for development.

“Russia also has a unique opportunity in the sense of its reserve life,” said Tom Reed, CEO of JKX Oil & Gas. The London-based company’s portfolio includes assets in the Ukraine, Hungary, Slovakia and Russia, where it had development rights for the Koshekhablskoyegas gas field.

“By most independent estimates there is about 60 years of 2P reserves in Russia, and the value of years 30 to 60 for a Russian major is minimal,” Reed said. “It’s minimal for cost of capital. It’s also under extreme technological risks,” he added after pointing out that smaller companies are often the source of innovation.

“If those 30-60 years were spun off, you’d have a massive industry at least the size of the United States’ independent industry.” Plus, the rocks are there, he added.

And although worldwide supplies are outpacing demand now, that is not expected to be the case in the future.

“Do we believe that middle class in the world will increase by 1 or 2 billion people in countries like India, Indonesia, Philippines, Vietnam?” asked Vadim Makhov, board chairman of the OMZ equipment manufacturing company. If the answer is yes, then there will probably be rapid growth in oil demand, but natural gas demand will grow even faster, he added.

Growth in the Asian-Pacific market may be limited by pipeline capacity, but LNG could be the solution. “Russia is and will be an important global player in these markets,” Makhov said.