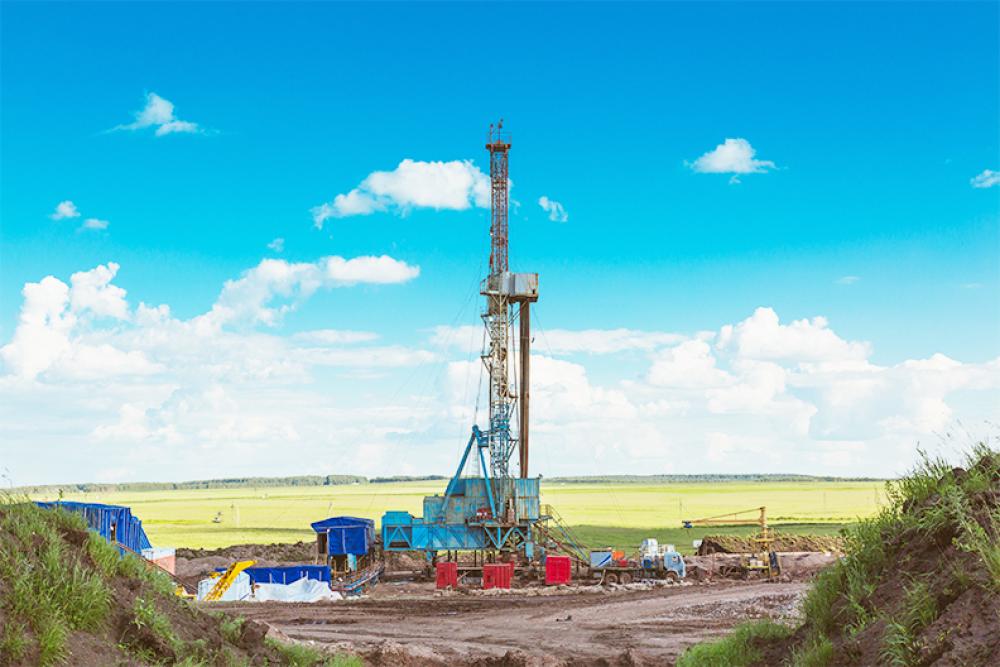 In the outlook for crude prices, a crucial factor is how far U.S. shale oil production can grow.

In the outlook for crude prices, a crucial factor is how far U.S. shale oil production can grow.

The shale revolution has transformed global oil markets over the past decade, reversing the long decline in U.S. output, challenging OPEC’s influence and helping to trigger the plunge in prices that began in 2014. It has meant windfalls for oil consumers, and some painful adjustments for producers.

The leap forward that made shale oil commercially viable for the first time was a revolution in productivity. EOG Resources Inc. (NYSE: EOG) and other pioneering companies worked out how to get oil to flow from wells at much higher rates than in the past, thanks to the application of improved techniques for horizontal drilling and hydraulic fracturing, and those productivity gains continued after the first breakthroughs.

Exploration and production (E&P) companies have been able to drill wells faster and squeeze more oil out of them by targeting the right rocks more precisely and fracturing them more effectively. The outlook for the industry depends on how far those gains can be sustained and extended.

The track of the number of active rigs and oil production shows the huge productivity gains that have been made. A rush to drill in shale formations such as the Eagle Ford in Texas and the Bakken in North Dakota was followed by a flood of production, which mostly held up even after most rigs stopped running in between 2014 to 2016. 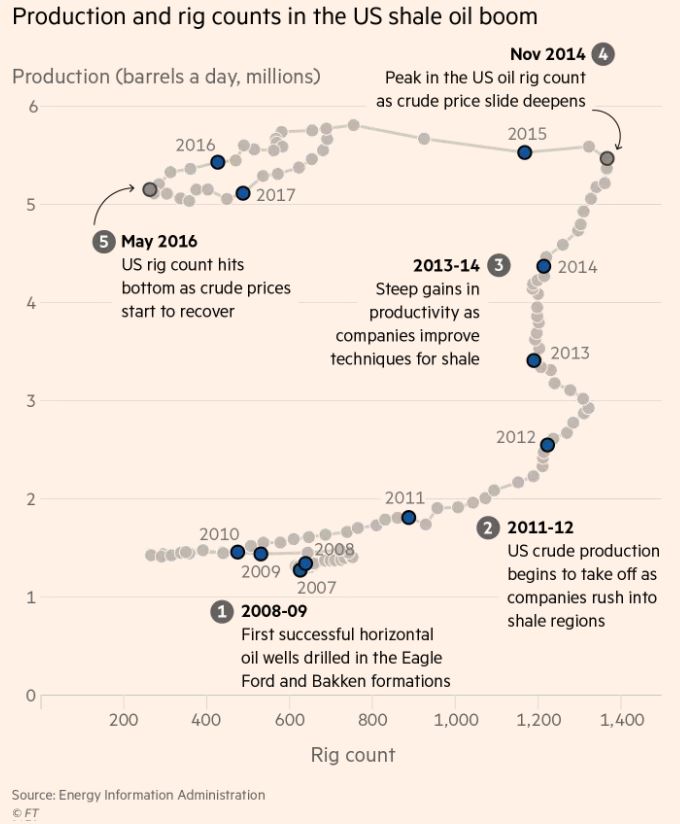 Over the past year, however, the productivity gains seemed to have slowed considerably, suggesting that the revolutionary era for progress in shale is over. In the Eagle Ford shale, productivity—as measured by production from new wells per active rig—has been falling.

Those productivity data from the Energy Information Administration (EIA) are an imperfect measure, however. For a start, they do not take into account the extent to which companies are drilling wells and then deliberately not bringing them into production as they wait for higher prices. (These are known as DUCs, or drilled but uncompleted wells.)

So what can we say about the true picture of productivity in shale? 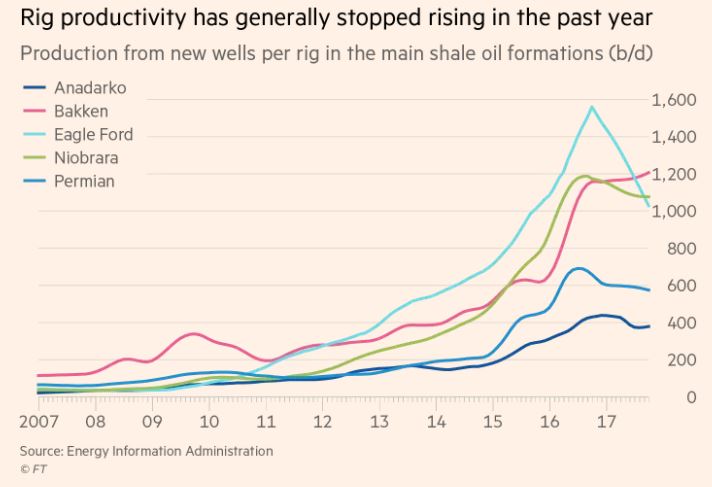 One issue is the time it takes to drill the wells. The recorded efficiency of rigs improved dramatically over 2013 to 2016, in part because of the spread of pad drilling: running multiple horizontal wells off from a single site, or pad, to cut down the time spent moving the rigs.

Recently, however, the rate of improvement appears to have slowed, especially in the Eagle Ford shale and the Williston Basin, which includes the Bakken Formation. Wells are generally getting longer, so companies may still be going faster in terms of feet per day, even if they take the same time to drill each well. But it does look as though that particular source of productivity gains is not what it was. 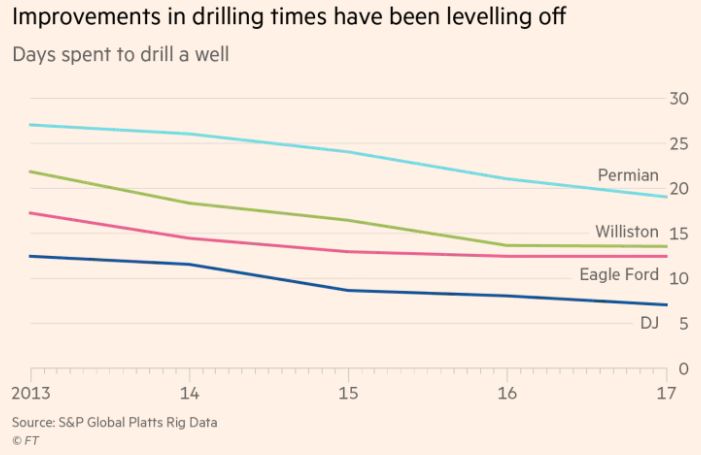 Another factor is the shift from vertical to horizontal wells. A well running horizontally through a layer of oil-bearing rock is typically much more productive than a vertical one that just punches through a section of that layer. Seven years ago, the numbers of horizontal and vertical wells in the U.S. were about equal, but since then the vertical rig has just about disappeared. Some, at least, of the reported rise in rig productivity since 2011 was simply a result of that shift to horizontal rigs, which has now largely run its course. 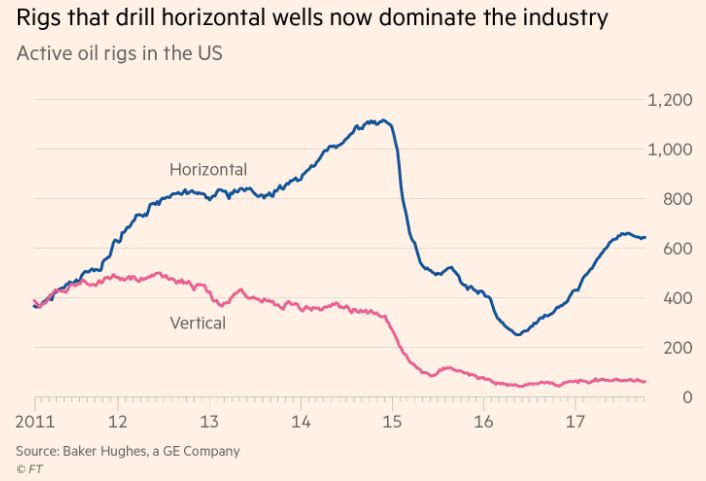 One of the other big changes in recent years has been in hydraulic fracturing: pumping water, sand and chemicals into the well at high pressure to crack it, allowing the oil and gas to flow out.

Companies have been using ‘bigger’ fractures, with higher volumes of sand, and the result has often been higher production. But there is some evidence that that process may also be hitting its limits. A good way to assess underlying productivity is to look at production per well, adjusted for the total depth and length of that well.

Kayrros, a Paris-based energy research firm, has done that exercise for the Permian Basin of west Texas, the hottest area for investment in the U.S. oil industry recently. Its conclusion is that productivity adjusted for well length stopped growing in 2016, and may even have fallen a little in 2017.

As the industry has recovered since 2016, companies have moved from drilling in only the most productive ‘sweet spots’ and started to produce from more difficult rocks, creating a natural drag on productivity. Improvements in production techniques have to fight against that drag, and it seems that in the Permian recently they have been losing. 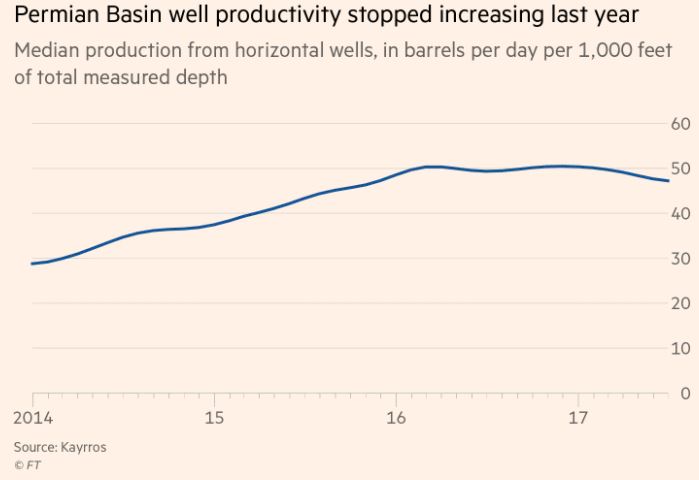 Throughout its existence, the shale oil industry has consumed cash. Companies have been unable to cover their drilling costs from their incomes, and have needed constant infusions of debt and equity financing.

They have had little difficulty in raising that money, in part because investors wanted to share in the productivity miracle that the companies represented. If the miraculous days are over, and a more humdrum reality is setting in, will investors still be prepared to back the industry so willingly?

Already equity raising by U.S. E&P companies has slowed sharply in 2017. Plenty of attractive investment opportunities still exist in shale: internal rates of return of 30 percent and higher are available in the Permian Basin, according to S&P Global Platts Well Economic Analyzer.

Will there be enough of those attractive opportunities to keep U.S. oil production rising, the EIA and others expect? The industry says yes, but the drilling and productivity numbers will be worth watching closely over the months to come. 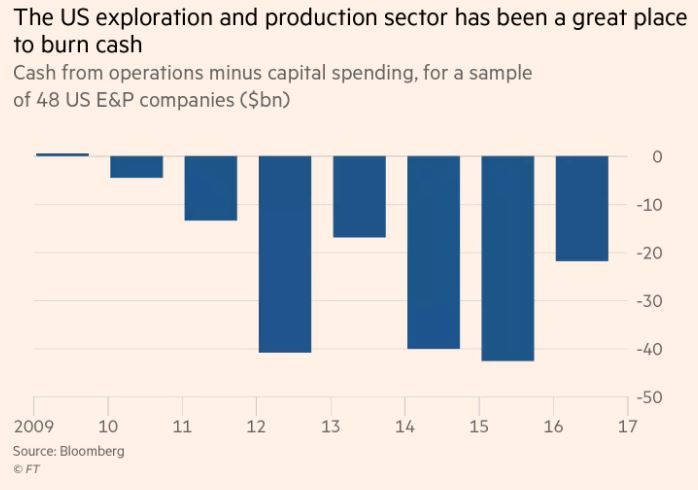