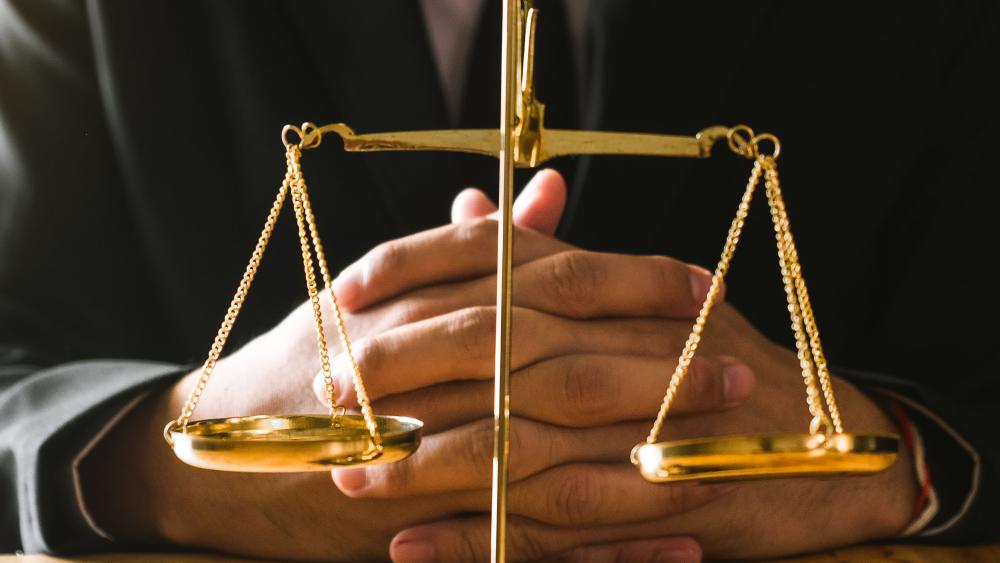 Thirty-six years ago, Apache Petroleum Co. introduced the investment vehicle known as the MLP. Since then, MLPs have withstood two federal tax overhauls, multiple oil booms and busts and one fracking revolution.

Yet, despite even the most recent tax reform, which reduced corporate income tax rates to the lowest levels since 1938, the MLP structure still maintains a significant role in the midstream oil and gas industry.

MLPs continue to be the most tax-efficient public company model for midstream companies, provide the most business-friendly corporate governance framework and have a reduced cost of capital relative to their conventional corporate (C-corp) peers. However, given the ever-changing tax and regulatory environment, the analysis an entity should undertake when evaluating whether to form an MLP, or convert an MLP into a corporation, has evolved.

New tax laws, volatile capital markets, rising interest rates and an evolving regulatory regime are all factors that must be taken into consideration.

What is it?
Simply put, an MLP is an investment vehicle created through the Internal Revenue Code to promote the development of energy infrastructure across the U.S. Like those in a publicly traded corporation, equity interests in an MLP, referred to as units, trade on public exchanges similar to stock. However, unlike a corporation, an MLP that meets certain qualifying income requirements is treated as a partnership for federal income tax purposes and does not pay tax at the entity level.

An MLP is formed by a sponsor that contributes initial assets in exchange for equity interests. Like other limited partnerships, a general partner controls the operations of the MLP through its board of directors and management team. Typically, the MLP’s sponsor wholly owns the general partner, retaining control over the MLP and its assets.

This structure enables the sponsor to monetize assets that generate qualifying income by contributing them to the MLP in exchange for cash or additional equity in the MLP. These transactions, often referred to as dropdowns, are streamlined by the business-friendly governance requirements discussed below.

Tax implications
Last year, President Trump signed into law the most comprehensive tax reform since the Reagan administration. The reverberations of the tax act, both good and bad, are being felt in every facet of the economy.

The midstream industry and MLPs are no exception. Historically, MLPs have had a substantial tax advantage over corporations by avoiding double taxation. This allowed investors in MLPs to receive higher rates of return, dollar for dollar, compared to corporate counterparts, and resulted in MLPs having a lower cost of capital relative to corporations.

This double taxation resulted in an effective tax rate of 48% on income distributed from a corporation.

Although corporations are enjoying significantly reduced tax rates, MLPs continue to remain more tax-efficient largely due to the tax act’s inclusion of pass-through deduction. This provision allows unitholders to deduct 20% of their allocated share of the MLP’s U.S. trade or business income. As a result, distributions from midstream MLPs will continue to benefit from a lower effective tax rate of 29.6% compared with an effective tax rate of 36.8% on corporate dividends.

Unlike in a corporation, directors are not generally elected by unitholders, because the MLP is controlled by the general partner. Rather, by owning the general partner, the sponsor has the ability to appoint the full board of directors. Therefore, most MLPs do not distribute proxy statements or hold annual meetings.

In fact, the voting rights of unitholders are generally much more limited than the rights of shareholders in a corporation. Typically, unitholders do not have the right to vote on issuances of additional equity or most amendments to the MLP’s partnership agreement.

Furthermore, as limited partnerships, MLPs are exempt from many NYSE and NASDAQ rules. These require listed companies to have a majority of independent directors, a compensation committee and nominating committee, and are not required to allow unitholders to vote on issuances of equity—although MLPs must get unitholder approval of equity compensation plans under NYSE and NASDAQ rules. Rather, most general partner boards consist of a minority of independent directors (a minimum of three), that make up the conflicts committee—to review related-party transactions—and an audit committee.

Delaware partnership law has established a policy to give maximum effect to the principle of freedom to contract and the enforceability of partnership agreements. Therefore, through those agreements, MLPs may modify or eliminate “default” fiduciary duties owed by the general partner to the MLP and its unitholders other than the implied covenant of good faith and fair dealing, which may not be eliminated.

This reduces the likelihood of liability of the general partner and the sponsor for breaches of fiduciary duties and provides more flexibility to the board, which facilitates dropdowns and other key decisions.

As previously mentioned, dropdowns allow a sponsor to monetize assets in related-party transactions. While the governance framework for a corporation may require a shareholder vote to issue additional equity or cleanse such a related-party transaction of any conflicts of interest, MLPs are able to avoid those procedural actions as a result of Delaware partnership law.

Evolving regulations
All pipeline companies owning and operating interstate pipelines that transport natural gas, crude oil, NGL or refined petroleum products—whether organized as an MLP or a corporation—are subject to rate regulation by the Federal Energy Regulatory Commission (FERC). The most prevalent rate type permitted by the FERC is a cost-of-service rate. To determine the rate, the pipeline takes all of the cost inputs required to provide the pipeline’s transportation services and divides it by the units of product transported, while also providing for a rate of return deemed “just and reasonable” by the FERC.

On March 15, the FERC issued a ruling regarding how MLP pipelines may calculate their cost of service rates. Prior to that, the FERC permitted MLPs to include in their costs of service the income tax costs of their individual unitholders and recover an income tax allowance in their rates.

The FERC now prohibits MLPs from recovering an income tax allowance when setting cost-based rates. Unlike corporations that are subject to income tax at the entity level, the FERC stated that pass-through entities were benefiting from a “double recovery of income tax costs” by receiving a pre-tax rate of return that purportedly compensated unitholders for their tax costs, as well as an income tax allowance.

It is still unclear what impact this policy reversal will have on MLPs subject to FERC regulation. MLPs and their trade groups have challenged the rationale before the FERC and Congress, which could lead to some revisions to its scope. Furthermore, the impact may be tempered by the mix of different rate types charged by a pipeline.

While cost-of-service rates certainly are affected, a pipeline also may charge market-based rates, negotiated or contract rates, discounted rates and settlement rates for which the policy change has no immediate effect. While numerous MLPs have announced that they will not be adversely impacted by the FERC statement, others have announced that they will restructure their MLPs to retain the income tax allowance.

In May, two MLP sponsors announced that they will each roll up their respective MLPs into their corporate structures and cited the FERC income tax allowance policy reversal as one of the primary reasons for the restructuring. Whether additional MLPs that are directly impacted by the latest FERC ruling will follow suit is yet to be determined.

Costs and complexity
In addition to new tax legislation, varying governance requirements and an evolving regulatory framework, there are many other factors to consider when evaluating whether an MLP structure is advantageous. Forming an MLP and taking it public undoubtedly adds additional costs and complexity. The added expense and effort involved in managing a public company and the regulations and disclosure obligations that result should not be overlooked.

Furthermore, when MLPs distribute all available cash to unitholders, the MLPs regularly tap into the capital markets for additional financing. Volatility in the capital markets caused by changes in investor appetite for MLPs—and energy securities generally—and the specter of rising interest rates can make this more difficult and expensive than it once was.

However, these expenses can be minuscule for many midstream companies relative to the tax savings that are achieved.

The results
MLPs have played an integral role in the midstream industry. They have successfully provided an avenue through which certain companies with assets generating qualifying income can more efficiently structure their organizations to reduce the tax burden of their unitholders, reduce the cost of capital, and provide more favorable governance.

However, today’s midstream environment is continually changing. Recent legislation and regulatory rulings have reduced the benefit to certain midstream companies of forming or maintaining an MLP.

Now is the time to evaluate whether the benefits provided by the MLP structure will outweigh, or will continue to outweigh, its added expense and complexity. This analysis is an individualized process that many companies are going through today.

This is evidenced by the recent simplifications of existing MLPs and the IPOs of new MLPs. Although recent legislation and regulatory rulings have reduced the marginal benefit of the MLP structure for the right companies, the MLP model can be hugely beneficial. 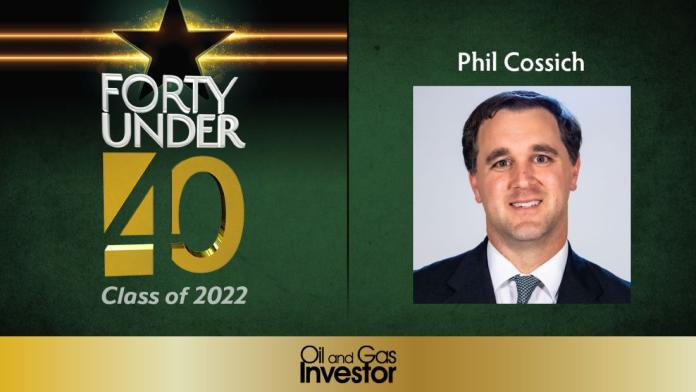 2022-11-16 - Today's featured Forty Under 40 honoree is Phil Cossich, who serves as CFO and treasurer of LLOG Exploration Co. LLC in Covington, La. 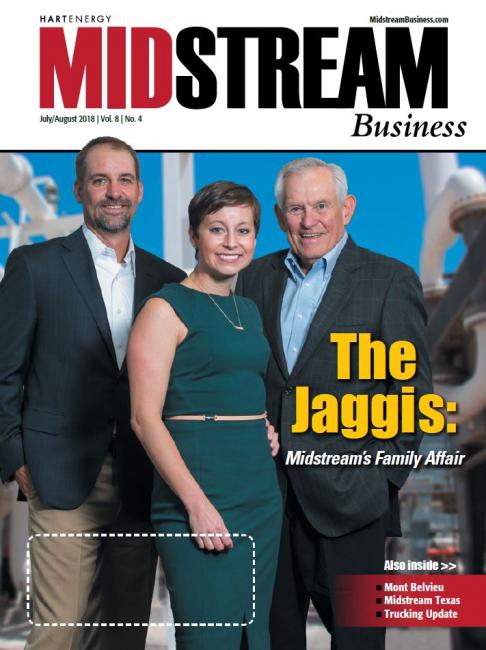